We had one of the most stacked cards to ever go down last night at UFC 259, and the beautiful thing of it, all of those match ups stayed together, totaling 15 fights from start to finish. 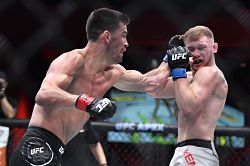 The preliminary main event showcased the greatest bantamweight of all-time, Dominick Cruz, who faced, and defeated rising star Casey Kenney, who was on a hot streak coming into their bout.

Many of us were left believing the former champions best days were behind him, but he proved us wrong last night.

This was a vintage Dominick Cruz performance at UFC 259, and it was incredibly exciting to see.

Kenney tried using his leg kicks, as Henry Cejudo did, but it wasn’t quite enough. Cruz didn’t come alive straight away, it took him about 60-90 seconds to find his groove, but once he did, the fight was his to win. 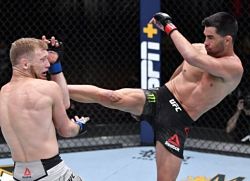 The significant striking totals were quite close, but Cruz was able to use his masterful footwork to baffle Kenney when needed, to slip out of the way and counter, and to put himself above in the striking department.

The overall striking totals weren’t as close however, as Cruz out-struck Kenney 115-74, and secured two takedowns against him late in the fight.

Most fans either scored it 29-28 or 30-27 for Cruz, just as two of the judges did, awarding him the split decision victory. 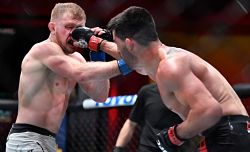 This was Cruz’ first win since June of 2016, and only his second fight in over four years. He’s shown us before though, ring rust isn’t a thing to him.

He proved that after being stripped of his title for inactivity, then coming back after exactly three years away to KO top five talent Takeya Mizugaki, who was on a five-fight win streak.

Cruz ended up getting injured again after this, and was out another 15-and-a-half months, before he was finally able to challenge then-champion TJ Dillahsaw, who he defeated via split decision to reclaim the throne he never lost in a fight. 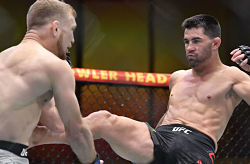 He’d defend his title once more, in his trilogy with Urijah Faber, who he handily out-classed to a unanimous decision victory, before losing it to Cody Garbrandt later that year.

After that, Cruz was scheduled against both Jimmie Rivera and John Lineker, but both fights fell through due to Cruz getting injured. He really has had one of the unluckiest careers in all of combat sports. 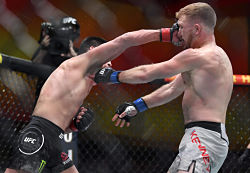 Three-and-a-half years later, and he was facing Cejudo for the bantamweight crown. Though he was losing the bout, he was making in competitive in round two, up until the incredible controversial stoppage happened.

That marked the first time Cruz had ever lost two-straight, and at 35-years-old, having missed that much time, many of us thought he wouldn’t be able to compete at a high level anymore.

That’s not at all the case however, as we were shown.

Going into his WEC debut against WEC featherweight champion Urijah Faber, Cruz had just won the Total Combat featherweight and lightweight championships. He was doing well against Faber too, until he got submitted (guillotine choke) just 98 seconds into round one.

For a minute there he was giving Faber all he could handle. 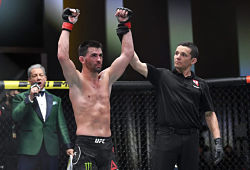 Cruz then KO’d his next opponent in an Arizona regional show, before returning to the WEC at featherweight.

Four-straight victories would follow over the likes of Charlie Valencia, Ian McCall, Ivan Lopez, and Joseph Benavidez, before challenging Brian Bowles for the WEC bantamweight championship.

Cruz absolutely dominated Bowles and walked away the victor via TKO at the end of round two, and he was now the WEC bantamweight champion. 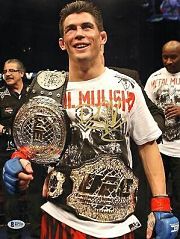 Two title defenses would follow, over Joseph Benavidez and Scott Jorgensen, before being promoted to UFC bantamweight champion. Upon joining the UFC, Cruz avenged his only defeat, to Urijah Faber, defending his title in the process, before defending it against perhaps the greatest fighter ever, Demetrious Johnson.

After this is where his long string of injuries started to really take their toll on his career.

It’s great to see ‘The Dominator’ back on the winning track. He improved his professional record to 23-3 with this victory, and now that we know he’s still got it, it’ll be very interesting seeing what the UFC decides to do with him next.

Who would you like to see Dominick Cruz face next?

By Alex Behunin 6 days ago