Welterweight Hayder Hassan is one of several new signings for BRAVE Combat Federation and will be putting a three-fight winning streak on the line in the main event spot, something which is rare for a debutant. He’s aware of the importance of his bout against Carl Booth in the main event of BRAVE CF 32, which will take place on December 14th, in Bishkek, Kyrgyzstan, in partnership with WEF Global, and hopes to “scrap it out” with “The Bomber”.

After his last sparring session at the world-renowned American Top Team, Hassan spoke of his excitement at flying out to Kyrgyzstan and being a part of the first event co-promoted between the fastest-growing MMA organization in the world and the biggest Kyrgyzstani promotion.

“I’m so excited to fight in front of my brothers and sisters in Kyrgyzstan and I can’t wait to make my BRAVE CF debut. I’m fighting a very tough guy in Carl Booth. I love his style, he’s like myself, always goes forward. He’s a warrior and brings the fight like myself. I can’t wait to scrap it out with him and I’m hoping for a good scrap against Carl. Don’t miss it guys!”, said Hayder.

A dangerous stand-up with a wrestling background, Hayder Hassan has six KO/TKO victories and will hope to add one more to his resume on December 14th. A win over a former title contender in Booth could potentially move Hassan further ahead on the line to challenge reigning world champion Jarrah Al-Selawe.

BRAVE CF 32 takes place at the Sport Palace Kozhomkul, where the first co-promotion between BRAVE Combat Federation and WEF Global takes place. In total, eight nations will be represented, with fighters from Brazil, USA, England, Russia, Mexico, Sweden, and Uzbekistan taking on Kyrgyzstan’s finest in a fight card which promises to take the local MMA scene to the next level. 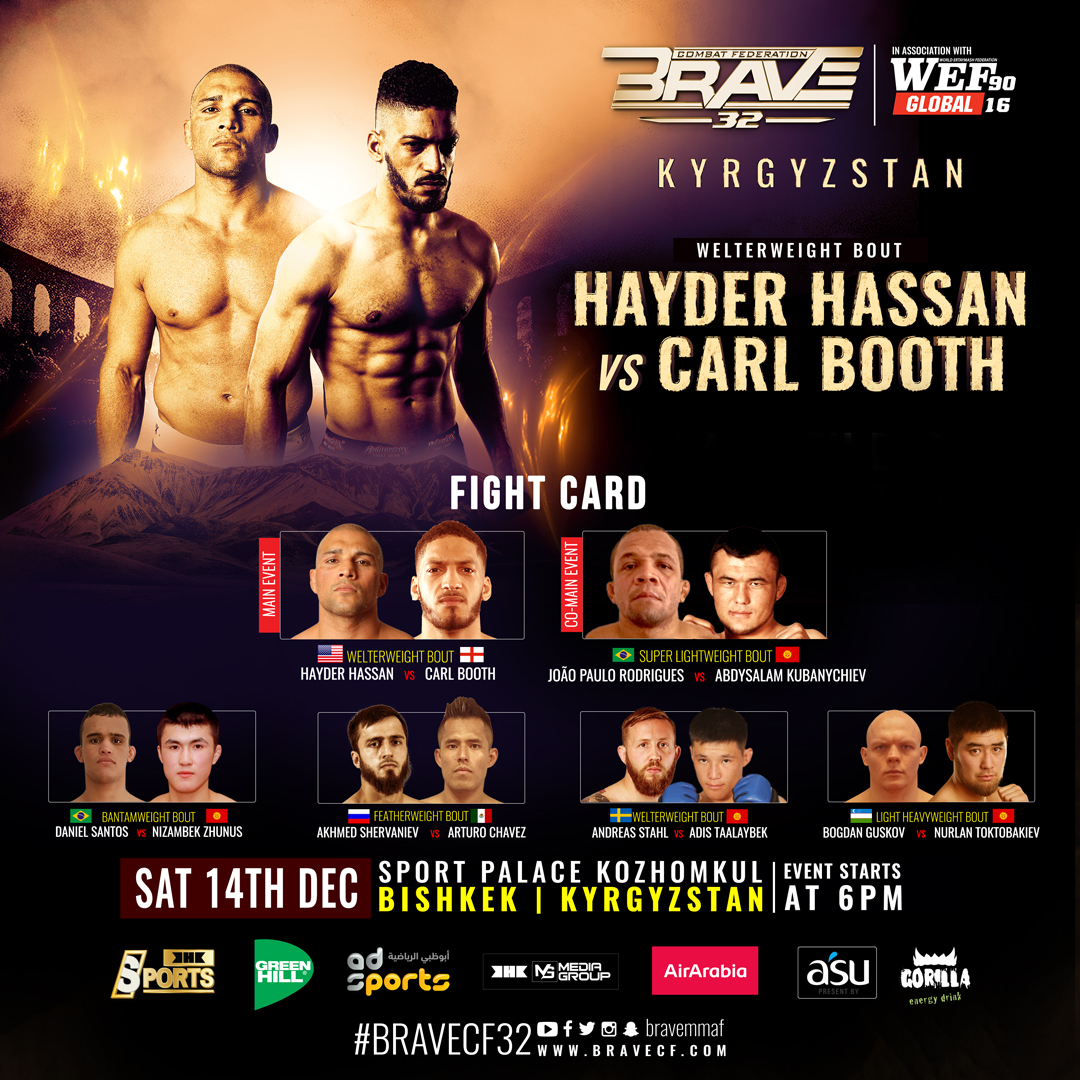 By John Eric Poli 53 mins ago