A rematch nearly ten years in the making set to go down next month at World Fighting Championships’ WFC 147, as heavyweights Antwan Phillips and Jeff Hughes will square off at MGM Northfield Park in Northfield, Ohio on Feb. 25.

The bout is a rematch of their showdown from NAAFS: Night of Champions in 2013, where Phillips took home the NAAFS title with a unanimous decision over Hughes. Phillips had one more fight after that and then didn’t fight for more than six years, while Hughes turned pro in 2014 and won his first six bouts, eventually becoming LFA heavyweight champion and competing four times in the UFC from 2019-2020.

Phillips is now 3-1 as a pro, but he comes in looking to rebound from his first loss at the hands of unbeaten Austin Green at B2FS 150 last May.

Hughes, who has a 10-4 record, will fight for the first time since being cut from the UFC after a loss against Juan Espino at UFC 253 in September 2020.

Taylor is 5-5 and is ranked as the No. 2 pro featherweight in Ohio. After wins over Adam Kehr and Charles Stanford last year, he came up short in a title fight against Ethan Goss at 247 FC in October. Castillo is a veteran of 29 MMA bouts, and he comes in looking to snap a two-fight skid (one in MMA and one in boxing) after posting three straight wins at the end of 2021 into 2022 (two in MMA and one in boxing).

The Ohioan Rall is 4-7 in MMA and 2-6 in boxing, but the No. 7 ranked bantamweight in Ohio has actually won his last two MMA bouts via first round stoppage – a TKO over Roosevelt Archie and a submission over Andre Small in 2021. Robles comes in from Indianapolis looking to move to 2-0 as a pro after a 34-second knee bar submission win in his debut at B2FS 168 last year. 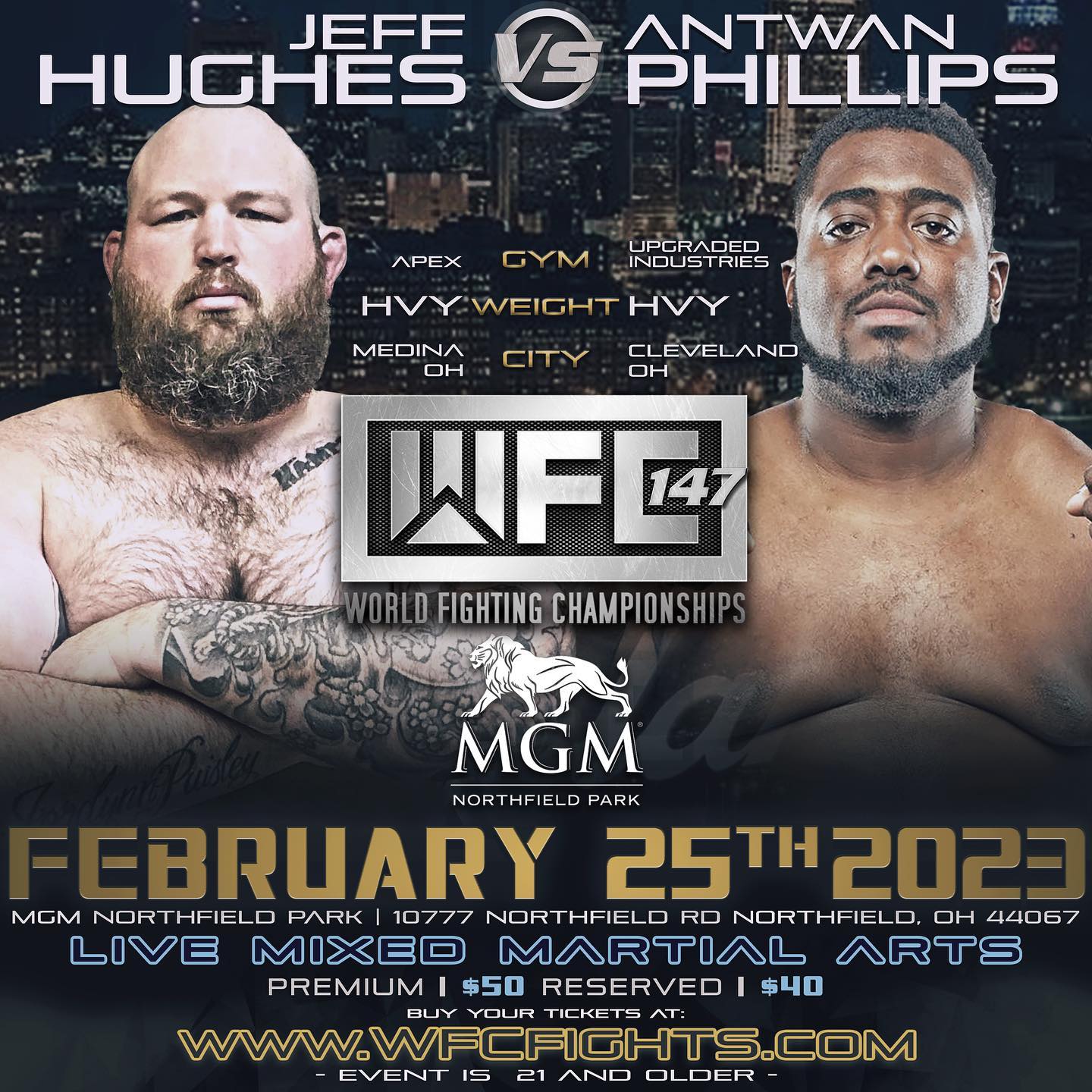