While bareknuckle fighting has been around for a while and is thriving in the States,  this bareknuckle MMA card is the first of it’s kind, which is what partially inspired the promising bantamweight prospect to take this fight on short notice and go up a weight class to seize the opportunity when it arose.

When asked about it, Weems stated, ” I saw an opportunity to be a part of history and that really appealed to me. Also, I believe the fact that it’s the first one draws a lot of attention to it. There’s going to be a lot of eyes on this card.”

Josh Weems brings a 8-1 MMA record to his match up and is coming off a third round kimura finish from his previous fight. He’s also competed in boxing as well as bareknuckle boxing and believes his experience in the sports will aid him in his bareknuckle MMA debut, stating, ” It’s a little more challenging because of the risk of hand injuries and you get cut open easier, but at the same time I feel like the lack of gloves is an advantage to my grappling game.”

While Weens is best known for his abundance of finishes and knows his opponent has a stealthy Muay Thai record, Weems says he feels extremely confident wherever the fight goes, explaining, ” I know I’m probably most known for my ground game but I’m really not a fan of being called a submission artist. The past couple years I’ve worked really hard to round out my game and believe I’ve succeeded. I know Jorge Masvidal is going to be there and I want to put on a good show. I have a lot of tricks up my sleeve.”

Weems hopes a stellar performance puts him in a position to be called up to a big show like UFC or Bellator. He wants to take MMA as far as he can and one day hopes to open his own gym. The born and bred Mississippian says the state is his stomping grounds and he looks forward to representing his state, along with the gyms he trains out of ( Killer Bee Jiu Jitsu and Black sails MMA ) come Friday night. 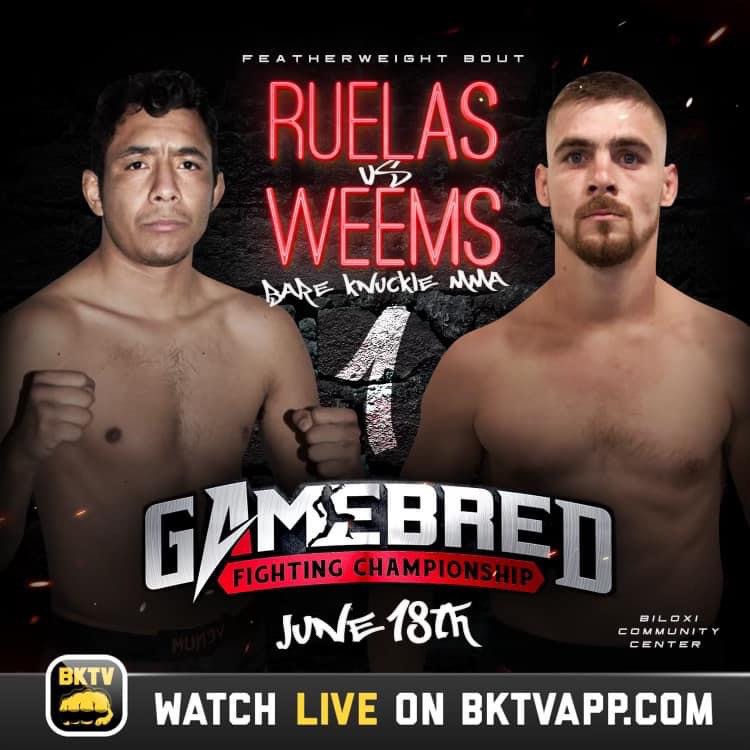 By 'Beautiful' Bob Meloni 15 mins ago