RANCHO CUCAMONGA, CA. (October 10, 2017) – King of the Cage returns to Citizens Business Bank Arena in Ontario, California on Saturday, December 3, 2017 with a nationally broadcast event headlined by two world title bouts. The Main event will feature current champion Juan Archuleta vs. Mark Dickman for the Bantamweight World Title. The co-main event will be a battle between current champion Stephanie Frausto vs. Cynthia Arceo for the Women’s Strawweight World Title. 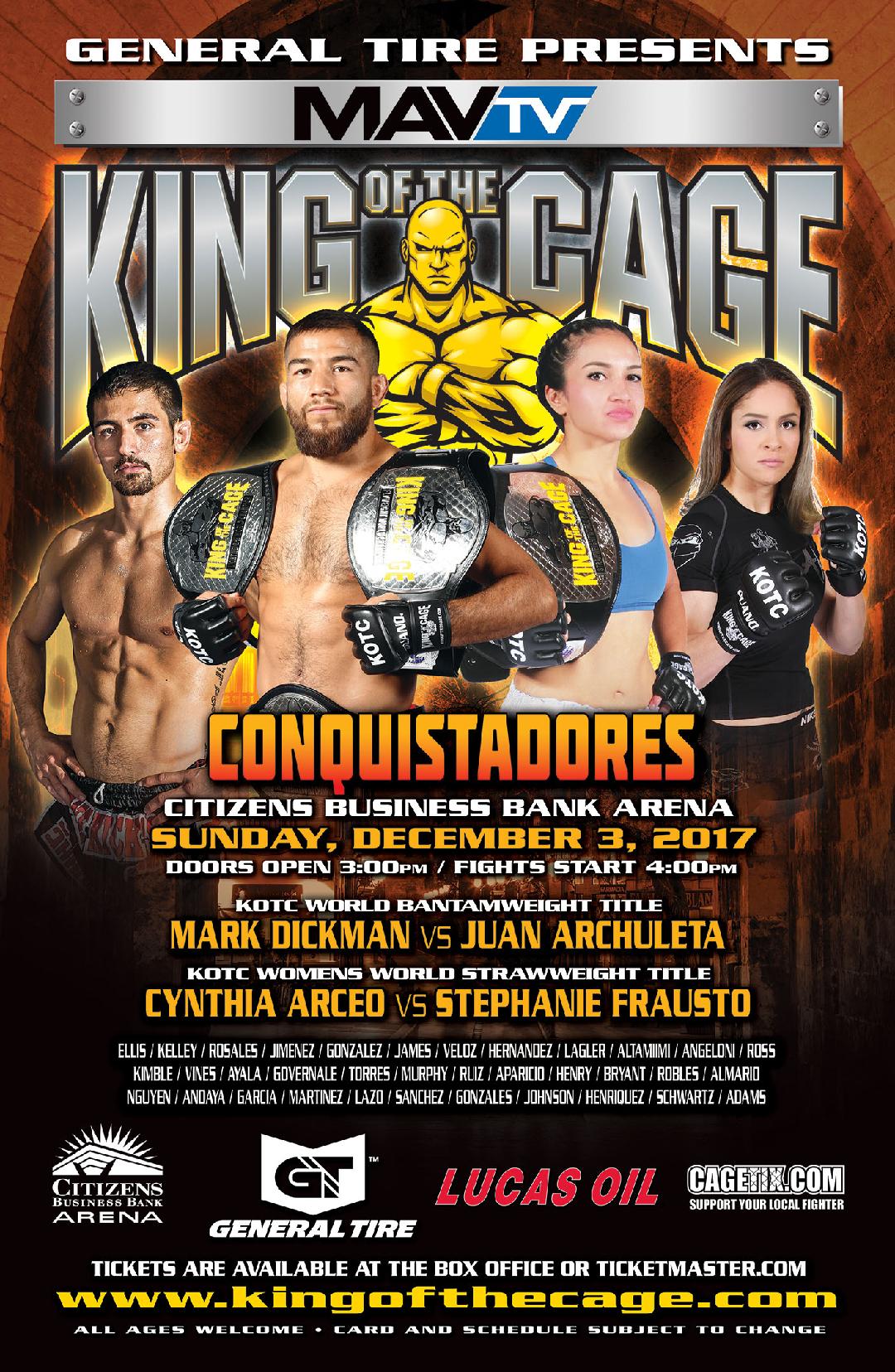 Reserve seating and Ringside tickets on sale soon. For more information or to purchase tickets, please visit online at Ticketmaster.com, all Ticketmaster locations, or by phone at 800-745-3000.

This day in ONE Championship history: N Sang vs Bigdash II