This past Saturday, SOGI aka the Submission Only Grappling Invitational held their third event at 10th Planet Long Island in New York.  The main feature of the card was a stacked 20 man tournament at 155 pounds, with competitors flying in from all over the country to get a crack at the belt.  There were also numerous superfights to open up the event and give the tournament competitors some time to rest in between rounds of the bracket.

Much to no one’s real surprise, Keith Krikorian won the lightweight tournament and the $2,000 cash prize by submitting all four of his opponents, 3 of which in regulation.  Keith is a brown belt under the 10th Planet system and won 10th Planet’s Nibiru Warrior of the Year award for 2018 because he has been such a stand out competitor for the 10th Planet squad.  He travels all over competing in tournament after tournament and if you can think of a promotion he has probably won one of their events.  He is a two time Finishers Sub Only Champion, a three time Sub Spectrum Champion, Onnit Invitational Champion, Submission Challenge Champion, EBI veteran, and the list goes on and on.  It’s somewhat shocking that he is still a brown belt considering how he has been tearing through his competition the past couple of years.  He also took second place at both ADCC trials this past year, which earned him an invite to the 66 kg division this September.

Jordan Holy, a black belt training out of The Holy Grail in Texas, gave Keith his most competitive match taking him to overtime in the finals of the tournament.  Jordan has also been making waves on the competition scene lately and he is certainly a competitor to keep an eye on.  It shouldn’t be hard to find him because he has been jumping into every jiu jitsu event he can find to get an opportunity to compete and make a name for himself.

After only three events, SOGI has managed to bring in some really high level talent and it is obvious that the fans are interested in their match ups.  You can see in the live stream that people were lined up outside of the windows of 10th Planet Long Island just to scope out the action as it unfolded.  They have had some issues with the quality of their live stream and are currently looking for sponsors to help them take the stream to the next level.  Anyone who is hoping to sponsor the event can contact Chris Shahgholi, the event promoter. 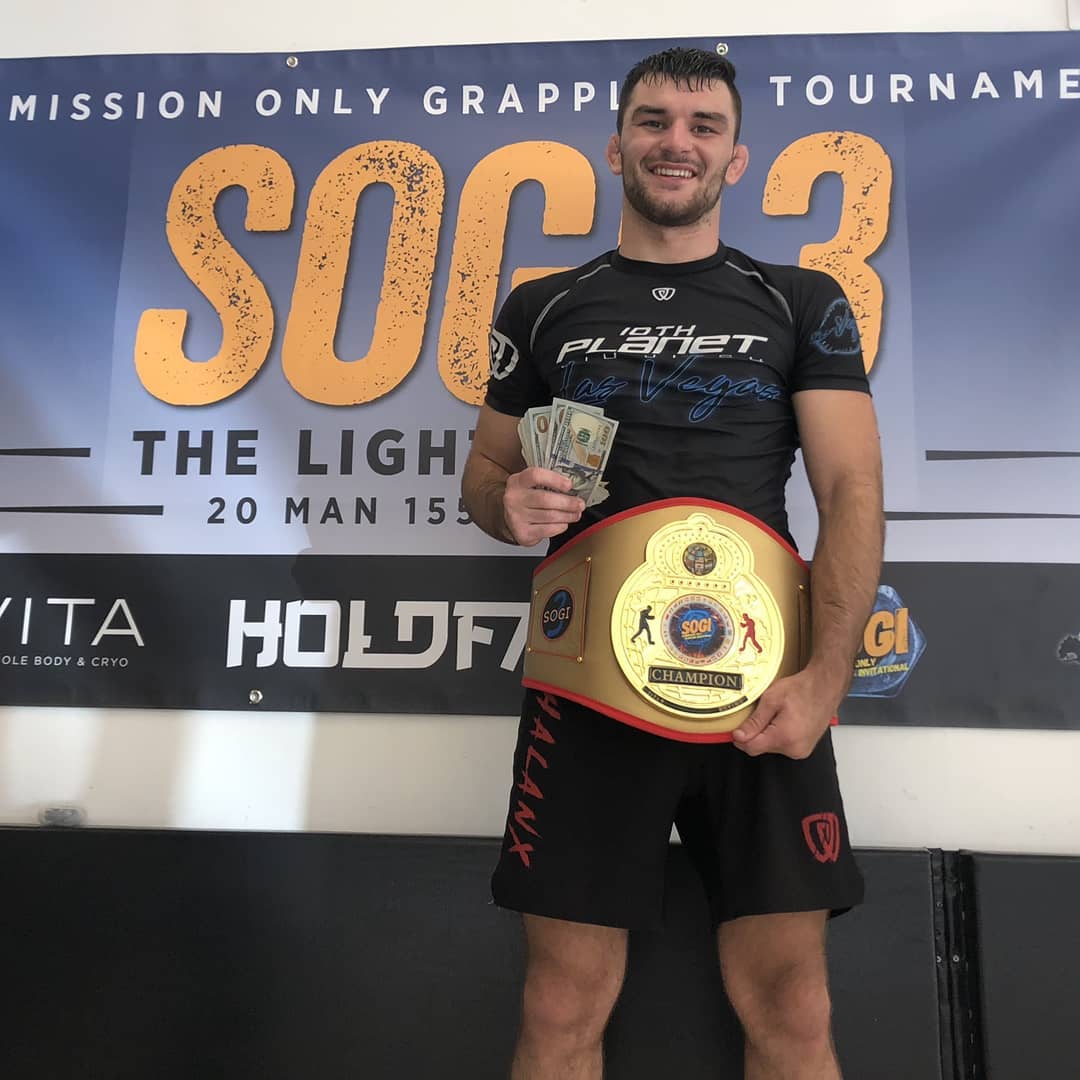 Sean Woodson: Not impressed with his performance against Youssef Zalal, now believes in ring rust