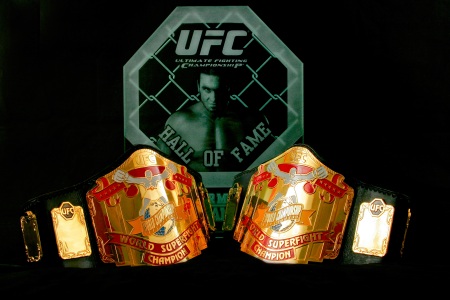 MyMMANews – MyMMANews.com  speaking with UFC Hall of Famer, Ken Shamrock. Thanks for joining us Ken. Before we start you know, I was speaking with Ashe Bowman the other day and he wanted me to make sure that I didn’t only introduce you as a ‘UFC Hall of Famer’ but also a ‘Legends of MMA’ Hall of Famer as well, a hall on which Bowman is the President.

MyMMANews – So, the big news you released last week was that you are going to take a bare knuckle boxing bout against James Quinn McDonagh. The fight is going to take place in April in the United Kingdom. Can you tell us a little bit about how this fight came to be?

Ken Shamrock – “Yeah, obviously every time you flip on the phone or Facebook or Twitter or some social media site there’s somebody that’s brawling, whether it’s an MMA fight or a no-holds fighter or it’s bare knuckle it seems like it’s what people wanna see. And with that I thought ‘you know what’, an opportunity came my way with a guy named Jack O’Hagee and I thought ‘you know this guy’s really not accomplished but I like where this is at, I like what I am seeing as far as the interest that people are trying to look and find these things’ so I said ‘you know it would be great to find an opportunity like this with a better opponent,’ not that Jack’s not a tough guy cause I think he is but he just doesn’t have credentials that would make for an opponent for me so I thought well alright this is not gonna work so I just kind of let it alone and then a couple weeks later they got back to me and said they really looked at this and they found somebody they thought would be a great opponent for me and then of course James Quinn was the name and I did some research and I said ‘you know what, great opportunity to take no-holds barred which is where it is at with this guy, bare knuckle boxing which is what everybody started out loving in the first place and make it into something professional. So that’s really how I got involved was with m interest to really be on the cutting edge of something new again.”

MyMMANews – If you look up some of Quinn’s fights which are available on YouTube on other such platforms, they are not really in a professional setting. It’s kind of like he and a couple of guys pull up on a dirt road somewhere and just film it, kind of like the Kimbo fights. Obviously with you involved and traveling to the UK there is going to be a bit more to it professionally one would hope. Are there any rules that were discussed or has a venue been set?

Ken Shamrock – “Well if you look back to when the UFC first started even though they had an octagon and the guys were fighting, it looked pretty rough to me too. It didn’t look very professional. Very few guys were in there who actually knew what they were doing. That’s what happens things really just first start out. It just looks rough. But what you look at is, is there an interest? Are people looking to want to see something like that? Then you can go from there. That’s really what drew me and the interest I got in it and I think that you know with myself and with Quinn, cause Quinn is the best at what this is, and I was one of the best at what I did as far as the MMA and no-holds barred world and bring those together and try to bring this visibility and get this sanctioned and put it in whether it’s a hexagon, or whether or a ring or a rope and make it professional. Get it out there so people can watch it and also the people who are fighting can make a living out of it.”

MyMMANews – So Ken, you’ve been there and done that. You are a true pioneer in the sport starting out at UFC 1. You’ve done pro wrestling, you are the founder of the Lion’s Den, you’ve been a bodyguard, hall of fame, etc. Obviously people are wondering, why? What do you have to gain from this fight? You don’t really need to do it and with you turning 51 years old shortly people want to know what your drive is for taking this fight.

Ken Shamrock – “Well it’s like this…most people when they live life, tend to be brainwashed that this is all there is. This is all there is to life and I say ‘crap to that because if that’s all there is, then that’s all you’re looking for.’ I wanna look to live life the way I want to live it, live it to the fullest and enjoy life the way I want to enjoy and not want what people say ‘is that all there is’ or ‘is this all there is’ because if you believe that’s what people are telling you then that’s all there is. But if you believe that there is more and you can make more, and make things happen and live on the edge and have fun and you are not hurting anybody by doing it then I say do it. But don’t live the same old cliché’ you know when people say you are 30 years old, it’s time to hang them up and sit on the couch and drink beer and have fun with your family and grow old and die. But that’s not me. I say ‘hey live life, it’s just beginning, it’s now just beginning. As long as you stay in shape and you love doing what you are doing, then do it. Have fun with your family, have fun with your life and enjoy yourself.”

MyMMANews – As we mentioned, you are the founder of the Lion’s Den. Is that something you go back to for this fight? Training with those guys and going over the grassroots, where you started? 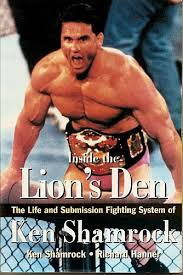 Ken Shamrock – “Well I’m definitely going back to the grassroots. It’s funny how people say ‘well this is bare knuckle. This guy’s been fighting in it for this many years and this and this and this.’ It’s funny because people don’t even remember what the Lion’s Den was like. We started, for almost seven years, that’s how we trained, bare knuckle. And so it’s quite interesting when people make statements and they are uneducated. But it is what it is. You can’t really try to educate someone that’s doesn’t know. Cause when you do they just look at you with a blank face like ‘what are you talking about?’ So, I’m gonna enjoy this. I’m gonna have fun doing it and it’s going to be a blast for me to be able to open people’s eyes to what bare knuckle fighting is all about.”

MyMMANews – If you had to choose one moment to define your legendary career what would you say is Ken Shamrock’s greatest moment?

Ken Shamrock – “My greatest moment is basically being a father. I just, I have a great family. I have great kids. I have a good wife. Listen, I’ve got everything that a man wants you know? So that’s why I am able to do what I wanna do and have fun at life, cause I don’t have to worry about the other things in life. It’s a great time for me. So when other people are asking questions ‘well you don’t have anything to prove,’ I don’t. I have nothing to prove but I’m gonna live life to the fullest and I’m gonna have fun doing it.”

MyMMANews – Last question, do you think that after this fight you are going to make this bare knuckle boxing thing a career or do you see how this fight plays out? Can you give us some insight as to your plans or if you’ve thought that far ahead?

Ken Shamrock – “I don’t know. Like I said, I’m living life and having fun and enjoying myself. Who knows what is next? I just know that I’m not gonna allow someone to tell me what life can and can’t get me. I’m gonna have fun man and if something comes up and I’m gonna have a blast doing it, I’m gonna do it.

MyMMANews – Thanks so much for talking with MyMMANews.com Ken. We wish you a safe journey across the pond to the UK and good luck with the fight.

Ken Shamrock – “Well hey, I appreciate it and thank you and God Bless.”