Kyle Daukaus is a great example of perseverance that many mixed martial artists with big dreams should take note of.  He started his amateur fighting career at heavyweight. As he continued to train hard and lose weight, he took a few fights at light heavyweight.  He still wasn’t happy and knew if he was going to reach his goal of becoming a UFC fighter, he had to do more. Daukaus slimmed down even more and made the full-time move to middleweight.  His record wasn’t great at 5-5, but he and his head coach, Will Martinez felt it was time for Kyle to turn pro.  He has not looked back.  Daukaus is 9-0 with 8 finishes.  It was shocking to many when he got the opportunity on Dana White’s Contender Series and mauled an 8-1 Michael Lombardo for 3 rounds to the scores of 30-26 30-25 and 30-25 and was not awarded a UFC contract.

Daukaus did not sulk after this and continued dominating on the regional scene with 2 more finishes.  His opponents combined records is 56-21.  He has basically done all he could do locally and as Covid-19 and the pandemic hit, he kept working every day hoping for that call and was determined to be ready if a short notice chance came.  It did.  He received the offer from the UFC this week and without hesitation signed on the dotted line to enter the cage with Brendan Allen (14-3).  The Martinez BJJ fight team member gave MyMMANews a few minutes to talk about his whirlwind week and his take on the fight.  He tells us…

“I don’t feel any pressure.  It’s a short notice fight.  I’m expected to lose. But come fight day, I’m going to surprise everybody and put everybody in that weight class on notice.  I haven’t missed a single day since this pandemic started.  I’m in the best shape of my life.  My strength and conditioning numbers have all gone up.  My numbers on the bike have as well. I enjoyed the moment for about 30 seconds after I got the call and then I had my game-face on. It’s no different than any other fight that I’ve had.”

Kyle Daukaus has 8 finishes by submission, but do not let that fool you.  Many of his opponents were softened up on the feet and then finished on the ground.  He is very well-rounded and he and his brother Chris, who is one of the top heavyweights in the region, are both certified Bang Muay-Thai instructors.  He will be comfortable wherever the fight goes.

Stay right here on the greatest combat sports website known to man, woman or whatever gender you identify as,  for live results and recaps. 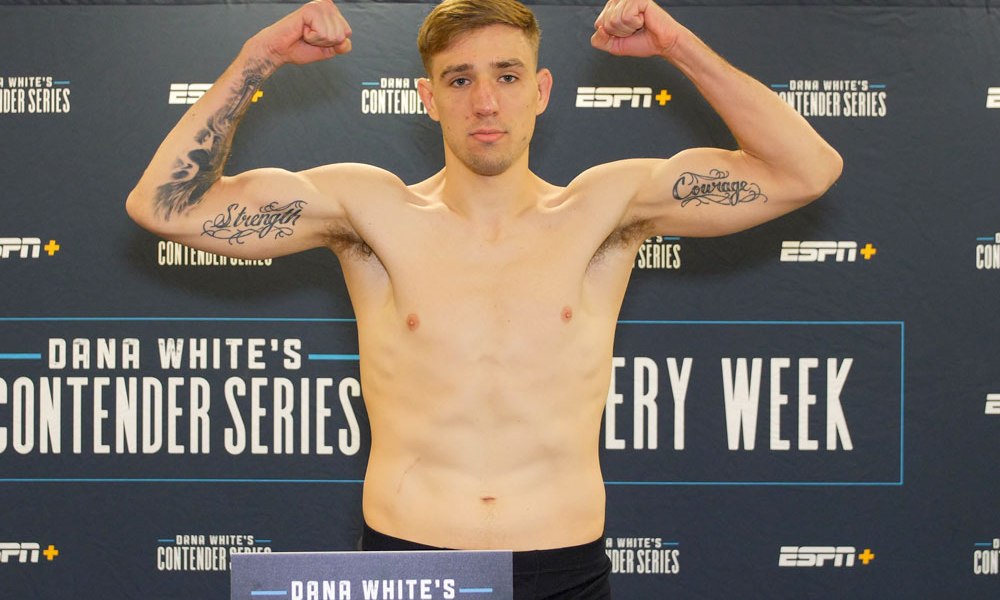 By John Eric Poli 56 mins ago