For many competitors, the year 2020 was a dark period of uncertainty. Cancelation of sporting events, travel restrictions, and business closures, one’s livelihood were being stripped away by uncontrollable circumstances.

For Martin “King Kong” Zawada, his walk into KSW 58 is one of immense anticipation and, with his extended absence from the fight scene, one of great importance. It was over two years ago when Zawada graced fight fans with his presence. Shocking the world at KSW 49 in 2019, Zawada would score an impressive unanimous decision victory over UFC veteran Thiago Silva. The win was a surprise to many. For Zawada, it was a foreseeable outcome, which is a testament to his self-belief of being able to contend with any competitor standing across from him.

“The fight against Thiago was huge for me, “Zawada told MYMMANEWS. “I dominated him in the stand-up and knocked him down twice. It was a great experience. It showed me and all the people that I can fight and win against the best fighters in the world.”

The second half of 2019 saw Zawada aiding teammates in preparation for their upcoming fights. One training camp Zawada took part in was his brother, David Zawada, a rising star who competes in the UFC. As 2020 came into being, Martin Zawada found himself ready to take on another fight. All of his aspirations would come to a halt, as an unforeseen health pandemic would cause a drastic shift in those plans. Like many competitors, Zawada was deeply affected by the COVID-19 crisis.

“During that time, I felt like something was missing in my life. I deeply missed training and competing”.

Zawada was able to navigate through the turbulent storm of 2020. Time away from competing allowed the fighter to heal injuries, relax, and spend time with his family. As the storm has finally cleared, the forecast spells King Kong’s return to action. Martin Zawada will be competing in the main event at KSW 58, airing live from Lodz, Poland. Zawada prides himself in taking on formidable challengers, which he will find in his opponent at the upcoming event.

Zawada’s opponent at KSW 58 will be Olympic gold medalist weightlifter Szymon Kolecki. Koelecki’s last appearance was also in 2019, where he secured two dominating TKO victories. Zawada is looking forward to the upcoming confrontation. He believes his experience, fight strategy, and hunger for victory will be the determining factors that will give him the edge over his opponent.

“I am training really hard for this fight and looking forward to the challenge, “Zawada said. Kolecki is a tough competitor, but my experience and knockout power is better, as I will be looking for the finish. The fans are going to see an exciting fight.”

The long wait is finally over for Martin Zawada as his intent is set on putting on another dominating performance at KSW 58. Just recently, Zawada signed a new contract with the company, as it seems he is making KSW his permanent fight home. A victory over Koelecki helps build momentum in hopes to be a prosperous venture in KSW. 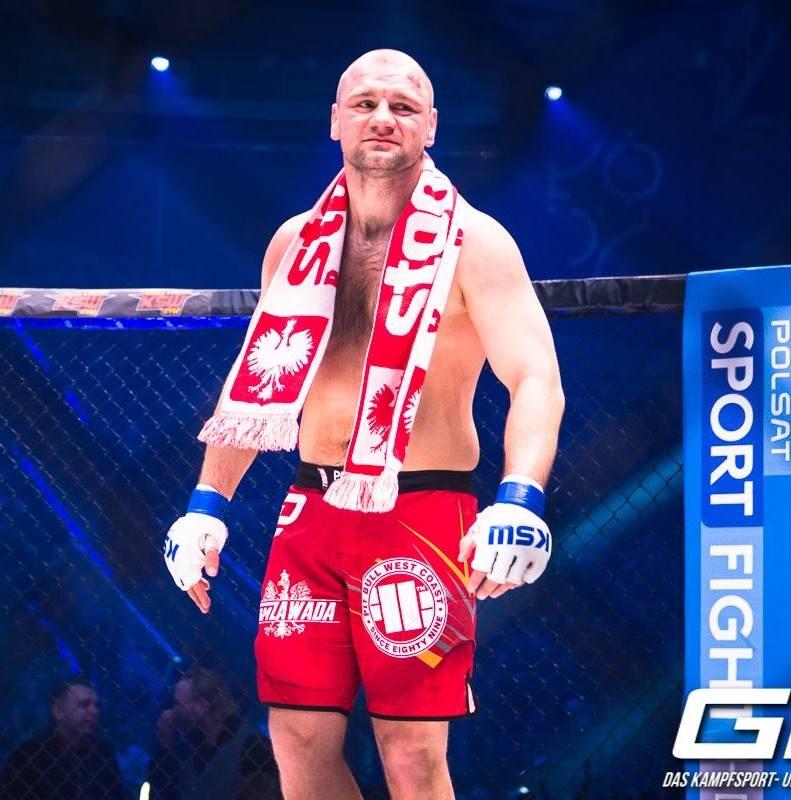