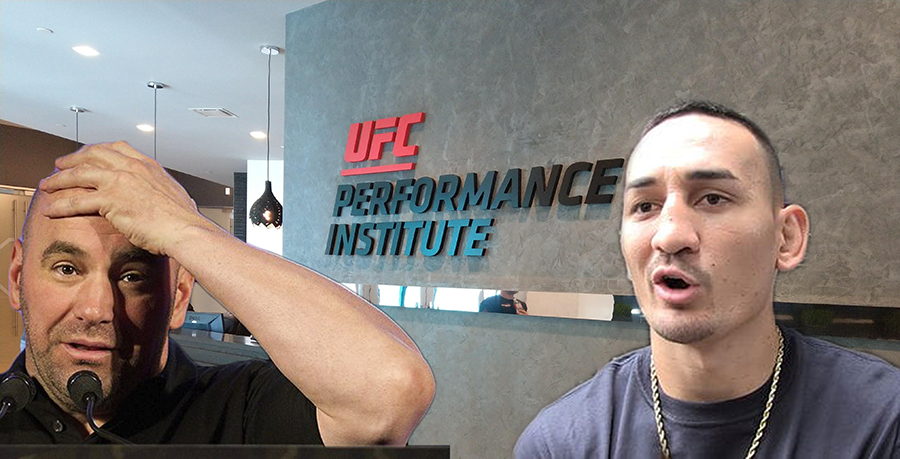 By now, everyone has heard the latest theory to come out about Max “Blessed” Holloway’s withdrawal from UFC 226. On Monday, Dana White told Kevin Iole of Yahoo Sports that he had heard Holloway had been water-loading. Water-loading is a concept that increasing water consumption over a short period of time tricks the body into flushing out more water once it is removed from the diet.

“When you water-load, I didn’t know this, for those of you who might not know either, there is such a thing as water poisoning and you can actually drink too much water and die from it,” White continued.

Here is the problem:

Water-Loading is actually outlined at the UFC Performance Institute. In the UFC Performance Paradigm outline, Phase 3 – “Late Camp” details water-loading based on a fighter’s weight percentage over the weight class. In said phase, it is noted that drinking upwards of 7.5 gallons of water over three days would put that fighter on track to making weight.

Nevermind that suggests drinking more than 60 lbs. of water over 72 hours will make you lose ten pounds. The day before weigh-ins it is recommended that minimal, if any water is consumed. White praised the Performance Institute upon opening earlier this year, claiming to have, “the best training facility here on planet Earth.”

There is medical terminology and a California criminal hazing case relating to this exact concept. In 2005 a student at California State University died from water intoxication during a hazing event at a fraternity. The student suffered from hyponatremia, when excess water causes sodium levels to drop.

Either way, I think this will show fighters moving forward as an example of what not to do.

By Dylan Bowker 24 mins ago