Gerald Meerschaert started Roufusport fighters out on a strong note when he earned a submission victory against his Polish opponent, Oskar Piechota (11-1-1). Meerschaert earned his twenty-eighth career victory improving to 4-1 in the UFC and 28-9 overall in his career. Teammates Paul Felder and Anthony “Showtime” Pettis fight tomorrow night on the UFC 226 main card. 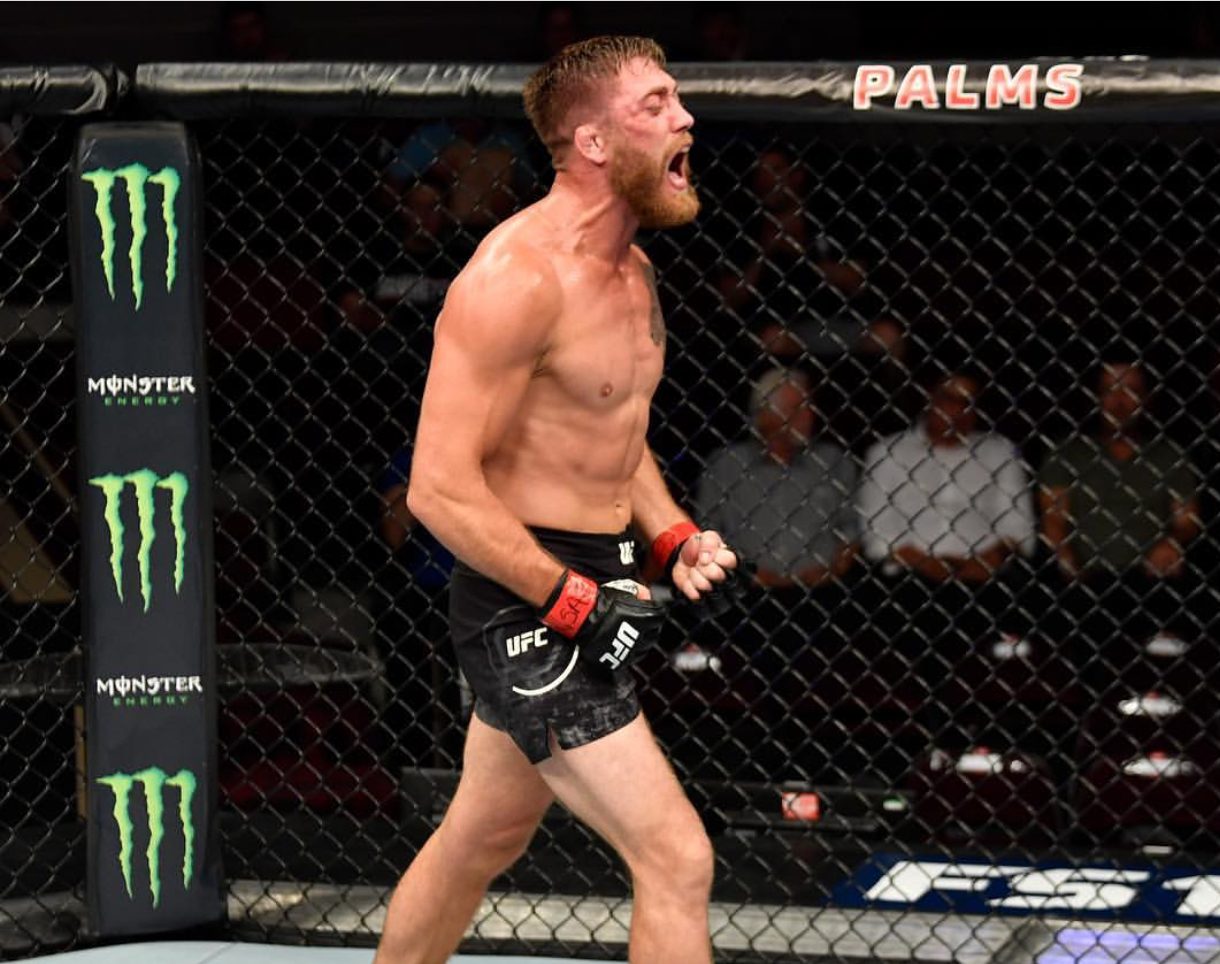 Meerschaert entered the fight against Piechota as the underdog, pushing through adversity in the first round to eventually finish the undefeated fighter.

The entire first round went the way of Piechota. He controlled the standup as well as the grappling on the canvas. Meerschaert weathered the storm of Piechota, fighting off the top advances while limiting the amount of damage Piechota could inflict from full-mount. After bucking Piechota off a couple of times, Meerschaert ended the round escaping a front headlock to snagging a front headlock of his own to landing a few knees to the body of Piechota.

Being corned by Roufusport Head Coach, Duke Roufus, Roufusport Head Striking Coach, Scott Cushman, and teammate, Mike “Biggie” Rhodes as they talked confidence back into their middleweight fighter. While Rhodes held ice packs on the back and chest of Gerald, Head Coach Duke Roufus asked Meerschaert to increase his volume and to be the aggressor to the takedown.

Round two started out just as Roufus asked, Meerschaert poured it on Piechota in round two. Landing several strikes followed up by a takedown, Meerschaert owned Piechota throughout round two, breaking his will. At one point the Roufousport middleweight pressured Piechota against the cage landing a barrage of punches, elbows, and knees to the Polish fighter. Referee Chris Tognoni asked Piechota to defend himself.

Come from behind! Gerald Meerschaert III gets the tap in round 2! Wow! #TUF27

Meerschaert whipped Piechota to the canvas, landing several ground-and-pound strikes before scooping up the neck without any hooks in, and sinking in a deep Rear Naked Choke and finishes the BJJ black belt via submission. The submission came in the second round at 4:55.

“I’m half Polish, and that must be where my toughness comes from because he was a tough dude.” Said the Racine, Wisconsin native explaining how Piechota was one of the toughest fighters he has ever fought in his post-fight interview with commentator Jimmy Smith. GM3 is now 28-9 and 2-0 at TUF Finales.

GM3 displayed great patience inside the octagon and then proved his heart is larger than the average middleweights. The Roufusport middleweight executed a perfect second round to capture a win in what can be considered the comeback of the year thus far in 2018. Options are open for Meerschaert at middleweight and a possible leap into broadcasting as he mentioned in the post-fight interview.

Follow My MMA News on social media at @MyMMANews for all updates on Gerald Meerschaert UFC career.

Gerald Meerschaert def. Oskar Piechota via Rear Naked Choke Submission in Round 2, at 4:55.

By Adam Martin 14 mins ago

By Joe McDonagh 13 hours ago