Mickey Gall has made a career changing move.

After years of training in his home state of New Jersey, Gall has now headed south to sunny warm Florida to train at Sanford MMA.

Gall was invited down by the gyms head coach Henry Hooft just to workout and after going to two sessions in the gym, Gall knew he had to make the move to help benefit his career.

Not only is Gall getting the benefit of training with some of the top coaches in the world, but he is also training with a number of high level athletes including several top welterweights like Gilbert Burns, Jason Jackson and Ian Garry.

While Gall is now calling Sanford MMA his home gym, he will always be loyal to his previous home base of Gracie New Jersey Academy and when he’s back home, he plans on stopping in for workouts and helping his friends out as well.

Before he heads back to Jersey, Gall will look to take care of business against Mike Mallot as the two will be opening the preliminary card of UFC 273.

Prior to the fight, Gall spoke with MyMMANews about the matchup, his move to Florida and his podcast which he just recently started called MGGM.

You can watch Gall’s full interview in the video above.

Order and watch UFC 273 below: 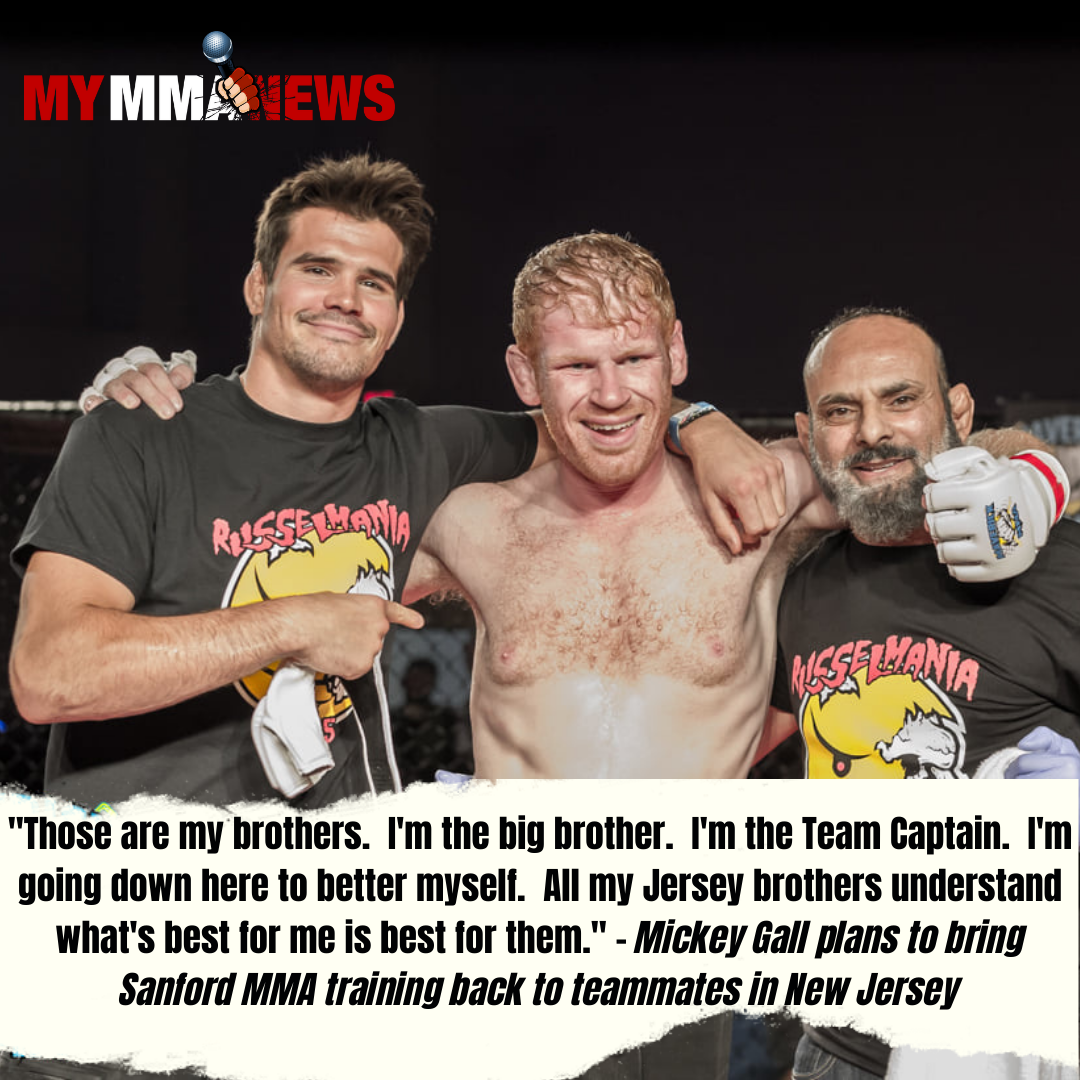