Mackenzie Dern is ready to go to war this weekend when she takes on Tecia Torres on the main card of UFC 273.

Fans have had their eye on this fight and Dern understands why as she believes the fight could have a fight of the night bonus written all over it due to both her and Torres having styles which feature a lot of pressure.

Prior to the fight, Dern spoke with MyMMANews on fight week to discuss the matchup. In particular, she stressed how much she worked on improving her skill set since suffering a loss in her last outing to Marina Rodriguez.

In the loss, Dern felt some pressure leading up to the fight as many media members and fans thought the fight could potentially be a title elimination fight. Aside from feeling some pressure, Dern also realized after going 25 minutes with Rodriguez, that there were areas of her stand up game that needed some work.

Since the loss, Dern first underwent knee surgery to clean up her meniscus and once returning to the gym, Dern and her head coach Jason Parillo have spent a lot of time improving Dern’s striking. Now Dern will look to show off everything she’s been working on this weekend.

Aside from discussing the matchup with Torres, Dern also spoke in detail about her knee surgery, which marked the sixth surgery of her career and life outside of the octagon. You can watch her full interview in the video above.

Order and watch UFC 273 by clicking the banner below:

A full list of fights scheduled for UFC 273 are listed below: 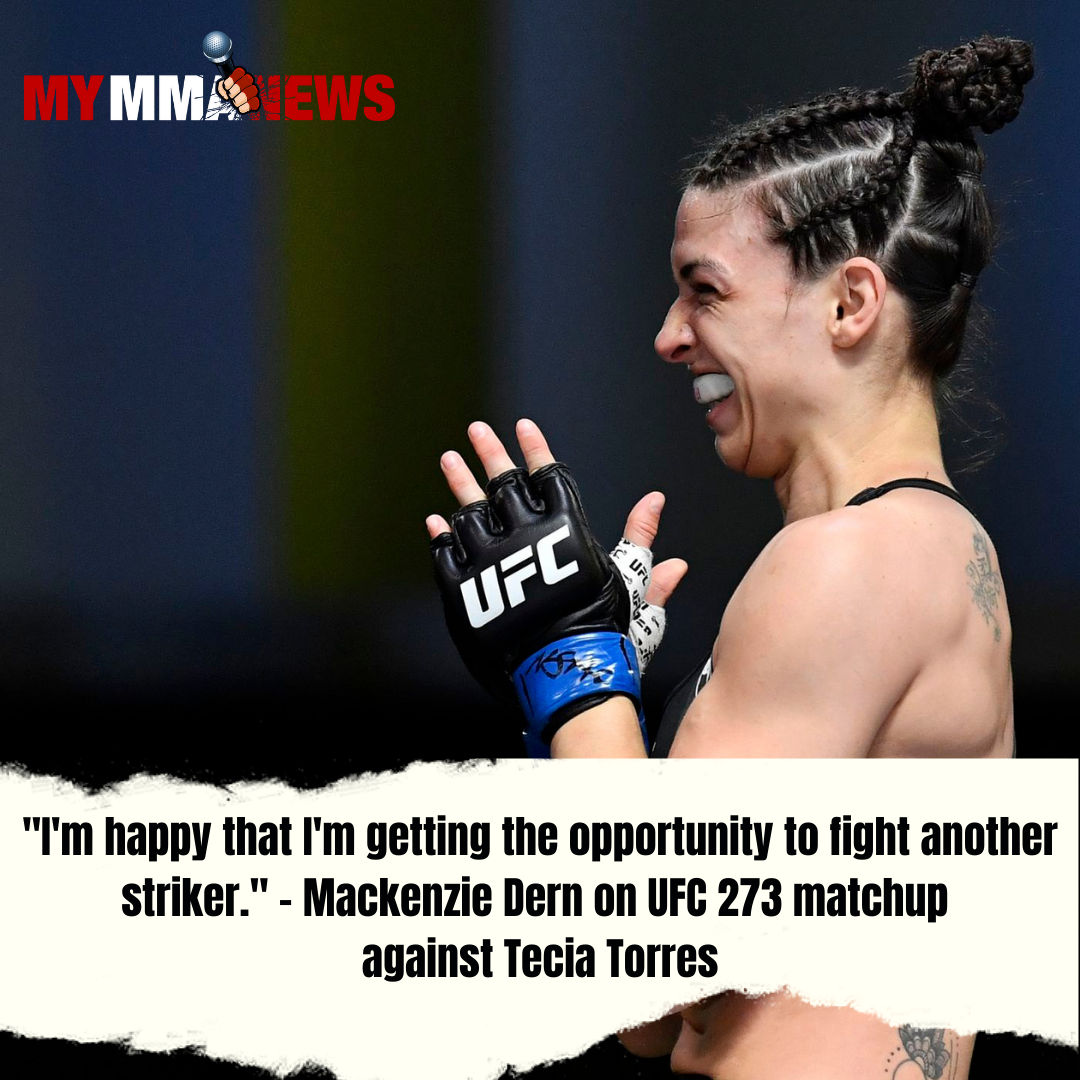