The main event of UFC 244 is now in jeopardy. Nate Diaz went to social media to inform everyone that he will not be fighting after USADA states he may have failed a test, a statement he disagrees with.

Diaz, who was scheduled to headline the event on Nov. 2 at Madison Square Garden against Jorge Masvidal, wrote that he will not make the trip to New York until the issue is resolved.

Diaz wrote that he was told he had “elevated levels” that may have come from a tainted supplement. He didn’t go any farther as to what the supplement could be.

While he didn’t tweet anything else on the supplement, he did go on to deny the claim.

“I only take Whole Foods or natural food supplements,” Diaz wrote. “I don’t even eat meat. So until UFC, USADA or whoever is F—ING with me fixes it I won’t be competing.”

Diaz went on to write that  he was told to keep the results of the test quiet.

“I don’t give a f— about some money over my dignity and my legacy,” Diaz wrote. “I’m not playing along with this bulls—. I’m not staying quiet and figuring it out after the fight. That’s cheating.”

UFC 244 was set to be one of the biggest pay per views of the year with Diaz and Masvidal fighting for the BMF title.

Masvidal went to Twitter to address the situation and stated that he’d still like to fight Nate Diaz on Nov. 2 regardless of what appeared in the drug test.

At this time the UFC hasn’t released any word onto whether or not the fight is still on, or if the Diaz’s statement is indeed true. 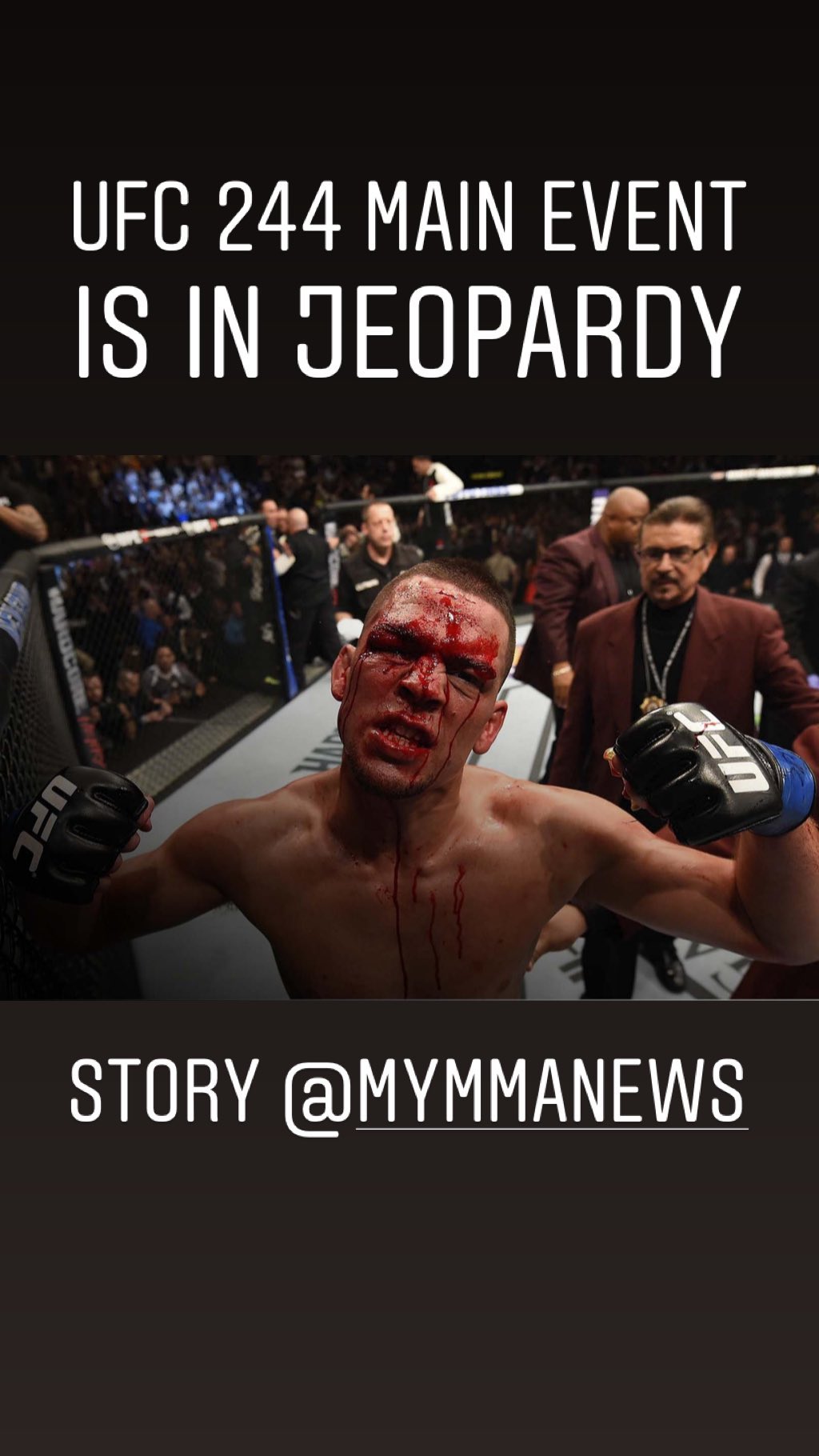