With 2022 in the rearview mirror and the UFC’s 2023 year set to begin this week, I decided to predict who will hold UFC titles at the end of the year, which is something I did last year.

Here are my predictions on who is a UFC champ at the end of 2022.

Flyweight is a very tough division to call as there has been some talk that if Deiveson Figueiredo defeats Brandon Moreno at UFC 283, he may move up to bantamweight. Yet, regardless of what happens at UFC 283, I expect Pantoja to get the next title shot and him to get his hand raised. The Brazilian has beaten Moreno twice, and although he lost to Deiveson Figueiredo, I think he has all the skills to get his hand raised.

Alajmain Sterling proved a lot of people wrong in 2022 and I expect him to continue his success in 2023. It’s likely that Sterling will defend his bantamweight title against Henry Cejudo – which is a fight I think he wins. After that, Sean O’Malley likely appears to be next, which is also a good style matchup for Sterling. I like the champ to go 2-0 and remain the bantamweight champ.

Alexander Volkanovski has proven he is leaps and bounds better than the featherweight division to the point that he is moving up to lightweight to face Islam Makhachev at UFC 284 in February. Although I don’t expect him to win that fight, I do think he will get at least one title defense at the end of summer or fall against the Emmett-Rodriguez winner which is a fight he wins. 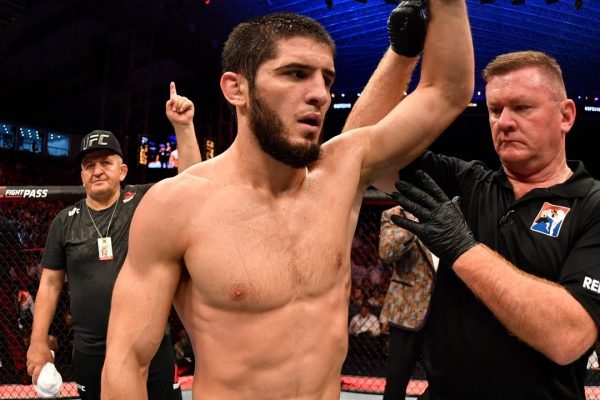 I have been on the Islam Makhachev bandwagon for quite some time and there is no reason to get off of it. He will have his hardest fight in February against Volkanovski, in a fight, I believe he uses his size in to win. After that, Makhachev will take time off for Ramadan and return in October in Dubai and get another title defense and remain the champ.

Kamaru Usman was one minute away from remaining the welterweight champion so there is no reason for me to think he will lose to Leon Edwards again. Usman controlled the fight and I expect that to be the case, and if that happens, he will likely get one more little defense against Belal Muhammad – or someone else – and also win that. 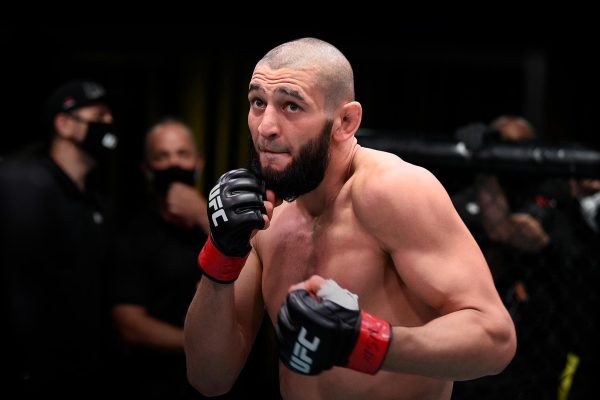 The biggest question about Khamzat Chimaev is what weight class he will fight at. I expect the Swede to compete at middleweight, get a win against a top-five guy and face the winner of Alex Pereira vs. Israel Adesanya 2, and I’d pick Chimaev to beat both of them, although Pereira is the easier matchup. No matter what weight class Chimaev fights at, he will no doubt get fast-tracked to the title.

The light heavyweight division is a big question and arguably the biggest is the health of Jiri Prochazka. The former champ has made it clear he will fight in 2023 and if he does, it will be for the belt and I do think he beats whoever is the champ at that point. As well, Prochazka’s title fight will likely be near the end of the year so he likely won’t even get the chance to defend it.

Francis Ngannou could very well leave the UFC in 2023 but I do think he will fight, whether that’s against Jon Jones or someone else is uncertain. However, I have my doubts that Jones even fights at heavyweight. Ngannou, meanwhile, does not stay active so he likely will only have one fight, which I think he will win to remain the heavyweight champ.

Strawweight has seen the belt change hands a ton over the past two years but I believe Weili Zhang will go 2-0 in 2023 and remain the strawweight champ. Zhang’s toughest opponent is Rose Namajunas, but it’s uncertain if Namajunas even fights or gets a title shot in 2023, so with that, I like Zhang to keep her belt.

It’s pretty simple to me, I’m not going to pick against Valentina Shevchenko until she loses, although I do think Erin Blanchfield has a legit chance to be the champ at the end of the year. Shevchenko will likely face Manon Fiorot or Alexa Grasso next, which are both winnable fights, and perhaps after that she goes up to 135lbs so she may only fight one time at 125lbs.

I thought 2022 was the year of Shevchenko-Nunes 3 but that didn’t happen and I’m uncertain if it actually will. Although I do think Nunes will remain the 135lbs champ, I do think there is a chance that she calls it a career at the end of the year, leaving 2024 as the year to have a new champ.

Is this even a division? I think for the second straight year we don’t see Nunes defend the belt which allows her to still be the champ unless the promotion just folds it.