In early June it was announced that Lou Neglia and his Ring Of Combat promotion joined forces with Frankie Perez’s Dead Serious promotion. 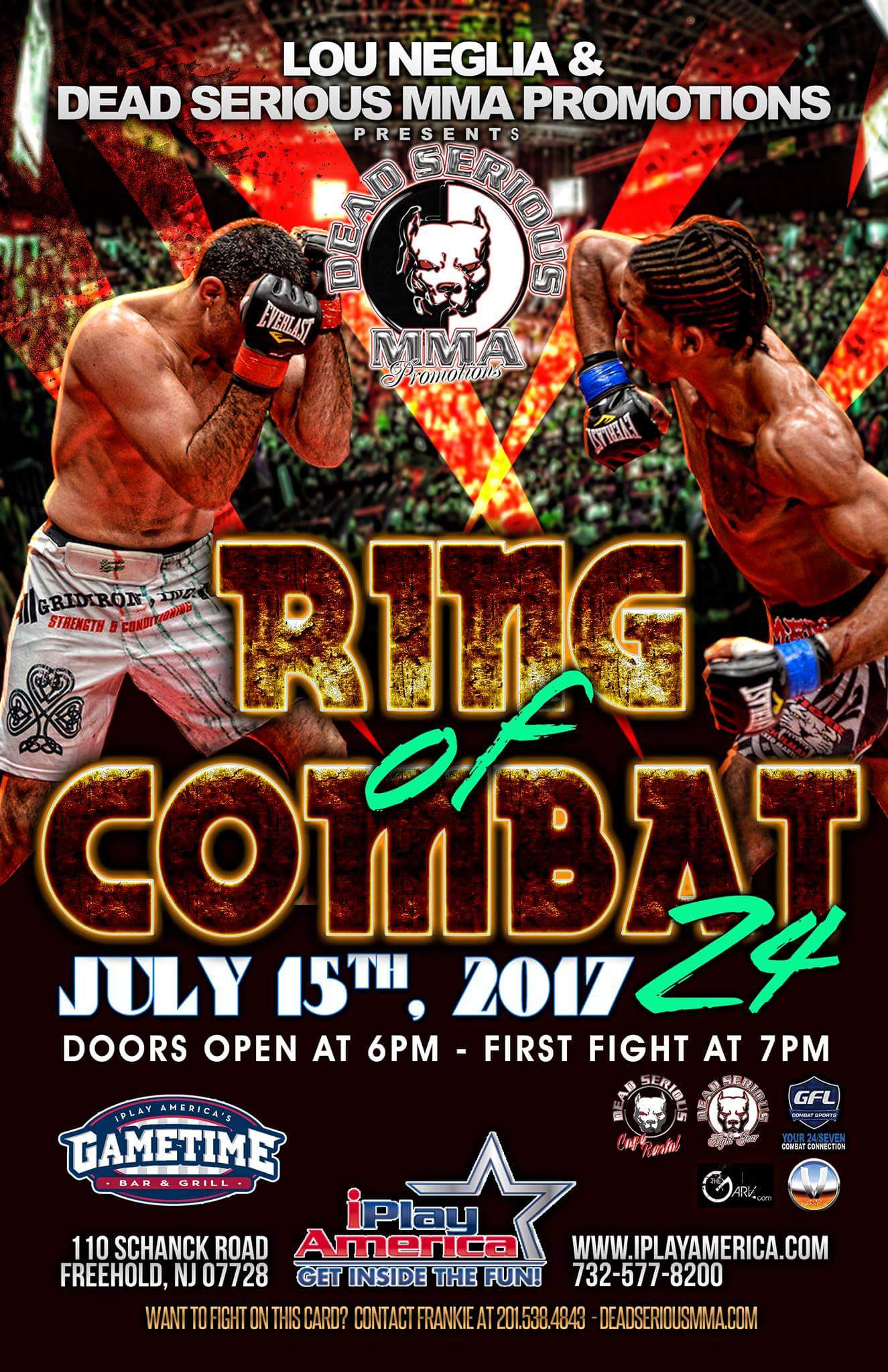 Perez was quoted after the big announcement saying, “Dead Serious MMA has been growing every year and our goal is to take our fighters to the next level and help them achieve their goals.

“We are now a feeder program for Lou Negila’s Ring of Combat which is the number 1 promotion in the USA in having sent fighters to the UFC.”

Tonight’s fights at iPlay America in Freehold, New Jersey are the first fights that these two mega promotions, in the Tri-State, are combining for an event.

Doors open at 6 p.m. and the first fight kicks off at 7 p.m. iPlay America is located right off route 9 at 110 Schanck Road Freehold, NJ.

Complete Ring of Combat 24 results below:

Louis Weber vs. Jess Pew. Louis Weber winner by RNC in round number one.