Open scoring in mixed martial arts is all the rage today. In fact, it’s all Ariel Helwani talks about on his MMA Hour podcast for MMA Fighting. While there is much optimism about open scoring and how it can benefit fighters and make the sport better or worse. Today we will be looking at two specific match ups in the case of open scoring. First, we will play the Devil’s advocate and talk about Canelo vs. Austin Trout, a fight that utilized open scoring. Then, we’re going to go to the Olympics and talk about Gable Steveson and Geno Petriashvili’s epic wrestling match that was even more dramatic due to the score being disclose to the wrestlers and the audience.

Pause, what is open scoring? 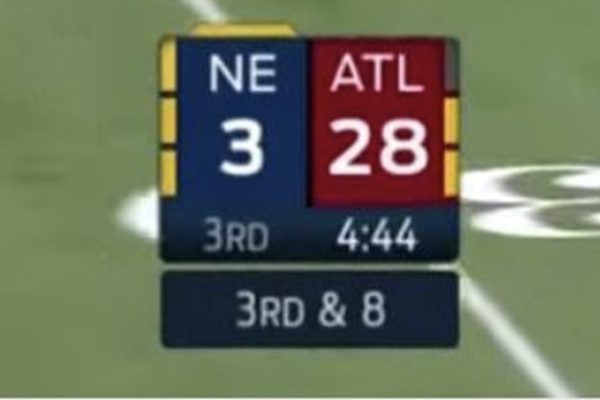 It really is as simple as knowing what the score of a game, bout, match, whatever you’re playing, as you are playing.

In theory with open scoring a fighter can get down two or four rounds and know where they sit on the score cards and come out for the final round shit hot looking for the finish.

This experiment has been tried multiple times and hasn’t really changed the sport that drastically when applied. Most notably, Invicta utilizes open scoring for a their events. Bare Knuckle FC also utilized open scoring at BKFC 11 in Kansas, where open scoring is allowed by the athletic commission.

While I personally do not believe that open scoring will not drastically change how MMA bouts flow and ebb, I also believe that the fighters should know the scores after each round to properly adjust their gameplan as a fight goes on.

So the main point that anti-open scoring advocates talk about fighters coasting after knowing they’re up on the cards. The theory is that a fighter, knowing that they are up and are cruising to a win, won’t take chances and will avoid engagement. And we’ve seen this already in boxing. 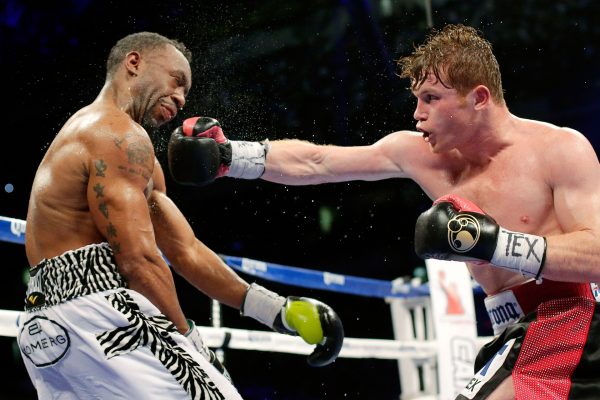 In 2013, Canelo and Austin Trout stepped in the ring and this time there was a twist: the fight would be open scoring with the boxers being told the score from the judges in the fourth and eight round. When the eighth round came around, Canelo saw he was up more than four rounds and knew Trout had nothing to knock him out with. Canelo played it safe. He took no chances and the end of the fight was very, very anti-climatic.

While it’s rearing it’s head today, open scoring was seemingly shown to be bad for the sport of boxing in the aftermath of the fight. ESPN’s Kieran Mulvaney wrote at the time:

Scoring should be a reflection of the fight and should not impact on it, and the question remains of what exactly such open, or semi-open, scoring is meant to achieve.

This is funny enough. All of the other sports covered by ESPN by the time essentially had open scoring. Imagine a football or basketball game where the score isn’t televised? Why is boxing and MMA any different? When the New Orleans Saints are up by 40 on the Falcons the second string comes in. The team starts to…you guessed it! They coast. It’s part of sports. Boxing seemingly wants its cake and to eat it too.

Also a side note, ironically as it is. Helwani, who has been calling heavily for open scoring for some time, actually asked Canelo about open scoring on his show. Canelo, as you could imagine, was in favor of it. It’s pretty telling on the short term memory of fans as they quickly forget a fight that was so controversial with this topic just under a decade ago.

Gable Steveson, The King Of Wrestling

In the world of Olympic Wrestling, Gable Steveson is the baddest man on the planet right now. The Minnesota product is only 21 and has already won two NCAA Championships and an Olympic gold medal in Tokyo. Steveson won his gold medal in dramatic fashion against Georgia’s Geno Petriashvili. This will be our next point to talk about in the defense of open scoring.

Now Olympic wrestling, and any style of wrestling for that matter, is open scoring. The sport and how the athletes compete lend to the necessity of scoring (more on this in our conclusion). Steveson had one of the best come from behind wins in Olympic history. After running through his opponents, Steveson had to take some adversity from the Georgian.

To recap, Steveson went up on Petriashvili 4-0 early in the match. But the Georgian came roaring back as Petriashvili went on an 8-1 run against Steveson with less than thirty seconds remaining by a score of 8-5. Steveson goes behind and gets a takedown to score another two points bringing the tally to 8-7. There was only 6.5 seconds remaining. It seemed the Georgian would hold on and stop the incredible run of Steveson. Off the jump, Steveson shoots, goes around and secures the takedown for two points to win the gold medal.

This moment is insane in itself. But knowing the score, seeing the seconds tick away as Gable Steveson goes around and holds up two fingers to tell the ref he got his two points to win makes this moment that much more dramatic. It’s like Michael Jordan sinking the basket in the flu game. It’s what fans refer to as the drama open scoring would bring to MMA. Think about Korean Zombie being up four rounds against Yair Rodriguez and then the elbow. We would be certain he’s being shut out and the elbow would blow our minds even more. The idea of it is actually quite fun.

How much would open scoring change mixed martial arts?

So that begs the question: how much would MMA change if a worldwide open scoring was implemented? My thoughts: not that much. Looking at other sports, like the NBA or NFL, teams coast all the time. But if we’re being honest, that happens in fights too. We see far too often fighters knowing they’re up big and coast on out a decision. Sean Strickland is notorious for it. Chito Vera, one of the most badass fighters on the roster, literally walked away from Rob Font in his last fight with seconds remaining. Coasting happens.

The tricky part is the judging, which is a separate issue. With grappling, points are clearly defined as a guard pass, a takedown, or back control. A point is well defined and easily reviewed. Does their shoulder blades touch the ground? Did he pass guard? All those can be seen throughout grappling around the world. From Chidaoba in Georgia to Glima in Norway, we know what constitutes a point and subsequently a loss in any folkstyle wrestling format.

In striking sports, it’s a lot more subjective. Striking utilizes strikes, ring craft, significant strikes, and much more. Point systems don’t really work, hence the implementation of the ten point must system by the WBC in 1968. There are striking sports that incorporate points like point karate and taekwondo. But those sports often involve stopping the action and awarding a point to the deserving fighter. Can you imagine stopping Ali vs. Foreman to give Muhammad Ali a point? It would be madness. A similar scoring system in grappling doesn’t work the same in boxing or MMA in terms of awarding points to a fighter. Thus the ten point system.

If showing the scorecards gives the fighters more information, great. Let’s do it. It won’t drastically change fights for the most part. We see tons of 29-28 cards in three round MMA fights and many of those are tied going into the final round. What it will do is keep fighters informed and hold judges accountable to what they do and maybe a little better informed themselves to help make the judging scorecards true and more consistent.