SpartaBells were designed by Leon Hodes, a medical physician with over 25 years involvement in wellness, fitness and prevention.  These unique and extremely versatile workout tools are a hybrid between the traditionally bulky dumbbells and kettlebells. 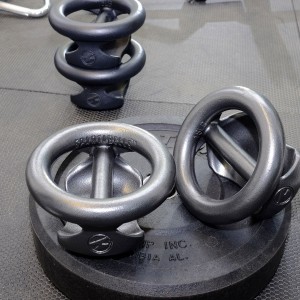 The concept came to him while training in Spartacus type workouts that involved a mix of lunges, push-ups, planks, kettlebell swings, and movements with various dumbbells.

Hodes explained that you would have to set aside the kettlebells to pick up the dumbbells, only to have to put those down and move aside to a free space to engage in push-ups.

“Why not combine them all in one?” he thought.

The multiple grips and unique design provides for both functional and traditional strength training in one extraordinary patented piece of gear. The SpartaBells unique shape also allows you to transition from one exercise to the next without putting it down and the results speak for themselves: a better metabolic burn and more muscle in significantly less time.

That’s when SpartaBells were born and the concept was approved for patent. 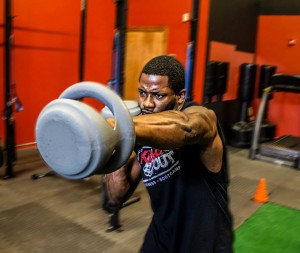 Kettlebells are designed so the center of gravity actually shifts during the course of the exercise, but they are not appropriate for some routines. And pushup bars are great for pushups, but not much more. So, he designed, perfected and patented the SpartaBells; a unique and modern turn on the dumbbell – a perfect piece of equipment for a full body workout.

SpartaBells can be gripped in the center as a conventional dumbbell, or on the side grips to become a kettlebell. They can be used for many varieties of pushups, with the ability to have full rotation to reduce joint strain. Spartabellscan be used singly or in pairs, with one hand or with two. One SpartaBell can be gripped with both hands to perform twisting exercises for the core and abs. Unlimited exercise potential with unrestricted movements make Spartabells the ideal fitness tool.

“It’s a more modern type of dumbbell,” Hodes said.  “A dumbbell has a mass on one side, and a mass on the other.  That can become unstable, especially if you are lifting it over your head,” he said.

“You hold the SpartaBell in the middle like a dumbbell, and when you hold on the side it functions like a kettlebell.”

Available in pairs from 9lb to 35lb with plans up to 120lbs.  Click here to view.

Below, Sarah Thomas from Long Island MMA goes through a SpartaBells® workout to help improve muscular and strength endurance.