We have a very much anticipated welterweight title fight coming to us this weekend at UFC 258, as we finally get to see the long awaited scrap between former teammates, UFC welterweight champion Kamaru Usman, and No. 1 ranked UFC welterweight contender Gilbert Burns.

One thing that really sticks out in this fight right out of the gate is that Burns is still pretty brand new to the division. 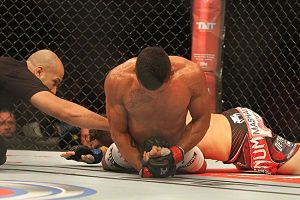 ‘Durinho’ was a welterweight for the majority of his career, and even made his UFC debut up at 170 lbs, but dropped down to lightweight for his next bout. He won the first via unanimous decision, and the second via submission (armbar) late in round one over Christos Giagos.

Next came a bout against the surging Alex Oliveira, who he submitted (armbar) late in round three.

This improved Burns’ record to 10-0 with nine finishes, before he ran into his first superior. Rashid Magomedov (18-1) was one of the very most technical strikers in the entire organization around that time, and he was able to piece Burns up and out-point him to a unanimous decision victory. 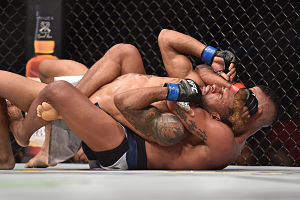 Burns returned that next year with another first-round submission (armbar) victory, and he was back to his winning ways. That’d be halted quite abruptly however, as Michel Prazares (20-2) was able to out-wrestle Burns without being submitted, being a 2nd-degree black belt himself.

He was also out-boxed by Prazares in this fight, and some serious adjustments were made immediately following. Burns won his next two fights via second-round KO, both with his hands, and we knew at this point we had a serious threat in the UFC’s lightweight division.

However, Burns was then KO’d by future top five contender, No. 8 ranked Dan Hooker midway through round one.

Burns then defeated Olivier Aubin-Mercier (UD) and Mike Davis (rear naked choke), before he decided a move back up to welterweight was a must. Honestly, he is a very, very thick individual. He belongs at 170 lbs. 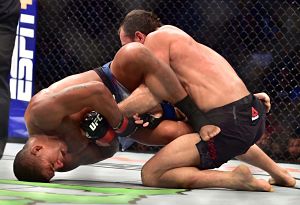 This was followed up by Burns filling in on short notice once again, around the same time of two weeks, as he defeated Gunnar Nelson (17-4-1) via unanimous decision.

This victory was super impressive because Nelson has had a BJJ black belt since he was 19-years-old, given by Renzo Gracie, and he also has a 2nd-degree black belt in Goju-ryu karate.

Burns absolutely dominated Nelson in every facet of the game, it was a beautiful performance. He followed this up by TKO’ing Demian Maia (28-9) midway through round one, becoming just the second man to ever stop Maia.

After nearly 20 years in mixed martial arts, fighting for UFC titles at 170 & 185 lbs against two of the greatest to ever do it, and nearly 40 fights that Maia had, that’s remarkable. 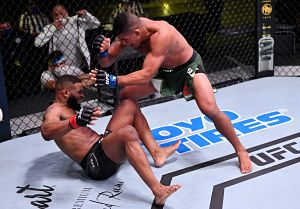 Kamaru Usman came to the UFC off The Ultimate Fighter 21, where he handily won his season, going 2-0 on the show and submitting (arm-triangle choke) fellow finalist Hayder Hassan in round two at the finale.

This improved his record to 6-1 overall. It’s crazy to think this was only 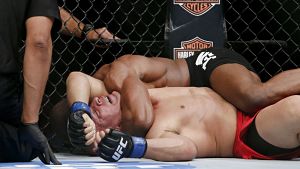 five years ago, and we haven’t seen Usman lose since. Many of us did predict for him to become champion, but he’s really dominated every single person he’s fought inside the octagon.

The only man to really give Usman a fight was Colby Covington. That decision would’ve been insanely close, but Covington’s jaw just couldn’t take it anymore, after being broken in round three.

Usman’s sophomore UFC walk showed him defeat future No. 3 welterweight contender Leon Edwards (10-2) via unanimous decision, who hasn’t lost since this fight back in the end of 2015. 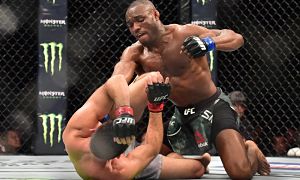 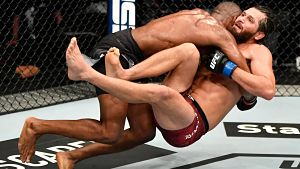 After absolutely mauling Woodley for five rounds, Usman then put on that Fight of the Year bout against Colby Covington (15-1), where he’d walk away the victor via TKO in round five, and then his most recent outing against No. 4 ranked Jorge Masvidal (35-13).

Usman was expected to face Burns at this event, but Burns was forced out with Covid-19, and was replaced by Masvidal on six days notice. Did we see Usman’s gameplan for Burns unfold in the Masvidal fight? Maybe. 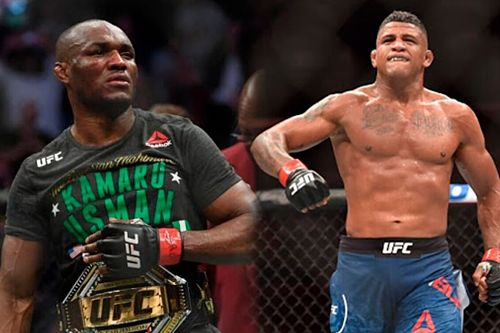 This is such an incredibly high level match up, it’s a wonder how it’ll go down. For some time, we all thought the only 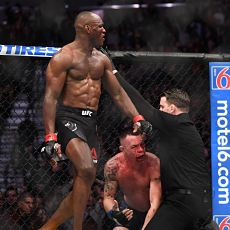 man that could put up a fight with, and even beat Usman is Colby Covington.

While Covington would still have a good shot against him in a rematch, Gilbert Burns is the one other man we all know could give Usman a run for his money. It’s crazy this wasn’t even a possibility just over a year ago.

Though Usman is the bigger of the two, Burns is strong as an ox, and he’s athletic as they come as well. Not only is he a wicked BJJ practitioner, being a 2nd-degree black belt and four-time world champion, but he knows how to wrestle very effectively as well.

That doesn’t even touch on his striking, which is incredibly well rounded and equally as dangerous as well. Burns has 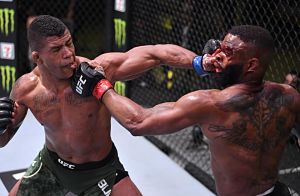 great round and switch kicks of all sorts, his straight punches are technical and precise, and his hooks are deadly.

Usman on the other hand is just as decorated in his background of freestyle wrestling, and he’s every bit as well rounded throughout his mixed martial arts game.

‘The Nigerian Nightmare’ went 11-2 in NCAA Division II National Championship matches, winning bronze in 2008, silver in 2009, and gold in 2010. He also made it onto the Olympic Trials twice.

That’s what we’ve seen a considerable amount of in Usman’s career, an unmatched ability to control his opponents on the mat. There’s only a couple guys in this sports history that compare to his dominance in wrestling: Ben Askren, 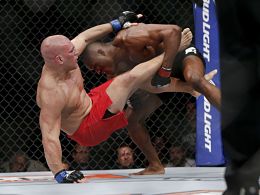 Colby Covington, Khabib Nurmagomedov, and Georges St-Pierre, those are probably your top five in that regard.

These two haven’t been teammates in nearly a year, and everyone that trained with the two of them, including former multiple-time Bellator lightweight champion and No. 4 ranked UFC lightweight contender Michael Chandler said their sparring sessions were always as back-and-forth as they come. 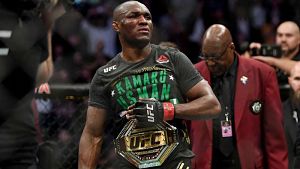 Should Usman win this bout, it’ll be his third straight title defense, and it’ll improve his UFC record to 13-0.

This fight was supposed to happen last summer, but now we get to see it go down this Saturday!

Who walks away from UFC 258 as the UFC welterweight champion?