We got some interesting news in the mixed martial arts community in early October, as Gary Vaynerchuk announced he’s getting into our beloved sport. We haven’t heard much regarding this since his interview with Ariel Helwani, but this is very exciting news!

If you don’t know who Gary Vaynerchuk is, better known as GaryVee, he’s an entrepreneur slash renaissance man, he can do it all, and he’s very good at what he does. He’s one of the smartest people in the entire world. 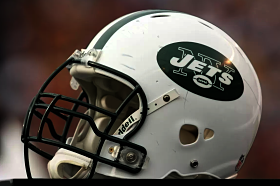 A little background on Gary: He grew up a very big fan of boxing, and moved to the United States from Belarus with immigrant parents at age three. His family first moved to Queens, New York, before ultimately settling in Edison, New Jersey.

This is the reason he’s so passionate about the New York Jets. They were his first love more or less.

Everyone that lived where he moved to loved the Jets, and his favorite Christmas present he ever got was a New York Jets jersey he was gifted as a child, a gift he waited some time for, considering his parents weren’t exactly rich. 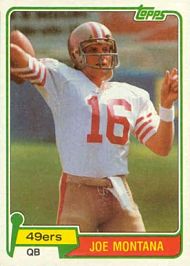 Gary got the love for flipping things when he was 12-years-old, mostly due to his love of sports, and the fact that he wasn’t good at, and didn’t care to be good at school. He found a love for sports cards at the time, as he still does passionately, and would make between $1,000-$2,000 flipping them at the local mall every weekend.

His father opened up a liquor store in New Jersey, which Gary helped him run. He first started working for his father at 14-years-old, and by time he was 21-years-old, he was working 16-18 hour days every day aside from Sunday.

Gary took over his fathers business in 1998 and brought it from $3 million to $60 million in just five years, and left with nothing. When Gary was 20-years-old, he also launched one of the very first e-commerce wine businesses in the US.

None of that money from the liquor store was his though, it all belonged to his father, aside from his hourly wage. This made Gary branch out on his own and eventually start doing his own thing.

This didn’t upset him though, he wanted to settle the score with his parents. This means most kids grow up as entitled brats that weren’t taught humility or discipline. He wanted to set his parents up for them bringing him to the US and housing him as a child.

Seriously, who thinks like that? A truly special person.

He doesn’t believe it’s okay to blame your parents for anything, your situation, your life, anything, like many millennials do. They’ve been handed everything their whole life and continue to expect it through adulthood. It’s pretty pathetic, that’s why this world needs people like Gary. 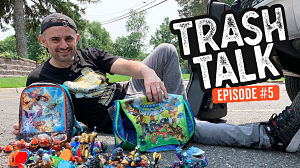 It was nothing new to him, he’d been flipping things his whole life. He’s obsessed with buying and selling items, even today, as a millionaire, he’s just as obsessed making a dollar as he was before.

Gary created a show on YouTube called Trash Talk, where he goes around to garage sales and shows you how to flip things for profit.

Most people that are as successful as Gary, like Elon Musk or Bill Gates for example, they don’t give back to the community the way Gary does. It hasn’t turned him greedy either, and he hasn’t forgot where he came from. He still doesn’t spend his money carelessly, he’s still very smart and calculated about it.

This man is great for our sport of mixed martial arts.

We need someone that’s selfless like Gary, and we need someone that’s as good at marketing as Gary is, he’s got so many outside the box ideas when it comes to everything. Not only that, but he genuinely cares about everyone in the world, let alone the people he works with.

He stated the following about his future part in mixed martial arts when being interviewed by Helwani: 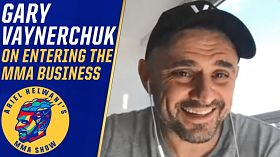 “It’s been really fun over the last five years building up my fighting knowledge.” He continued, “once you actually understand MMA, it becomes chess, it’s the best.

“Because now I’m watching everything ’cause, you know, I also wanna be the guy who texts Lloyd (Pearson) in two years saying, ‘hey, did you see this kid on the undercard?’ and then that kid goes on to be the greatest fighter of all time.

“We all want that clout. Everybody who’s listening to this right now loves the idea of, like, being right about a fighter, or who’s gonna win, or who’s gonna get (be) great.”

Gary has done that with sports cards his whole life.

He’s predicted which baseball, basketball, and football players would to be great, kept their cards, and sold them at the right time, or still has them in his collection. Gary also understands how hard it is for fighters to come up and actually get noticed and build themselves, and that’s where he comes in; Gary could help build them like no other. 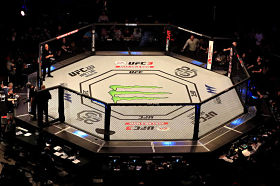 Gary also stated he sees mixed martial arts becoming one of the three biggest sports in the world, along with basketball and football (soccer). We can’t disagree, it is going to be absolutely massive in the coming years.

He was 34-years-old before he ever spent any of that money he earned, which takes an extraordinary amount of discipline. Here’s a quote from Gary regarding how he’s made it to where he is today:

“So when I was a young kid, I made a lot of money selling baseball cards and comic books and toys. Like, I mean a lot. Thousands of dollars every weekend. 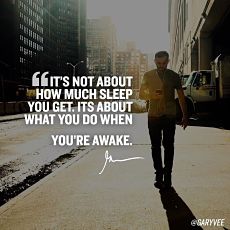 “I didn’t own a fancy car, or a watch, or a suit for that matter. I kept my expenses low. I hadn’t bought a home. I was still living in an apartment.

Gary has kept payroll every single week since he was 22-years-old as well, which is pretty remarkable, because he didn’t start his first real profitable business where he was able to spend some of the money he made until he was 34-years-old, VaynerMedia. 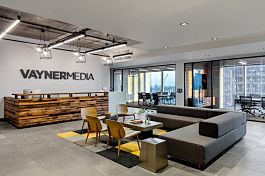 Mr. Vaynerchuk is a huge inspiration to many of us. He had nothing, literally nothing, and built his brand in as little as 11 years. Actually, he built it to a big brand in about five years, but it’s been in existence since 2009. Now he’s got 800+ employees working for him under many different lines of work.

Gary owns VaynerX, VaynerSports, VaynerProductions, VaynerCommerce, VaynerSpeakers, and VaynerMedia, all of which are very successful brands, and he’s collaborated with numerous others, such as Toyota, K-Swiss, and many, many others.

He even created a restaurant reservation app called RESY, built it for four years, and sold it for nine figures.

His idea is to get into mixed martial arts and promote, perhaps even manage these fighters, and it couldn’t be more exciting. As previously stated, we need someone like him, and have for some time. Mixed martial arts has been growing bigger and bigger each year since its start in 1993, but Gary’s going to help bring it to a whole new level.

Gary is a big believer in your success is measured by what you do in your free time. 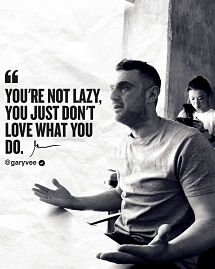 It may not happen right away, but give it a couple years, Gary is going to aid in making this the greatest sport in the world, as we all already know it is. His life goal is to buy the New York Jets, which he’s surely on his way to doing. He makes plans, then puts forth action in order to make them happen.

GaryVee the perfect man to follow if you want a good life and are willing to put in the work.

We’ll end it with this, another quote of Gary’s:

By Edward Carbajal 13 mins ago