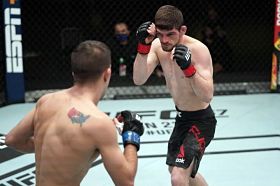 Oklahoma native Jimmy Flick made his UFC debut last weekend at UFC Vegas 17, and put on a pretty great performance against another touted prospect in Cody Durden.

The two were initially slated against one another two weeks earlier at UFC Vegas 16, but it was cancelled in the hours leading up due to a non-Covid related medical issue Durden suffered. They both made the walk two weeks later as the second fight of the night however, and we got one of the best finishes in all of 2020 as a result.

Durden was looking good early on. He took Flick down and ground-and-pounded him, he even took his back for a brief period. Flick was able to manage his way out of it and back to striking range. The thing was, Durden was looking better on the feet.

Flick is resilient though, he won’t go down easily. He ended up going for a switch kick to the head, which Durden caught. As soon as Durden catches Flick’s leg, Flick jumps for a flying triangle choke, and that was all she wrote. 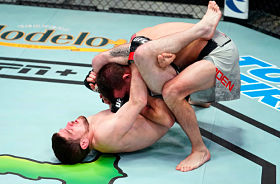 Durden also fought Chris Gutierrez to a draw in his UFC debut, who’s a former SCS champ-champ and has been beating everyone lately.

Flick is a former FCF & LFA Flyweight Champion as well, the LFA title of which he won via submission (arm-triangle) choke just 38 seconds into round one against a 10-1 opponent. He’s fought some good competition in his 21-fight career.

We first got notice of him when he battled undefeated Nate Smith on the Contender Series back in September, who he submitted (arm-triangle choke) at 3:15 of round three. We’ve got a very skilled flyweight finisher on our hands. 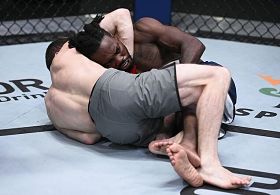 One of these great match ups would be against Amir Albazi, who’s an incredible grappler that just won his UFC debut in July against another touted prospect in Malcolm Gordon via submission (triangle choke) in round one, improving his record to 13-1.

The only thing is, Albazi’s been scheduled to face Zhalgas Zhumagulov next at UFC 257. But really, Zhumagulov is a good match up for Flick too, he’s a former three-time FNG Flyweight Champion, defeating the likes of Tyson Nam, Tagir Ulanbekov, and Ali Bagautinov in those three title fights.

Two of those men are doing well in the UFC, and the other used to be in the UFC, has fought for a UFC belt before, and is a four-time FN Flyweight Champion. Whichever of those two wins that fight would make a great match up for Flick. 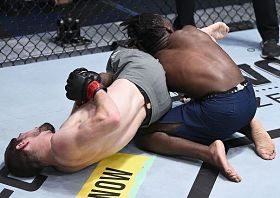 There’s also Su Mudaerji, who’s coming off a big knockout victory in November. He just moved down to 125 lbs after a 15-month layoff, and he’s never looked better. Mudaerji was coming off a unanimous decision victory over Andre Soukhamthath in August of 2019, that was the last time he’d fought.

This match up is actually very interesting. 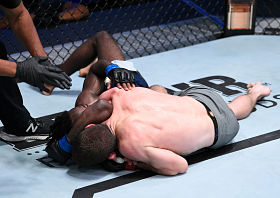 Lastly is a bout with new surging flyweight star Brandon Royval. This is actually the perfect fight to make too, because Royval’s coming off a defeat to Brandon Moreno. He was on quite a hot streak for a few months there. He didn’t lose any steam, he lost that fight via injury, but he was losing the exchanges up until that happened as well.

Royval is a Brazilian Jiu-Jitsu black belt, like Flick, and a dangerous one at that, like Flick. Neither have ever been submitted before either; Royval hadn’t actually ever been finished until he fought Moreno at UFC 255.

By Mike Pendleton 25 mins ago