Coyle takes on undefeated submission phenom, Ramon Neyra at Cowboy Fight Series 4. Looking at this bout on paper, you have two finishers in their own right…One who prefers to render you unconscious with an onslaught of strikes, while the other likes to choke you or alter your bodies anatomy in ways it shouldn’t be positioned. That being said, it would be a safe bet to for the judges to take it easy in this spectacular flyweight contest as no one expects this bout to go the distance.

I paid a visit to Coyle at his home base of operations-302 BJJ to discuss his upcoming bout with Neyra to which Coyle shared his view on his CFS4 opponent, Ramon Neyra; “He (Neyra) seems like he has fight IQ from what I’ve seen in his fight but I really don’t care.” Continuing with sharing how he’s approached this training camp with Neyra, “Virtually the same opponent but a better double leg.”

Bringing up the idea of this contest looking like a striker vs grappler, Neyra mentioned in my pre-fight interview with him that he is open to trade with Coyle to which Coyle scoffs at claiming: “He has to say that! He has to say he’s willing to bang with me!” Continuing with, “not that I’m saying he’s not, who knows! But from what I’ve seen…The dude has touch and go like sparring striking”

“Nobody brings it to the cage like I do. When you see me across the cage you know damn well you’re about to get beat up! And if you don’t get beat up and you don’t lose that fight, you still got beat the f*ck up.”

Closing our chat with a venomously bold prediction: “My plan is to keep it standing. Beat him the f*ck up. Get my f*ckin win!”

Tune in above as Ben Coyle and I have a one on one chat about Cowboy Fight Series 4, how he plans to take out Ramon Neyra, some predictions in other bout on the card and much more! 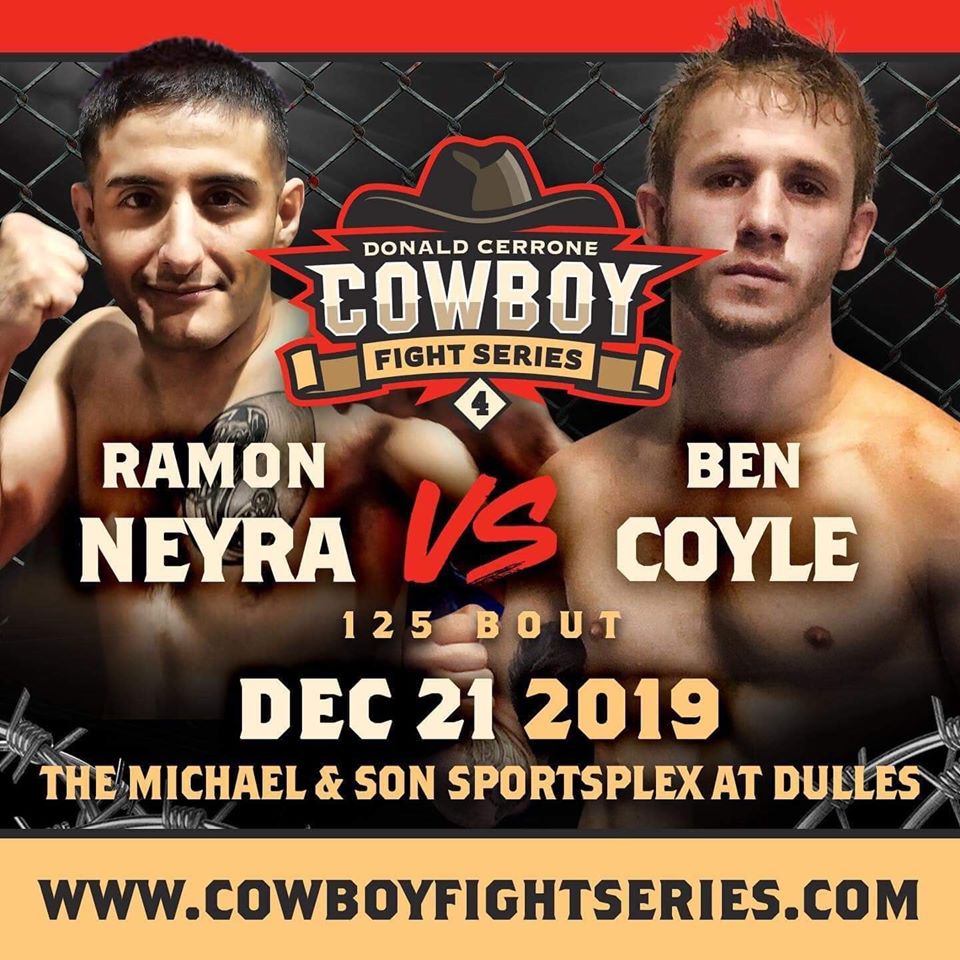 By Doug Geller 2 days ago

By Mike Heck 5 days ago