Brandon Davis is another prized product representing 302 BJJ. With just one lone loss as a pro, Davis seeks to get on the winning side of the tracks this Friday, May 17th for CFFC 74 at the Hard Rock Hotel and Casino in Atlantic City, N.J., taking on the always tough, Miguel Diaz.

Davis has had a skid of bad luck as of late from losing his last outing and having his last two competitions before that drop out on him. However, that hasn’t detoured the pro bantamweight powerhouse from taking the momentum from Diaz’ three-fight win streak and swing it in Davis’ favor who says of his opponent, “I think I’m better in every aspect, everywhere!”

When asked how Davis predicts the fight to end,  “The Black Panther” says, “Just my constant pressure and constant takedowns.” Adding, “and pressure on the feet as well..I’ve been getting a lot better there! I think it’s going to be a ground and pound stoppage. Second round!”

Tune in as Brandon “The Black Panther” Davis and I go head to head the day before he hits the scales for CFFC 74 and two days before fight night in Atlantic City. If you don’t have tickets, be sure to tune in on UFC Fight Pass! 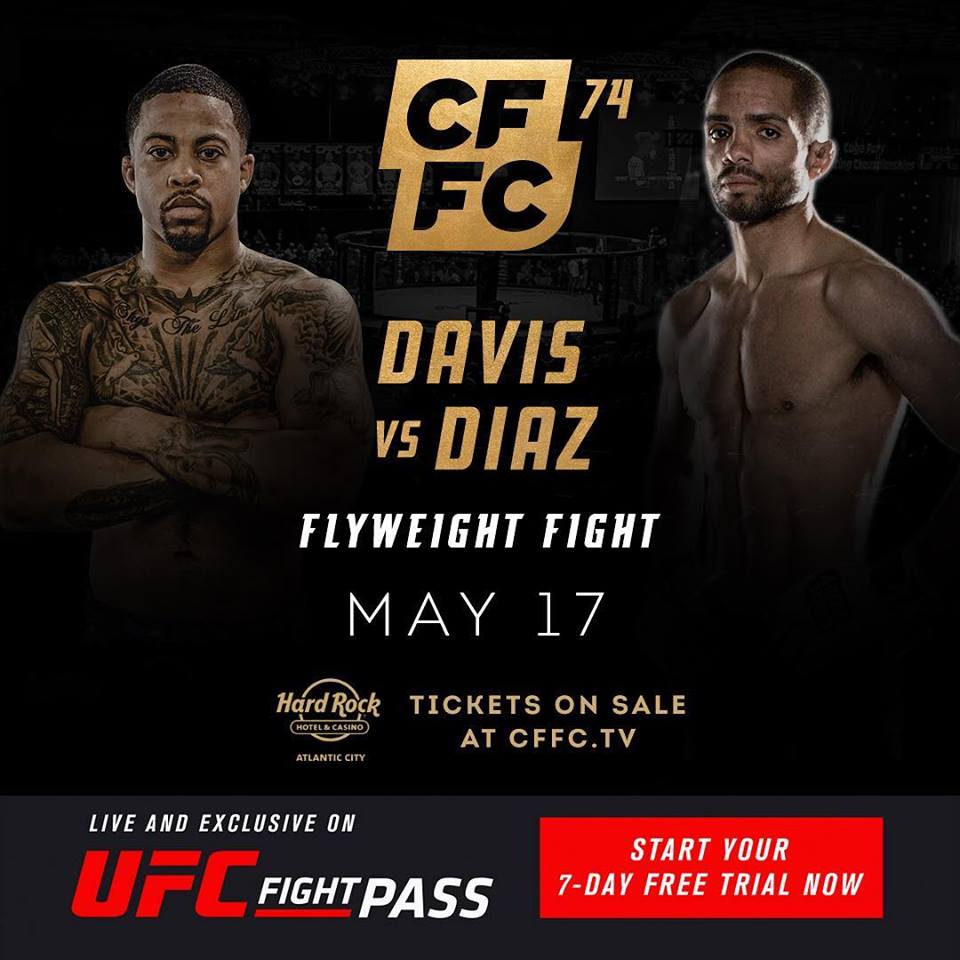