We’ve got a very exciting and overlooked fight happening this weekend at the beginning UFC Fight Island 6’s main card. That fight is between Claudio Silva and James Krause.

Now, neither of these two are ranked, perhaps one of the reasons this fight’s being overlooked. On average, they don’t really fight often enough to get ranked, but they’re both incredibly skilled talents. We have two real seasoned veterans here. 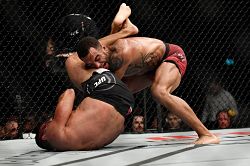 Silva, though debuted in 2007, only has 15 professional fights. He’s been in the UFC since 2014, we’ve seen him go just 5-0 in that time, and Krause finally made his way here in 2013 after a relatively long, and very successful career outside the promotion.

Silva was initially slated against Muslim Salikhov for this event, a professional kickboxer with a record of 185-13-1 in the art, who’s also 17-2 in mixed martial arts with twelve knockouts. That would’ve been a tough test itself, but Krause is also a tough match up for most. 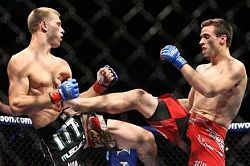 We first saw Krause compete back in 2009 at WEC 41 against Donald Cerrone. He came into the fight with a perfect 10-0 record, but was unable to keep that undefeated record, as he was submitted (rear naked choke) toward the end of round one.

Hell, Cerrone was only 9-1 (1 NC) coming into that fight, if that gives you an idea of how long Krause has been at it.

He then dropped a unanimous decision to Ricardo Lamas at WEC 44 and was released by the promotion. It’s crazy to know these two fought each other, with Lamas spending most of his career at featherweight and Krause being a good sized welterweight. 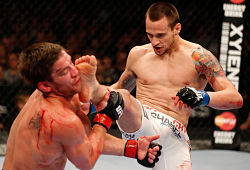 Actually, Krause’s last fight was at middleweight, but we’ll get into that in a minute.

After losing to Lamas, Krause was cut by the WEC, and initially went 2-2 once leaving, going from 10-0 to 12-4 in two years. That didn’t discourage him though, as he won his next seven fights before joining the UFC’s roster.

He almost got a chance sooner, as he tried out for The Ultimate Fighter 15 when he was 15-4, but lost his entry fight to Justin Lawrence. So really, he went 7-1 after his 12-4 start before eventually joining the UFC, that fight just didn’t go on his record, being an exhibition bout. 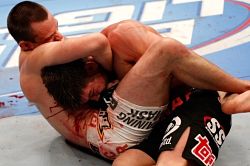 Krause initially went 2-3 in the UFC, first having a great Fight of the Night debut against longtime veteran Sam Stout.

Though this was his UFC debut, he didn’t show us any uncomfortablities, as he stayed cerebral and picked the fellow kickboxer apart, locking in a guillotine choke and securing the submission finish at 4:47 of round three.

Krause was then stopped by Bobby Green, which was incredibly controversial, before defeating former three-time WEC Lightweight Champion Jamie Varner. 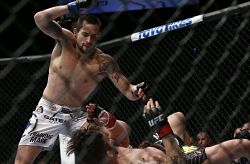 Back when Krause fought in the WEC, Jamie Varner was the champion, the man he first lost to (Cerrone) was coming off a title shot against him when he fought Krause, that must have been a great feeling to grab a finish over him.

Krause then dropped a unanimous decision to Jorge Masvidal, and a split decision against Valmir Lazaro, a fight most believed he won.

Krause then won his next six straight, interrupted by a 2-1 TUF stint, moving to 170 lbs in the process. He’s really come along nicely, and he fought his last fight at 185 lbs on one days notice against Trevin Giles. He lost this fight via split decision, and almost everyone screamed robbery. To be honest, it was pretty bad, Krause definitely won that fight. 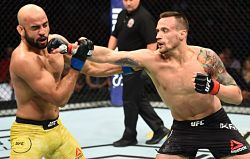 It took Krause five years to have these seven fights however, as he’s turned into one of the sports best coaches. He’s spent a lot of time with his students such as Grant Dawson, Megan Anderson, Tim Elliott, and Zak Cummings.

Silva has not shown any signs of slowing down, and he’s undefeated in the UFC. Actually, he’s undefeated as a whole really, his one loss was in his first fight via DQ. Following that, he won, and finished his next eight fights, capturing the WFC Middleweight Championship in the process. 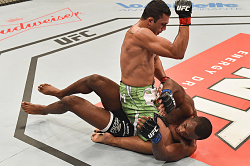 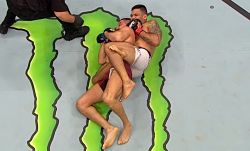 After defeating Edwards however, we wouldn’t see Silva compete again for three-and-a-half years. He’s unfortunately been pulled from numerous fights due to injuries throughout his career.

Silva was out of action for over a year before making his UFC debut, he was out that three-and-a-half year span after going 2-0 in the UFC, he spent nearly a year away after making his return in May 2018, and he hasn’t fought since August of 2019. 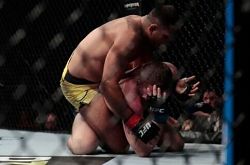 His age has got to be the culprit for that, but as mentioned above, he hasn’t shown signs of slowing down.

He’s kind of like lightweight prospect Leonardo Santos in the sense he’s not the most active, and he’s getting up there in age, but he shows up better every time we see him, no matter how long of a layoff he had.

Krause is the bigger man of the two, standing 6’2” with a 73.5” reach, while Silva stands 5’11” with a 71” reach. This is a very intriguing match up between two incredibly talented welterweights, it’ll be very interesting to see how this one goes.

Krause, 34, comes into this fight with a 27-8 record with 14 submissions and eight knockouts to his credit. Silva, 38, on the other hand comes in with a 14-1 record with nine submissions and two knockouts. Again, his only loss is via DQ in his first ever fight, he still has yet to be defeated by a better man. Will Krause be the first?

Who do you see winning this very exciting under-the-radar welterweight match up?