Up and coming kickboxing prospect, Jamar McGriff, a representative of MVJ Athletic Training Center, has turned heads in his two fights as an amateur, thus far. Riding high with momentum off of a dominant, one sided stoppage victory in November, “Mr. Too Smooth” McGriff has a full plate of competition in store for 2020 as he is staying as active as possible to accumulate all the proper tools to make the transition into MMA before the years out.

McGriff’s first stop on his tour of fights lined up for the year is February 1 at Stellar Fights 45 where he takes on Vincent VanRiper in a Glory rules bout. McGriff, himself fancies the idea of fighting in the cage (the promotion is predominantly MMA) opposed to the ring for the opportunity to utilize his “too smooth” footwork-as his nickname insinuates.

“I pride myself on my footwork”, McGriff says. “My movement, my elusiveness…being able to get in and out-throwing kicks from very strange situations. Like, leaning over and throwing kicks and things…”

Once the dust settles, one man is left standing with his hand raised. When asked how McGriff feels he will walk away from Stellar Fights 45 with a W on his résumé, he responds:

“I think it’s gonna be that left head kick!”

Tune in above to hear the full conversation between MyMMANews and Jamar McGriff as he steps back into battle in just a few days at Delaware State Fairgrounds for Stellar Fights 45. 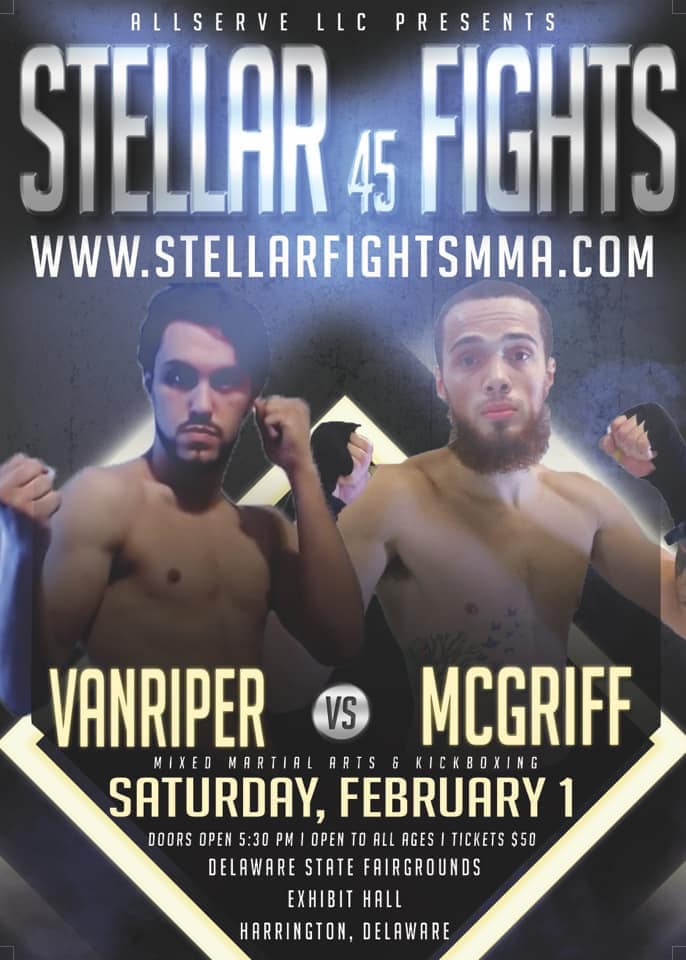 The Great Muay Thai Boxing is Back