‘The Godfather of MMA’ in the Philadelphia region is Ricardo Migliarese, who along with his brother, Phil, have established themselves as a stalwart and the standard of Brazilian Jiu-Jitsu and mixed martial arts in the city and the region.  In a sport that continues to grow, more and more schools are being opened under the Balance Studios family tree.  Their core is rich in tradition and deep in knowledge.

Giovanni “Johnny Garb” Garbarino has trained in the arts for quite some time, but now has a permanent home and a team at Balance to help get the best out of him. John Garbarino was victorious in his first sanctioned fight at CES 52 in August of last year.  Next week, he makes the walk to the cage for the second time as he takes on John Madrak on February 15 at Art of war 10 inside the 2300 Arena of South Philadelphia.

Garbarino has a huge support system both in and out of the gym.  His father and Worldwide Restoration have helped give him the opportunity to pursue his passion of becoming a full-time fighter.  Please listen in below to our interview.  Johnny Garb gives us a recap of his first fight, and a look at his upcoming battle and also talks about the enormous amount of love he has received from the community.

MyMMANews will be all over the Art of War 10 & 11 cards being hosted back to back on Feb. 15 and 16.  We will be bringing live results, post fight interviews and photos.  I will be cageside calling the action with the ‘Big Homie’, Justin Haskell.

LISTEN TO JOHN GARBARINO BELOW: 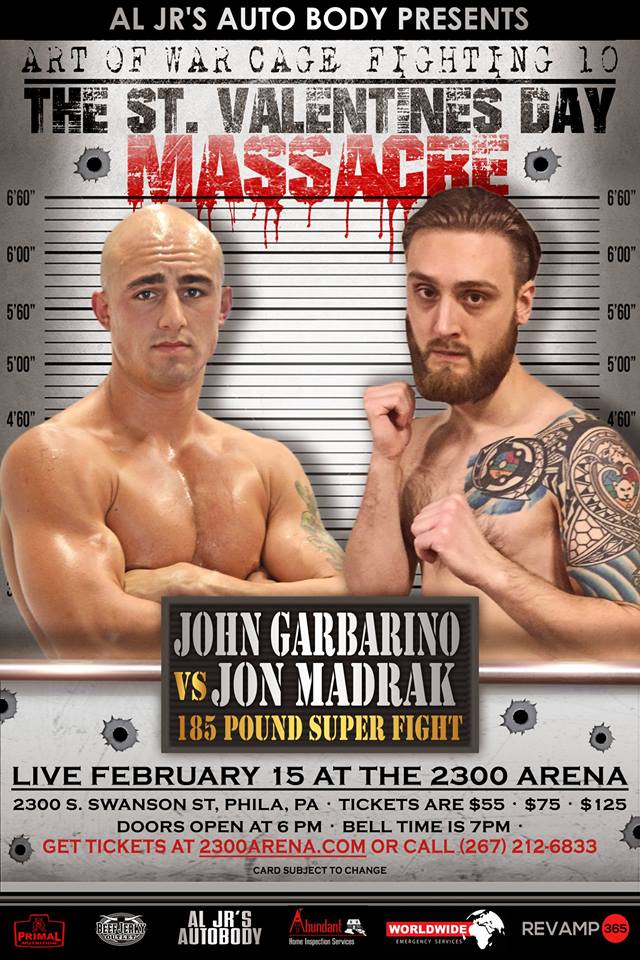