Bellator drama is continuing even through the COVID-19 pandemic. Two of the promotions prospects, Mikey Gonzalez and Anthony Taylor, have been going at it on social media the past few days trying to set up a fight.

Gonzalez and his friend, Dave Madden, have stated on social media that Gonzalez and his team have been attempting to get a fight with Taylor. Gonzalez and Madden claim that despite all their best efforts, Taylor has skirted around the bush for the fight.

Taylor told Gonzalez he didn’t want to fight a welterweight and then called out Aaron Chalmbers, a welterweight himself. Taylor also said he wouldn’t fight for anything less than $8,000, to which Mickey Gonzalez said, “bet.” He then put up the cash in a video you can see below.

Madden and Gonzalez provides a slew of screenshots showing everyone their point. 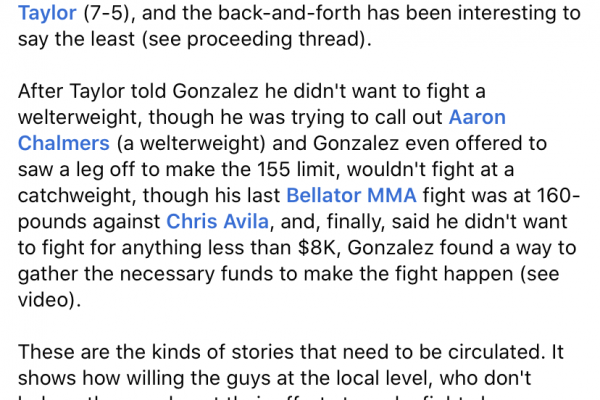 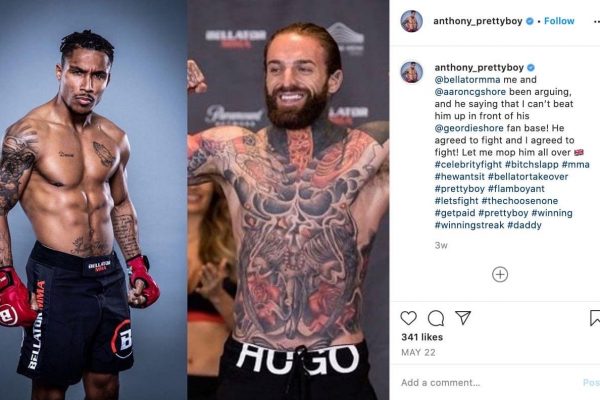 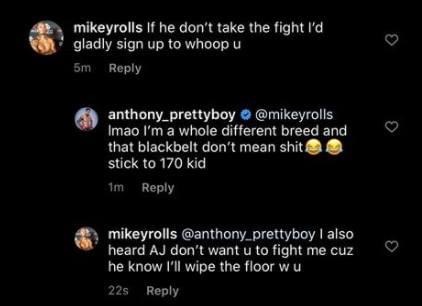 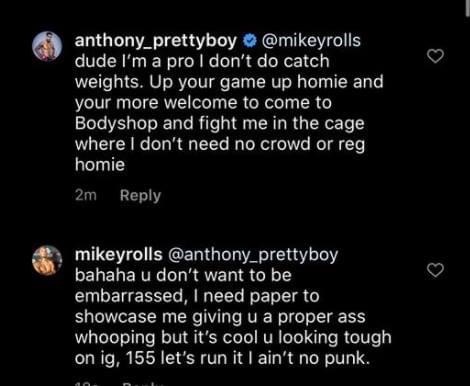 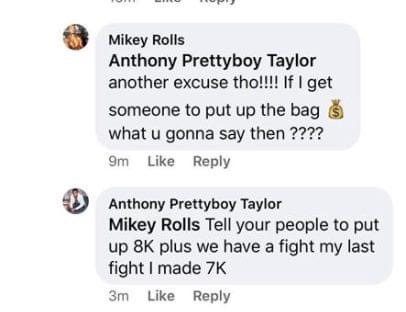 Madden and Gonzalez then say Taylor has been moving the goal post on the money. 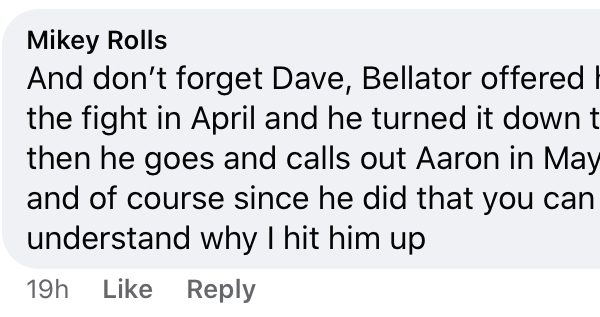 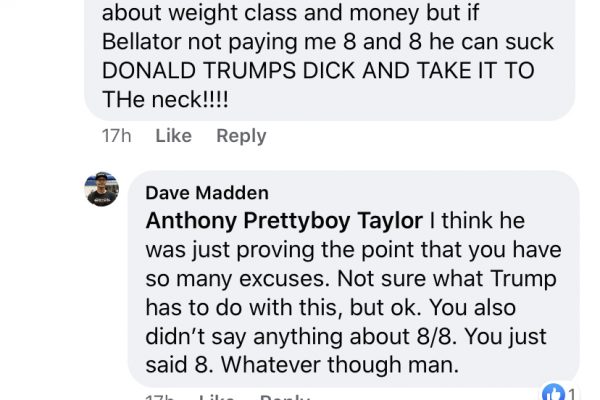 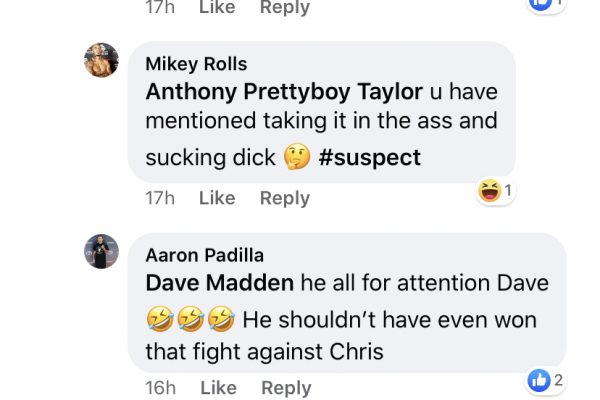 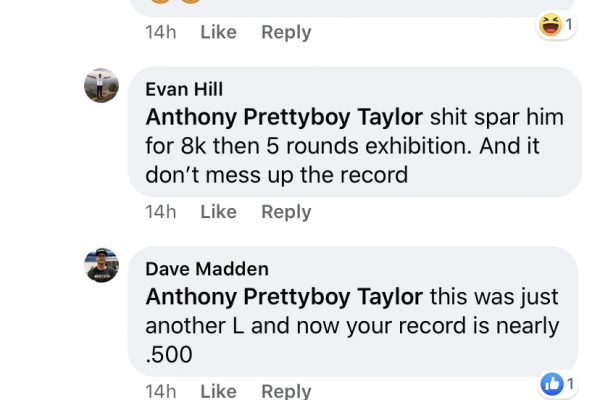 Mikey Gonzalez is a 7-1 talent out of California. He’s been looking for his Bellator debut after his original fight was canceled due to COVID. His only loss came in 2016 via split decision. Gonzalez is a Brazilian Jiu Jitsu blackbelt as well. Gonzalez has also been a mainstay of Fight2Win notching three wins there in three bouts.

Anthony Taylor has seven wins and five losses. Taylor lost to James Gallagher in 2016. Since his last loss, Taylor has won five straight with one coming by rear naked choke. The fifth win was his return to Bellator and he beat Chris Avila via unanimous decision.

We reached out to Anthony Taylor for a comment but he did not respond.

Stay posted to My MMA News for all the latest surrounding the Gonzalez-Taylor drama and to see if/when that fight materializes. Thanks for reading!