Jeff Mock is the King of the Hill

This past Sunday, July 25, 2021, the Finishers MMA crew held their 6th open EBI rules tournament, the Finishers Open, with over 100 competitors and both men’s and women’s brackets. In addition to the regular brackets there was a 145-pound men’s qualifier bracket, with the winner of the bracket taking home $1,000 and earning themselves the last spot in the 16-man 145-pound Emerald City Invitational bracket. Emerald City Invitational co-owners Sam Micale and Andrea Scalisi were on location to observe the qualifier as it unfolded as well.

18 men signed up to test their luck at the qualifier, so there were two pigtail matches to get started before progressing into the regular bracket of 16. Jeff Mock, head coach at Finishers Jiu Jitsu Masury in Ohio, tore through the bracket with three submissions before meeting Robert Degle in the finals. Jeff then secured his spot at Emerald City by winning via escape time in overtime in the finals. He took home a kendo stick, $1,000, and a swag bag for his efforts as well. Jeff will be facing the first seed, Kennedy Maciel, at the Emerald City Invitational. You can check out the replay of the qualifier here, as well as the other matches from mat 1 from earlier in the day.

Jeff is no stranger to the Finishers MMA events, having been in the Finishers Sub Only 2 back in 2016. He has been cross training with the Finishers squad since around that time and has always been adamant that he wanted to have a school that was affiliated with Finishers MMA. The weekend prior to the qualifier Jeff was just promoted to black belt by 10th Planet Bethlehem coaches Zach Maslany and JM Holland. 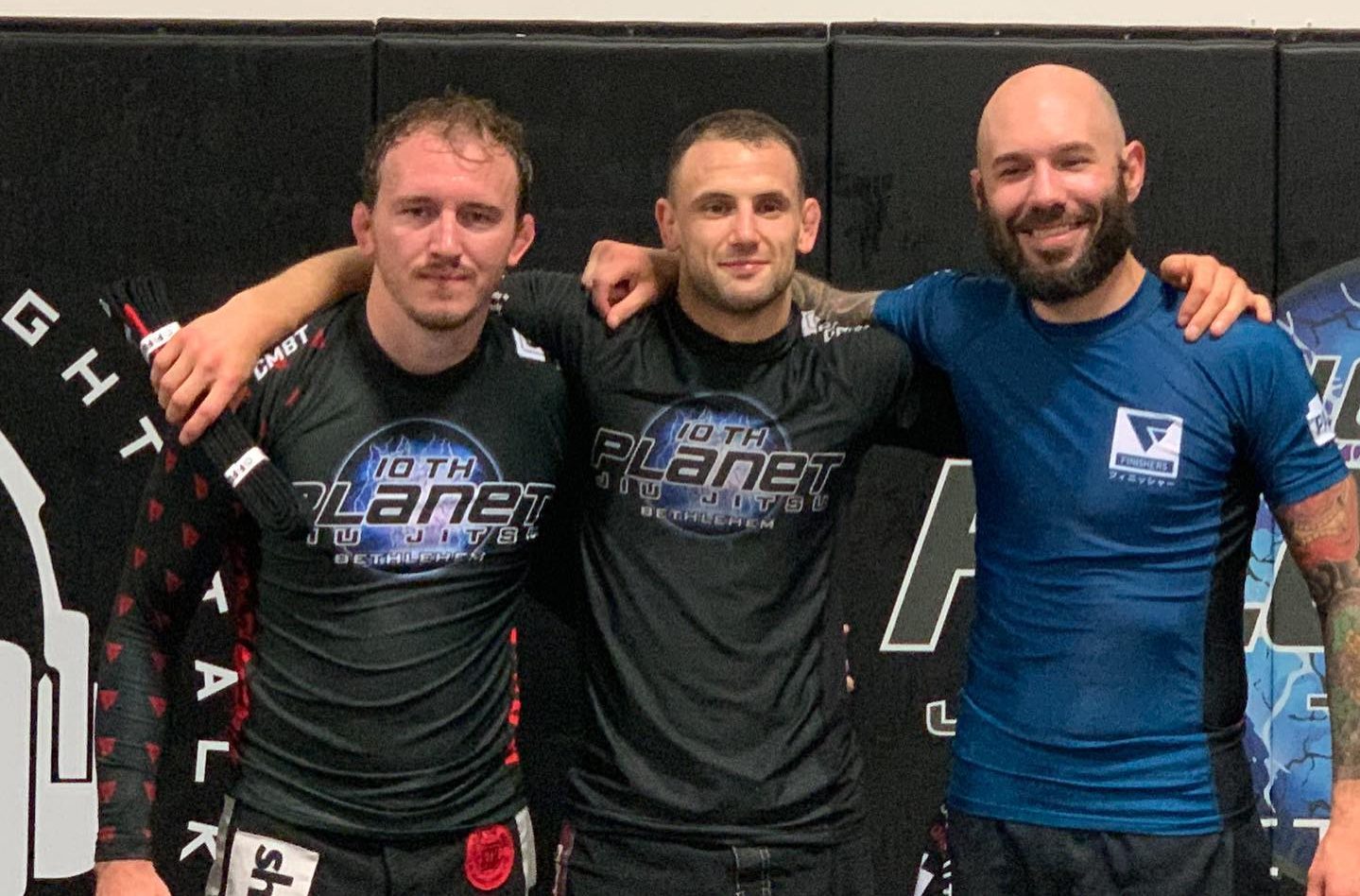 Jeff has been picking up wins all over the place for a while now and was even on the first Emerald City Invitational event, winning his superfight against Cameron Mellot. Interestingly enough, Cameron is in the 145-pound bracket for the upcoming Emerald City event, so there is a chance they could run into each other again. Jeff is now the third 10th Planet competitor in the Emerald City tournament, joining other 10th Planet stand out black belts Keith Krikorian and Luis Quinones. The full line up for the Emerald City Invitational 145-pound tournament is listed below. The Emerald City Invitational will be held on August 7, 2021 at The Showboat Hotel and Casino in Atlantic City, New Jersey and will be live streamed on Flograppling. The winner of the 145-pound tournament will take home a $10,000 cash prize and there is a stacked undercard of superfights as well. VIP tickets to the event are sold out but general admission tickets are still available here.

The Biggest Rematch in UAE Warriors History is Official

By Brian Jensen 4 days ago