While “Rampage” has competed at 205-pounds for a vast majority of his nearly 17-year career, this main event contest against Ishii will take place at an agreed upon catchweight of 215 pounds.

Tickets for “Bellator: Dynamite 2,” which start at just $30, go on sale this Friday, April 8 at 10 a.m. CT on Ticketmaster.com and the Ford Box Office at Scottrade Center, with a special Bellator Nation presale available from 10 a.m. CT to 10 p.m. CT on Thursday, April 7 for fans using the code: “BELLATOR.” Doors for the event open at 5 p.m. CT local time, and the first contest takes place one hour after.

“Bellator: Dynamite 2” airs live and free on Spike at 9 p.m. ET/8 p.m. CT, while preliminary bouts will stream live on Bellator.com and The Bellator Mobile App.

Exactly like the groundbreaking inaugural “Dynamite” event this past September in San Jose, both a mixed martial arts cage and kickboxing ring will cover the floor at Scottrade Center in St. Louis, giving fans in attendance the opportunity to see both iterations of combat sports on the same night.

A three-fight veteran of Bellator MMA, “Rampage” signed with the organization in 2013 and is riding a four-fight winning streak. His legendary career has seen him compete against some of the top names in the sport across multiple organizations including PRIDE and the UFC, generating a loyal army of fans along the way. Jackson is the proud owner of many epic highlight reel slams and knockouts that he’s racked up throughout his battles with guys like: Chuck Liddell, Dan Henderson, Kevin Randleman, Ricardo Arona, Marvin Eastman, and perhaps most-notably his trilogy with fellow Bellator warrior Wanderlei Silva.

When he’s not beating people up in his MMA fights, Jackson’s larger than life personality has earned him multiple film roles, where he’s been able to beat people up on the big screen. Now, the 37-year-old returns to action for the fourth time under the Bellator MMA banner, where he looks to improve upon his unblemished mark within the promotion. With 19 of his fights taking place in Japan, the large contingent of Japanese MMA fans will have a hard time determining who to cheer for when “Rampage” takes on Ishii in June.

Ishii is a 29-year-old powerhouse Judoka who earned Gold at the 2008 Olympic Games in Beijing after defeating the best the world had to offer in the +100 kg division. Now fully focused on mixed martial arts, the Japanese star has competed in his home country almost exclusively throughout his 20-fight professional career and will be making his stateside debut on June 24 against “Rampage.” With half of his victories coming before reaching the judges’ scorecards, it’s worth noting that three of Ishii’s defeats have come at the hands of some of greatest the sport has to offer, such as Mirko Cro Cop and Fedor Emelianenko. Most recently, the judoka competed at light heavyweight for Rizin FF, during the promotion’s inaugural card on New Year’s Eve Weekend. 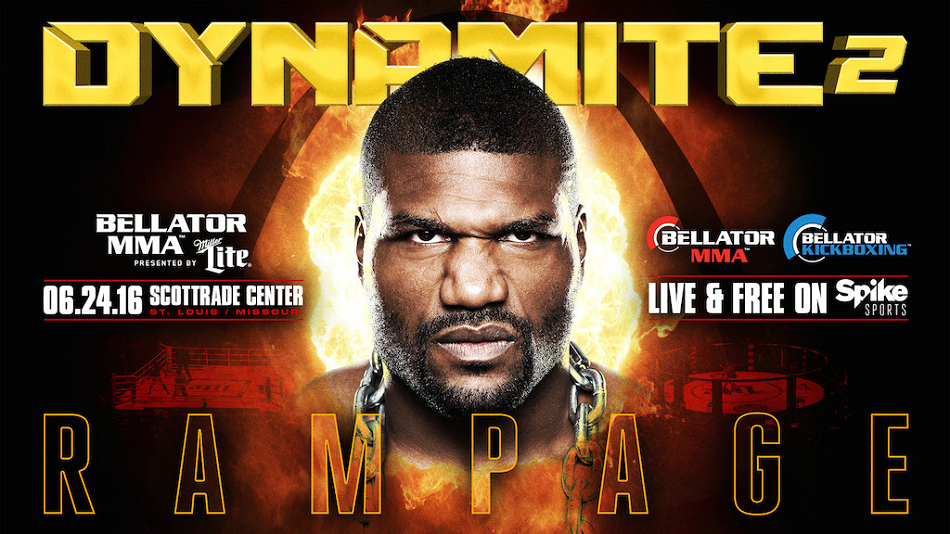