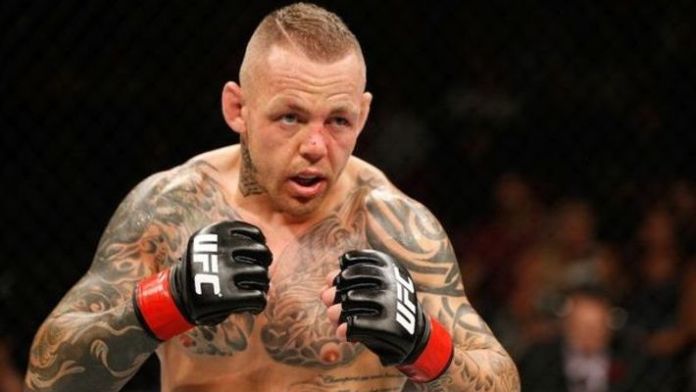 Tony Reid – The judging and officiating in the sport of MMA is something that has been criticized for a decade or more with no real improvement or positive change to be seen. It seems like very few current judges are truly qualified to judge a mixed martial arts fight. With you being on the wrong end of so many decisions and raw deals what are your thoughts on judging and what might be able to be done to improve the quality of judging in MMA?

Ross Pearson – “100% when I finish my fighting career I am going to be a judge. I will make amends for all the bullshit decisions that have gone down. I think the ten point system needs to be looked at. I don’t think it generally works in mixed marital arts. I think more fighters need to become judges, not guys who were boxing judges or guys who have been to Jiu jitsu class once or guys that work for the commission that haven’t even been in a fight. Its gonna take judges who were fighters, who have been in there, who have taken the shots, who understand the positions and who understands what the fighter is feeling. If a guy is getting head kicked he is going to get knocked out. If a guy is getting head kicked and he counters with punches and his own kick does the other guy get scored for the head kick? No because the other guy countered and came back with his own combination. I don’t know what some of these judges are seeing. I don’t know what they are watching but there needs to be fighters going into the judging system. Only fighters know who is winning the fight because they can feel it. If you are in a fight you can feel if you are winning or you can feel if you are losing. I think when our generation of fighters finishes their careers I think many of them should go into the judging system and try to make amends for all the wrongs that are happening in the sport today.”

Tony Reid – You suffered a controversial loss to Francisco Trinaldo in Boston on the UFC Fight Night Dillashaw vs. Cruz card. Walk us through what happened that night and, in your eyes, what led to the decision not going your way?

Ross Pearson – “First off, I thought I won the fight. I felt I controlled the pressure. I landed the better shots and I got more takedowns. I felt like I was pushing the fight. When the referee stops you three times in the third round and tells you to engage in the fight I don’t know how you win that round. I guess I haven’t been fighting long enough to understand what the judges are seeing because this keeps happening to me. The Diego Sanchez fight was another mystery to me. It is what it is. I won’t break. I won’t quit. I won’t stop. I will continue to get better and I will keep finishing guys. It’s just the way I am. I am too determined. I am too focused and I want it too much. This is what I do for a living for myself, for my family. I won’t be denied. It was a poor night. It was a poor performance and a poor fight. I want to put that behind me and make it all better with the win over Chad Laprise.”

Tony Reid – Abel Trujillo has been unable to fight you on multiple occasions. Was there ever a moment when you heard the news and just thought “Really? Again?”

Ross Pearson – “Yeah. The second time he has pulled out of a fight with me. In my head I had a feeling that this might happen again. I don’t know why. I don’t know what happened. I heard he had visa issues. The week out before the fight you have visa issues? Surely you get your visa sorted a few weeks, or months before a fight. This is the second time he has done this to me now. He’s not going to get a third time. What’s the point in preparing for him a third time and the fight not happening again? He has to do something with his career now and fight somebody else. I’m not going to be there. I’m not going to waste my time doing 10 weeks of training and then have him pull out again. That just silly. That book is gone now.”

Tony Reid – When Chad was named as Abel’s replacement I heard you were sitting right around 174 pounds and would have been more than happy to take this fight as a welterweight.

Ross Pearson – “Yeah, when I got the call from Joe Silva to tell me that Abel had pulled out he told me that I had two options. One was not to fight. The other was to fight Chad. At the time I was frustrated and pissed off. I said yes, that I wanted to the fight straight away. I watched Chad’s fights. You know what he hasn’t prepared for me. I haven’t prepared for him. Let’s just keep this a real fight like McGregor and Diaz and let’s make it a real fight and go in there and scrap it out. Unfortunately Joe Silva didn’t want that to happen and he said we both signed to fight at 155 pounds so we had to fight at 155 pounds. Unfortunately we had to cut weight.”

Tony Reid – So now that the welterweight class is in the conversation are you considering entertaining the idea of taking even more fights in that weight class?

Ross Pearson – “Yeah I was talking to my team today. I do want to fight at 170 just to see how much my performance is depleted by cutting weight. I have never fought in the UFC at 170 pounds. I have seen my performance get squashed at 145. I have had good and bad performances at 155. I want to see how much the weight cut really does affect my body and how I fight. I would love to come in and train the whole weight, eat the whole weight and lift, be strong, be powerful and fully hydrated all the way through and see how I perform. These are the questions I want to ask myself.”

Tony Reid – You have shown an interest in fan friendly fights. Any opponents in mind or on the wish list for a fun scrap?

Ross Pearson – “There are so many guys. Donald Cerrone is a guy who likes to go in there and swing and fight. He is a guy I would like to test myself against. I would love to go in there and throw some leather with Donald, either at 155 or 170, it doesn’t matter. I think we would both put on a great fight. There are still a lot of guys that stick to the old Pride principles and just go out there and fight. I am still one of those guys. I would like to fight Matt Brown. He is a good guy. A great fighter. That would be a good fight, too.”