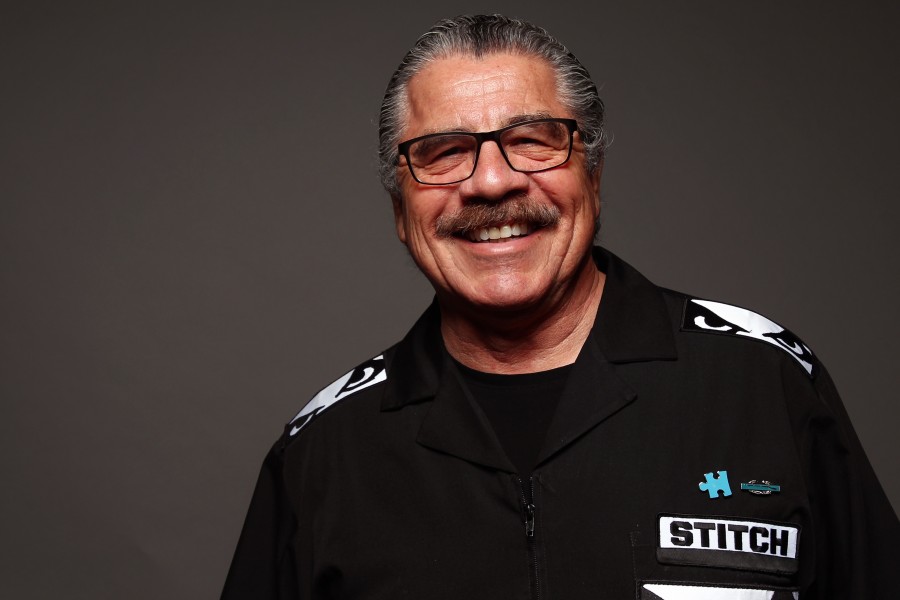 Aside from the fighters themselves, there are few recognizable figures across multiple promotions. Jacob “Stitch” Duran is not only the most famous cutman in the world of MMA, but also in boxing, kickboxing and even bare-knuckle boxing. If there is a potential of getting cut, Stitch is the man that every fighter wants in their corner.

Stitch Duran wasn’t raised with hopes of combat sport stardom. As a migrant farm worker in the California San Joaquin Valley, the future cutman picked cotton and fruit while he dreamed of bigger things. Stitch didn’t even know where Thailand was when he was stationed there in the U.S. Airforce. Now he travels the world wrapping hands and keeping fighters safe in the cage or ring while also giving them the best possible chance to get through to the next round one cut at a time.

Did you ever imagine this would be your life?

“I never did. My mind is blown every day and I think “why me?” It had to happen to somebody. All of the great thing I have done. . .  I have worked with the very best fighters and boxers in the world. I grew up as a farm worker. I never thought I would travel like this, be in movies or have my own book. All I knew was farm work.”

It is clear within seconds of talking to Jacob Duran, that he is passionate about his job and how his personal performance can affect that of the fighters. His actions could be the deciding factor in whether or not a fighter can continue to fight. His skill set, coupled with the heart and determination of the fighter could make or break a career. 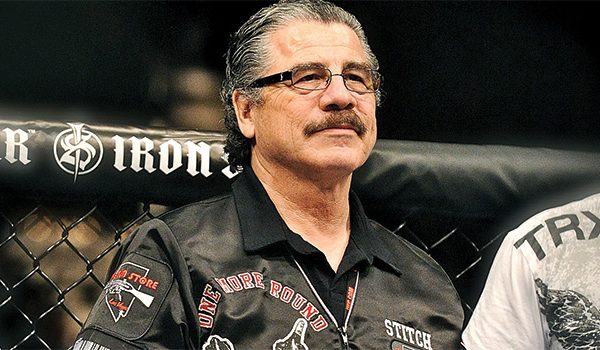 What was the most difficult moment you have ever had inside the cage?

“I think one of the most heartbreaking memories was when Corey Hill broke his leg during his fight with Dale Harrt. I get to him and I’m on my knees on the canvas. He’s screaming in pain. His leg is facing one way and foot is facing the other way. I’m holding it and trying to straighten it. ‘Where’s my father?’ I was working with Don House and I sent him to find his father. They are shooting him up with morphine and lay him on the gurney. Then he looks up at me and says, ‘Stitch, I almost had him.’ What a warrior. It was heartbreaking.”

How different is it working in boxing rather than MMA?

“The MMA community has a lot of character. Everyone is so nice. They are very outgoing and fighters are more willing to take pictures and give fans that attention. As a cutman, it’s a dream. There are a lot of opportunities to work because there are a lot of cuts. I think MMA is great.”

Stitch was also the cutman for the recent Bare Knuckle Boxing event in Wyoming. It was the nation’s first sanctioned bare-knuckle boxing event and was widely viewed as a success.

“I was impressed with the commission and they did a good job setting the guidelines for it. Fighters came out to fight and fans loved it. They were lining up an hour before the show to get in. There was nothing surprising. Cuts are going to happen. I didn’t know how bad the hands were going to be. I remember after the Joey Beltran fight with Tony Lopez. I was holding Joey’s knuckles and they were full of blood. I tried to wipe them off quick because I thought that wouldn’t be good for TV, but it was great.”

Stitch, do you even know how famous you are?

“I don’t think so. I am always still that guy who grew up as a farm worker. Shaq and Charles Barkley actually know who I am. When I did Creed, Westly Snipes came up and said, ‘Hey man, the UFC did you wrong.’ Someone like that will stop me and it’s a trip. I was just in Athens and people recognized me as soon as I got off the plane.” 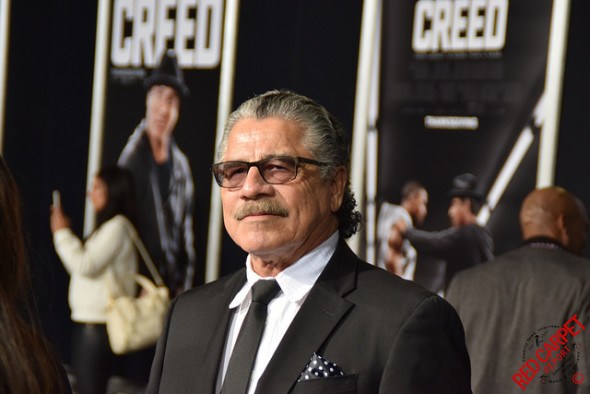 Do you understand what it means to a fighter when you wrap their hands? It like they finally “made it.” They may not even remember the fight, but they’ll remember that Stitch wrapped their hands.

“I was just talking to Ramsey Nijem (fighting for the Professional Fighters League) He was telling a story about how he had broken his nose and was in a difficult position and I was treating it lightly and making sure he was mentally ok. That’s one memory that he has and that is important.”

For Stitch, there is more to being a cutman than just going through the motions of the physical job. His presence and demeanor have the power to inspire a fighter to persevere with confidence through difficult circumstances or quit in the corner. He knows his words have power and his ability to hold a fighter together mentally is just as important as what he can do for them physically.

“Whether it is taking care of a bloody nose or wrapping hands, I want them to have the confidence to perform. That makes a difference and the chances of winning get higher.”

What does the next generation of cutmen need to know to be successful?

“I think they need to know that you are there for the safety of the fighters and there are guidelines that I have set that are successful. Some of the adjustments that I have made like using wrist wraps to hold tape, cotton swabs and things you need quickly. A lot of people are using that and I am glad they are. You only have 60 seconds to work. Everyone has to develop their own style, but the new generation is so much better than the first one.

“I remember asking someone a question when I was learning to be a cutman. He said, ‘I’m not telling you. You are going to have to learn just like I did.’ Years later, that man and his son wanted to get a photo with me. I never forgot that though and I won’t be like that. It is important to the fighters that we know how to do our jobs as best as possible.” 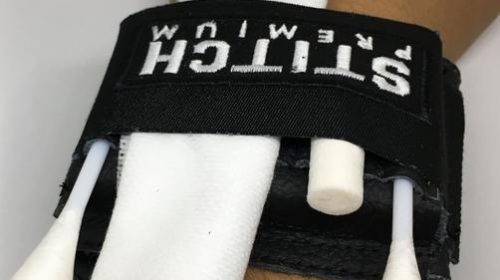 Natan Schulte previews his fight against Marcin Held at PFL 1

‘On the right path,’ Alexa Grasso likes the idea of facing a former inspiration

Anthony “Showtime” Pettis: “I come to fight, people know my style of fighting”