TJ Dillashaw returns this weekend. He throws himself back in the mix taking on Cory Sandhagen in what is likely a number one contenders bout. Much talk has been around his failed drug test that sidelined he former champion for two years. But the talks about Dillashaw and his use of EPO have seemed to fallen on deaf ears. In a world where the internet archives everything and nobody forgets or forgives a single misstep, what is happening here? Simply put, perfect PR work.

An Admission of Guilt: TJ Dillashaw

Right off the bat in 2019, Dillashaw, coming off of a humiliating loss to Henry Cejudo, got in front of the EPO test and admitted he cheated. The mental aspect of this was actually pretty strong. In a bid for glory, Dillashaw went down to flyweight and got finished in 32 seconds. He protested the loss, saying it was early. Then, after being notified of the failed drug test by USADA, Dillashaw switches to regret mode.

He outright says he cheated and he knows it was wrong. He admitted his mistakes. Dillashaw, who was MMA’s darling for some time, took his mistake and did the best thing possible for it. He didn’t double down on the “tainted supplement” or “picograms” point. He didn’t lie. Instead, he took his licks. And boy, did he take some brutal ones.

EPO is a drug that looks very bad. The optics are just not good surrounding the drug. Most of the time, it’s injected. The enhancements from the drug are quick and lucrative. Dillashaw was absolutely crucified by the media for it, and rightfully so. Perhaps even worse was Cejudo doubling down on beating “the cheat” and beating the other last man to defeat Dillashaw, Dominick Cruz.

Upon his return, the media has been trying to crucify TJ Dillashaw again. But, there’s not as much rah-rah from the fans. Why? Because he owns it. He admits he cheated. He acknowledges it was wrong. Fans are forced to agree with the cheat they want to hate. It’s proof that the USADA 2 year ban was effective.

In comparison to Jon Jones, Dillashaw is handling the failed drug test magnificently. Jones failed various drug tests ahead of UFC 182, 200, 214, and 232. Cocaine, picograms, turinabol, gas station dick pills, you name it, Jones has been in trouble for it.

Jon Jones has always doubled down on being innocent, however. The lone exception where he accepted his failed test was the cocaine failure, but even then, he deflected saying “I’m not a cocaine addict by any means or not even a frequent user. I just made a really dumb decision and got caught with my pants down in this whole situation.” 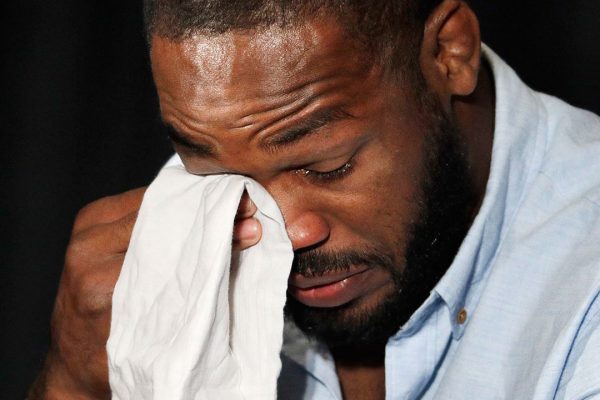 Jon Jones is absolutely crucified every time he fights due to his past allegations. It’s because of his denials, however, that the jeers grow louder and louder every fight. From crying to swearing he’s a good guy, nobody buys it. Crowds as a whole have a pretty good nose to sniff out bullshit. Jon Jones is full of that. Everyone knows where there’s smoke, there’s fire and in the case of Jones, that fire is performance enhancing drugs.

Jeers at TJ Dillashaw are less effective to riling up the crowd into a frenzy. When someone accuses him of being a cheat, he outright says yes, he cheated. There’s nothing to argue. He’s telling everyone that they’re right. Dillashaw did cheat. What’s the next question?

I’ve gone through various stages of my TJ Dillashaw fandom. The Renan Bararo wins were some of my favorite in history. Then the EPO scandal broke that trust and my liking of Dillashaw. But, during this press run, it’s hard for me not to root for the guy who owned his mistakes and took his lumps.