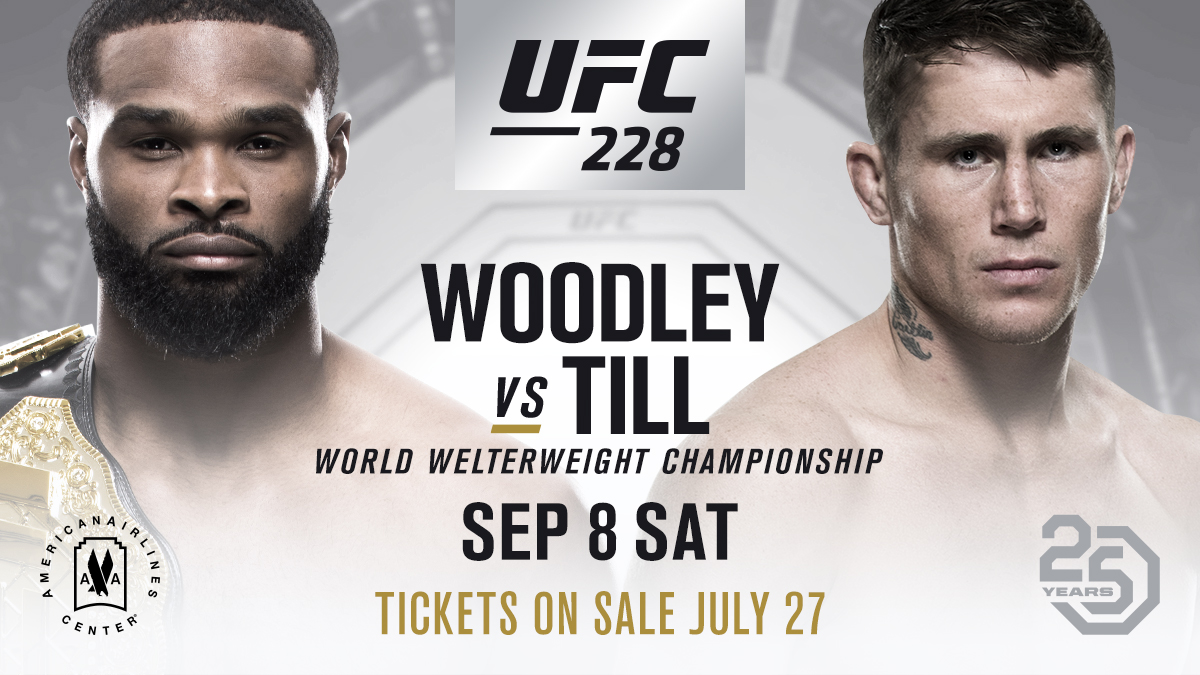 The UFC‘s return to Dallas on September 8 will now feature a championship doubleheader as the promotion announced Tuesday that undisputed welterweight champion Tyron Woodley will put his title on the line for the fourth time against unbeaten British banger Darren Till in the UFC 228 main event at American Airlines Center.

Tickets for UFC 228, which airs live on Pay-Per-View, go on sale on July 27. In the co-main event, Nicco Montano defends her UFC women’s flyweight title for the first time against Valentina Shevchenko.

Back in action for the first time since defeating Demian Maia in July 2017, Woodley will look to follow up that win and victories over the likes of Stephen Thompson, Robbie Lawler and Kelvin Gastelum with a signature performance against Liverpool’s Till, whose rapid rise to the top of the 170-pound weight class culminates in what promises to be a title fight to remember.

Who wins in Tyron Woodley vs Darren Till?