UFC heavyweights return to the Apex this Saturday in another top contender outing. French prospect Ciryl Gane will look to extend his undefeated record to 8-0 after a series of impressive displays in the UFC. It will be no clean sailing however, as he faces power puncher Jairzinho Rozenstruik who is looking to put himself in title contention.

This Saturday’s UFC Vegas 20 card is sure to produce more fireworks, we’ve analyzed all the fighters on the main card and will highlight what you need to know ahead of the fights. 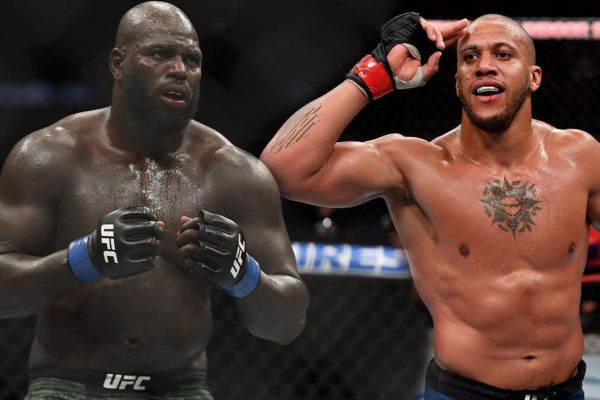 Rozenstruik background: From the moment he came into the UFC, Jairzinho Rozenstruik was tearing through the heavyweight division. Four straight knockouts saw him rise to the top of the division. It took number one ranked Francis Ngannou to stop the fighter from Suriname. He has since bounced back earning a KO victory over UFC veteran Junior Dos Santos. Despite a relatively short MMA career, Rozenstruik is a very experienced fighter. He has 85 professional kickboxing bouts under his name. With a record of 76-8-1. A win on Saturday at UFC Vegas 20 will get Rozenstruik back amongst the best of the best at the top of the division.

Rozenstruik’s power in his hands is undoubtedly his trademark weapon.  More specifically his lethal left hook. He does a good job of using that kickboxing background effectively. Rozenstruik will mix in leg kicks to slow down his opponents.  He is very patient and will wait for an opponent to step into his range before firing punches. From here, he will fire off the right hand and left hook looking to end the fight.

Gane background: Fighting out of the MMA factory in Paris, Gane has been a breath of fresh air in the heavyweight division. Back to back submissions started off his UFC career and has most recently TKO’d Junior Dos Santos in December. Gane’s rapid success is down to his versatility. On the feet or on the floor, the Frenchman looks comfortable. In his 7 victories, 6 have come by stoppage (3 KO, 3 submission).

“Bon Gamin” has an unusual style for a heavyweight. He is very light on his feet and looks to create angles to exploit. With a professional Muay Thai background, Gane uses all his weapons in the octagon. He likes to fire elbows and knees from the close quarters and his excellent wrestling supports this. Gane is one of the most well-rounded fighters in the division and his versatility gives him the option to control fights. 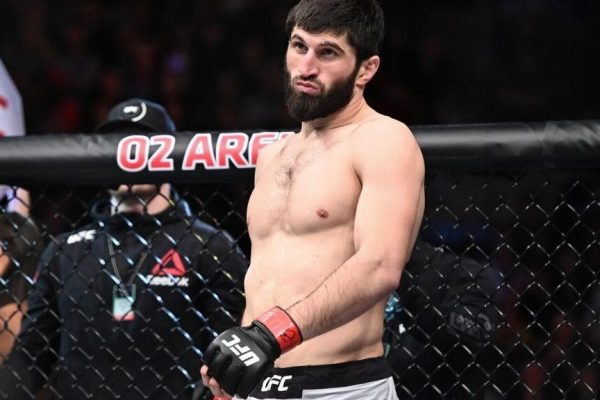 Krylov background: Former Fight Night Global champion goes into Saturday’s fight as the number 8th ranked light heavyweight. Last time out, the fighter from Ukraine earned himself a dominant decision victory over Johnny Walker. He’s finished 25 out of 27 victories, with a good balance of KOs (10) and submissions (15).

With his biggest threat coming from his Jiu-Jitsu, you’ll often see him trying to get the fight to the floor sooner rather than later. He has also displayed decent kickboxing when forced to strike with opponents.

Ankalaev background: The Russian is on a five fight winning streak following a submission loss in the very last second against Paul Craig in his UFC debut. Four of these victories came by way of knockout. A win for the prospect would see him edge closer to that top 5 of the division.

Ankalaev is an extremely powerful kickboxer. He is patient and will set up his powerful kicks from his southpaw stance. The Russian has the ability to end the fight in a flash.

De La Rosa background: Since her introduction into the octagon in June 2017, De La Rosa has gone 4-2 in the UFC. With three of those four wins coming via submission. She’s only been stopped twice. In her pre-UFC days, she lost via TKO to Cynthia Calvillo and by submission to Mackenzie Dern.

Despite her background being Jiu-Jitsu based, De La Rosa has made great improvements in her striking game. On the feet, she mostly looks to counters until being able to make entrances for the takedown.

Bueno Silva background: Bueno silva has enjoyed much success in her 8 fight career thus far. Finishing 6 out of her 7 wins (5 by submission, 1 by TKO) all of which came in the first round. She picked up her first career loss in March of last year, as he lost on the judges scorecards to Maryna Moroz.

The Brazillian is a submission specialist and is very dangerous off her back. She is a patient striker and will walk down opponents and cut off angles. She has powerful striking and picks her shots as opposed to landing in volume. 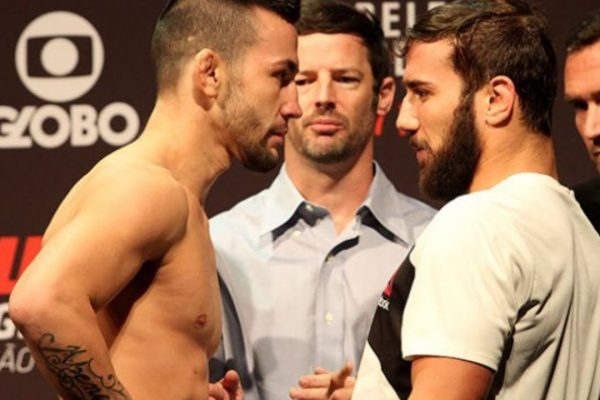 Munhoz background: Going into Saturday’s fight, Munhoz is the number eight ranked bantamweight in the world. His back to back loses came as a split decision loss to Frankie Edgar as well as a unanimous decision against title challenger Aljamain Sterling. He will look to re-enter that title discussion and pick up his first win since knocking out Garbrandt in March 2019.

Munhoz possesses an excellent set of submission skills, including a notorious guillotine. On the feet, the Brazillian has great power and relentless forward pressure. He’s never been stopped in 24 professional MMA fights.

Like Munhoz, Rivera’s last two losses have been decisions by the division’s elite. Two unanimous decisions against next week’s title fighters, Petr Yan and Aljamain Sterling. In his most recent outing, Rivera overcame Cody Stamann after going the distance. He is currently ranked just below his opponent at number 9. Rivera picked up a split decision win when the two met in 2015.

Rivera is a wrestler. However has excellent boxing and usually counter off the backfoot. He does great job of keeping his opponent guessing by staying unpredictable.

Caceres background: Alex Caceres is just one month short of the 10 year anniversary of his UFC debut. One of the longest serving fighters for the UFC, Caceres is still only 32 years of age. He is currently on a three-fight win streak after defeating Steven Peterson, Chase Hooper and Austin Springer.

Despite most of his finishes coming by way of submission, Caceres is predominantly a striker. He tends to mix up his kicks and punches as a counter striker.

Croom background: Making his UFC debut back in September of last year, it probably didn’t go quite to plan for the American. His fight against Roosevelt Roberts ended in a no contest draw. After seemingly getting the submission win just 30 seconds in, it wasn’t until after the fight that the result was overturned. This was due to Croom testing positive for marijuana.

Kevin Croom is an active fighter who likes to stay on the front foot. He has a strong kickboxing background that accompanies his relentless pressure.