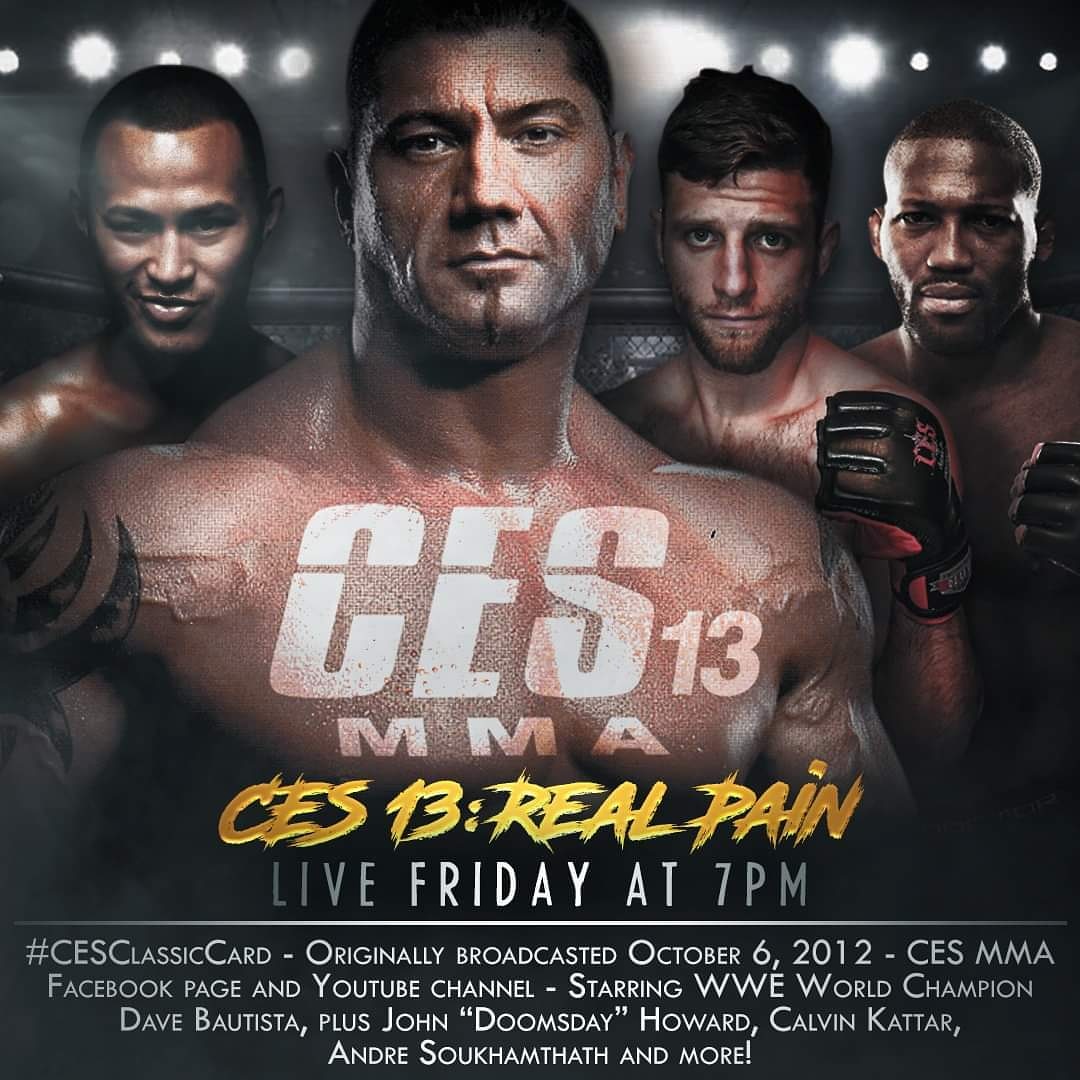 Keeping the fight energy flowing for fans, CES will re-air one of their classic events on Friday. The promotion will broadcast their ‘CES 13: Real Pain’ event which took place back in 2012. The promotion will be showing their event on both their Facebook and YouTube platforms starting at 7pm EST.

The rest of the card that will be featured on Friday is listed as below:

Long-time fans of CES MMA will recognize some of the listed names including John “Doomsday” Howard Calvin Kattar, Greg Rebello, and Andre Soukhamthath, and Luis “Rockstar” Felix. Some of those fighters have gone on to have good runs in the UFC including Soukhamthath and Kattar, who is a rising prospect in the UFC’s featherweight division and continues to get close to a title shot opportunity with each of his impressive performances.

While CES MMA could not move forward with their planned event for this upcoming weekend on April 24, they are providing fans with a true classic event from their history with names that can jump out to all fans of the sport.