Interview with Chris Stanford above.

USKA Fight Sports has been sanctioning shows for upcoming amateur fighters for the better part of two decades with some of the East Coasts’ elite stand up fighters hone their craft. Chris Stanford is no different as he makes his eagerly awaited kickboxing debut this weekend at USKA “Its On” at the Parkview Inn, located in Allentown, PA.

Stanford meets 1-0 fighter, JJ Veramendi in a fight that is expected to be set for absolute destruction. While both fighters are young in their career, both have grounds to defend. Stanford is making his debut after years spent serving in the military, thus is itching for that adrenaline rush of combat, whereas the undefeated Veramendi is looking to keep his record unscathed taking on a dangerous and “aggressive” debut fighter that is starving for his first win. Ingredients for a great matchup, to say the least!

Stanford took time away from his vigorous training schedule to join me for this exclusive one on one interview before fight night this Saturday evening. Tune in below! 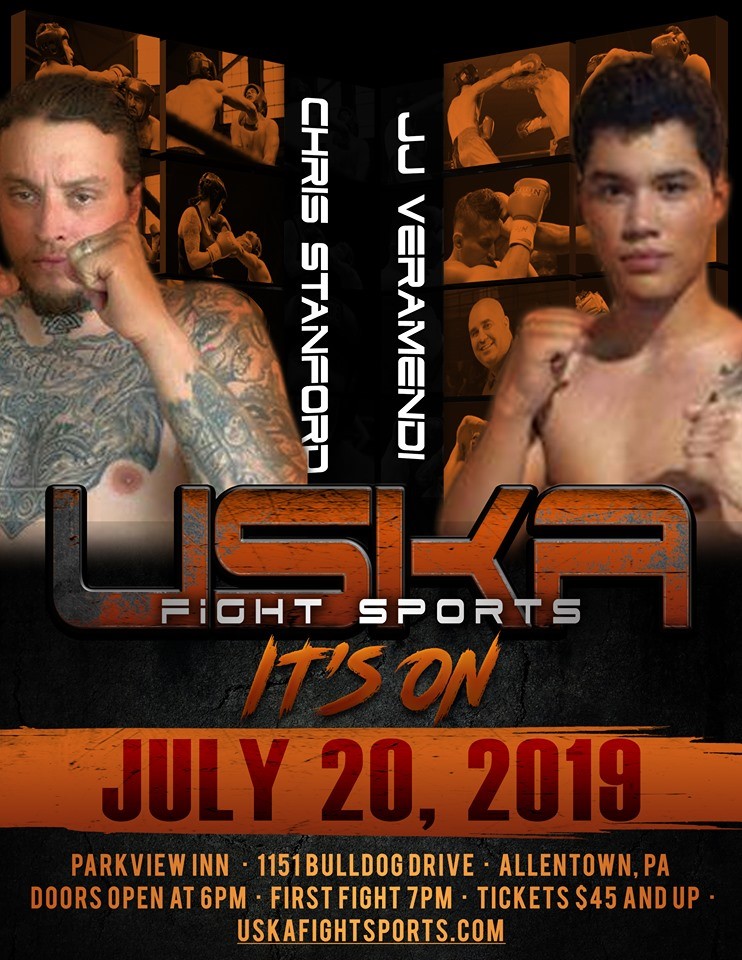