Heath Harris is a 25-year veteran in the sport of Muay Thai with 28 of his 29 wins coming by KO. Some may not recognize the name because its so difficult to find a worthy opponent who will even take a bout with such a dangerous man with iron in his strikes.

Enter Joe Stripling into the picture. Also a seasoned veteran in the sport who has a tough time getting opponents as well, so has taken the course of taking MMA bouts to stay active.

Put the two together, and you have a sure-fire action packed pro main event which is happening March 23 at the Greater Boys and Girls club of Bear, Delaware for Gut Check Championship Series…The promotion’s first ever pro sanctioned Muay Thai bout.

This bout has fireworks written all over it and MyMMANews’ own, Adam Crist goes one on one with Heath “Cowboy” Harris to discuss his bout with “Bazooka” Joe Stripling. Tune in below! 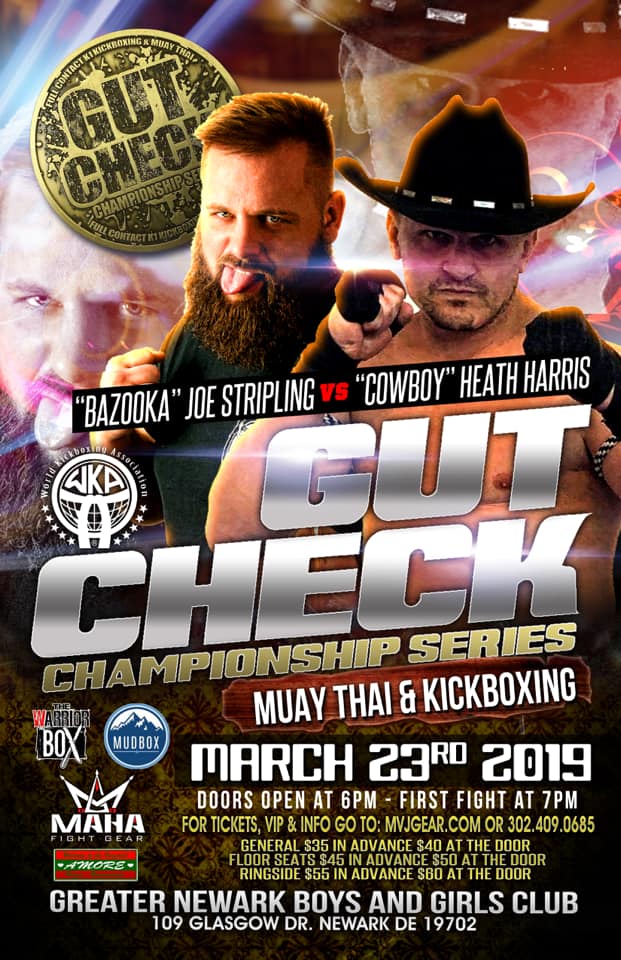