Jamal Johnson took a short notice matchup at Shogun Fights in July against the undefeated (4-0) Matt Skibicki where he avenged an earlier loss from 2017.  Johnson (2-4) now will try to string a winning streak together as he makes his Ring of Combat debut on September 13 against Dennis Dennis Buzukja (2-1).

Please check out our video interview with Jamal Johnson above.  Jamal and I go back to his amateur debut in 2014, and I have followed his career through the ups and downs. Johnson always brings his best effort and is willing to go head to head with anybody.  JJ gives us a look at his background in the sport and some of the coaches who have helped mentor him as he prepares for his fight in Atlantic City, New Jersey coming up from the Tropicana Hotel and Casino Resort.

Ring of Combat 69 is brought to you by Louis Neglia and Dead Serious Promotions. MyMMANews will be cageside with live results and a full recap of the full fight card.  This event will also be streamed live on UFC Fight Pass. 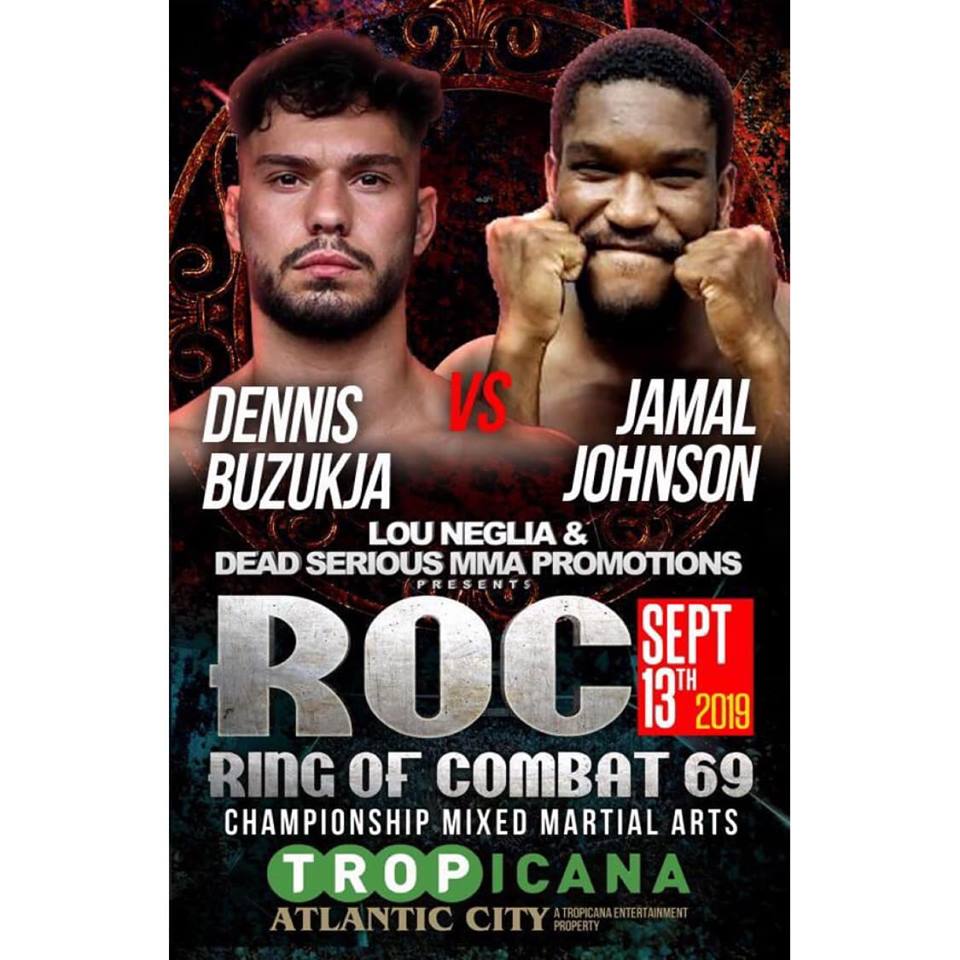 UPDATE: The fight between Jamal Johnson and Dennis Buzukja was eventually cancelled and not a part of the Ring of Combat 69 fight card.