Matthew Hicks has been on an absolute war path taking out any and all opposition that has come his way thus far in his MMA career, putting him at a perfect 5-0. Currently the Stellar Fights bantamweight champion, and previously a D1 collegiate wrestler from Bloomsburg University, Hicks found the transition into MMA to be a seamless entry in an effort to remain competitive.

Recollecting his journey into MMA, Hicks said in a past conversation – “About three years ago, my girlfriend recommended I give jiu jitsu a try. I started going to a small local gym. They had a very knowledgeable instructor teaching there but it wasn’t the same kind of intensity I was used to or wanted. Since my girlfriend had been doing jiu jitsu for a bit, she kept telling me that I should give Crazy 88 a try. She kept telling me it’s where all the serious competitors train at and it would be much more my pace. But, it wasn’t until one of my college teammates started working out there that I gave it a try. He brought me in for an early morning Sunday wrestling workout for just their high level jiu jitsu competitors and MMA fighters. I was introduced to guys like Aung La N Sang, Jon DelBrugge, Tye Murphy, and Tim Spriggs. That’s when I knew this was the right gym for me. They have multiple time world champions training there everyday, there’s no better competition than what’s in the room at Crazy 88.”

This Saturday, Hicks makes his highly anticipated return to the cage as well as his debut bout with Cowboy Fight Series. He’ll be taking on Mohammad Ali in a 140lb catchweight contest.

Hicks, not one for trash talk, says about Ali, “I know he’s a tough opponent, We’re going to go out there and use all the tools we have in our bag, and hopefully one of those tools gets the job done.”

Tune in below as Matt Hicks and I chat in depth about the biggest fight of his young career at Cowboy Fight Series as he takes on Mohammed Ali in a 140 lb. catchweight!

Be sure to get your tickets below and if you’d like to support Hicks, click “Matt Hicks” in the designated box to give your preferred fighter credit with ticket sales. If you can’t make it to the fight, keep it locked to MyMMANews for all your live updates. 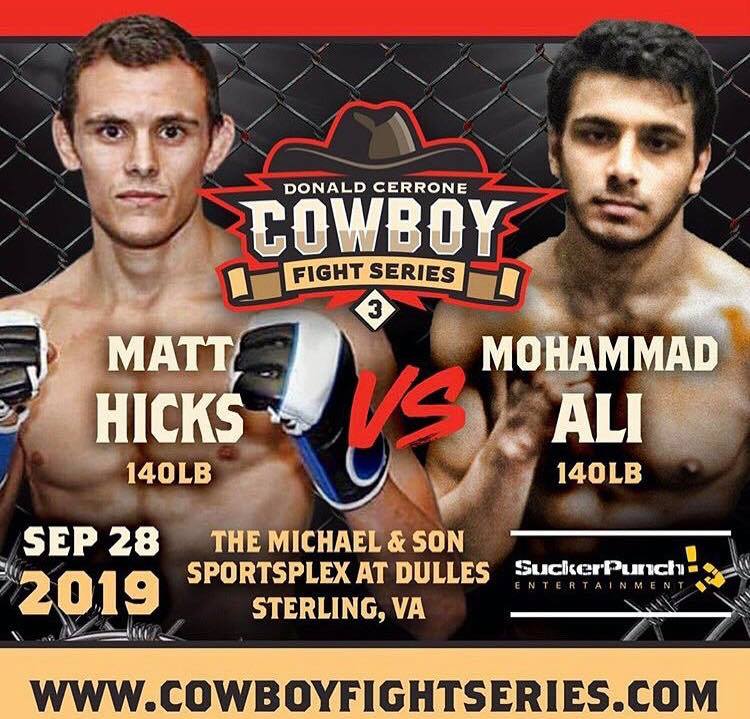 By Lenny March 6 days ago

By 'Beautiful' Bob Meloni 1 week ago