Muhammad Mokaev is more active than most fighters.

The undefeated bantamweight fought six times this year, including a 4-0 professional run. A national pandemic is clearly not an issue for the Brit, who has managed to travel around the world to compete during COVID-19.

After making his professional debut this past August, Mokaev earned three finishes out of four bouts. He most recently beat David Jones via TKO at Celtic Gladiator 28 on Nov. 22.

Going through four training camps and competing four different times during the pandemic is not not easy, but Mokaev wants this type of career.

“You have to love this,” Mokaev said.

“Just excuses. If your gym closed, this closed, if you want to feed your family, you will do anything.”

Fighting six times in 2020 is nothing the 20-year-old is unfamiliar with. In fact, this current stretch in 2020 could be considered a down year compared to 2019.

His 2020 campaign even began with two victories in back-to-back nights last March. Mokaev’s active amateur career helped develop him to the fighter his is today.

“You just turn up to the organization, you make weight, you fight and you give all your energy into it. In IMMAF, you save your energy a little bit, some good fighters wind up losing because they go crazy out the first fight because of all the pressure,” Mokaev said. “I don’t see professional fighters tougher than some amateur fighters. I got dropped in amateurs, I got up, I fought, but I believe there are some tougher fighters in the amateur league than some professionals.”

Competing during the COVID-19 pandemic brought other challenges than just the opponents across the cage. During a period where it’s difficult to travel internationally, Mokaev has traveled to Sweden, Bahrain and Australia.

After having six opponents drop out before his professional debut at Brave CF 37 in Sweden on Aug. 1, Mokaev still made his way to Stockholm. Since there were no direct flights to the location of the event, he flew to Copenhagen, Denmark and then took a 11-hour bus ride to Stockholm.

He capped off the trip by defeating Glenn McVeigh via unanimous decision.

Mokaev managed to fly to Australia for his final two amateur bouts during the beginning stages of the pandemic in March. He found himself stuck inside an airport in Qatar and since Mokaev has no visa for Qatar, he needed to stay inside the facility.

Mokaev spent $50 to use the gym and pool inside the airport, waiting for his flight.

“If your flight gets canceled, get another flight, get two flights, if you want to get there, you’re going to get there,” Mokaev said. 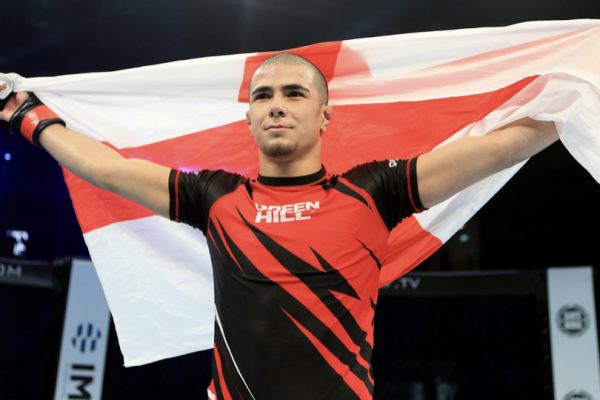 Mokaev’s next challenge will be in the flyweight division after competing all four of his professional bouts at bantamweight. He plans to make his first 125 pound appearance under the Brave CF banner in February 2021.

Mokaev is confident any top fighter in Europe needs to fight him in order to make it to the UFC. At 4-0, Mokaev is taking the fast track to climbing his way up the professional ranks.

Whether it’s at bantamweight or flyweight, Mokaev shows no plans to slow down.

“To be in the UFC, you have to be No. 1 in the United Kingdom I believe,” Mokaev said. “I’m already like No. 1 in the U.K., Europe, in bantamweight and flyweight, I believe I will be there soon.”

By Cole Shelton 17 mins ago

Conor McGregor says he previously retired out of “frustration”