Now that we have thus far the best event of the year in the rear-view in UFC 259, we can now notice the takeaways of the night. 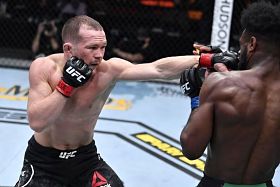 Petr Yan had his belt taken from him.

The fight starts out incredibly competitive, it seemed evident these are the No. 1 and No. 2 bantamweights in the world. Slowly but surely though, Yan started taking over, as he always does.

It got to the point where his opponent, Aljamain Sterling, was becoming fatigued, and Yan was starting to dominate the fight. However, late in round four, he landed an illegal knee to Sterling’s head while he was downed.

Sterling couldn’t get up, he’d been concussed, and the fight was stopped considering. That’s not the bad part though.

The bad part is the outcome of the fight, as they awarded Sterling the UFC bantamweight championship at the end. 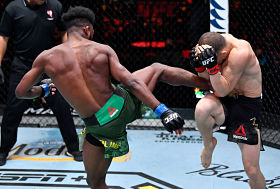 This is an issue because, well, the fight went 4:29 into round four. That’s plenty long enough to tally the scoring totals for the bout. Anyone ever heard of a technical decision before? 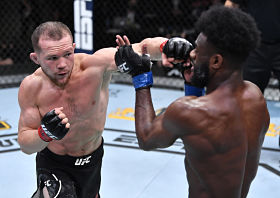 Technical decisions are a thing. As long as the fight goes long enough, it can still be scored. They chose not to do that last night, and the same thing would’ve happened if Anthony Smith didn’t continue during his fight with Jon Jones.

That shouldn’t have been a disqualification either, luckily Smith continued and it wasn’t.

There’s an issue with disqualifications in combat sports. Look at this fight, look at Jon Jones versus Matt Hamill, it’s so clear who the better man is.

Holding a DQ victory over someone does not at all mean you’re better than them.

It’s unfortunate, but it appears we may have an immediate rematch to look forward to in the coming months, 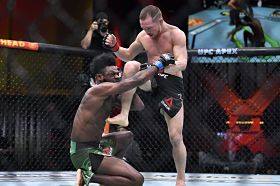 because Petr Yan did not lose that fight. Going into round four, two judges had Yan up 29-28, and one had Sterling up 29-28.

That’s why we need to remind these officials, there are other methods to resort to than disqualifying someone.

They could’ve scored round four as well, it was nearly through when the fight got stopped.

Whether the strike is intentional or not, it doesn’t make the victor the better party of the two.

Not to mention, Yan’s corner literally told him to kick Sterling right at that moment. He looked over at his corner, asked them if he could strike him, and they said, ‘yes, kick him’, and that’s when he landed that vicious knee to Sterling’s face.

It’s too bad, but do you feel Petr Yan should’ve been disqualified for the knee against Aljamain Sterling?