Jalin ‘The Tarantula’ Turner had a bit of a rocky start to his UFC career, and his mixed martial arts career in general. He came to the UFC with a 7-3 record, filling in on short notice to face Vicente Luque in a weight class above at 170 lbs. 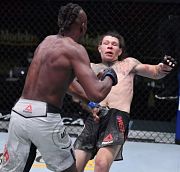 Though he lost that fight via KO in round one, he’s gone 3-1 in the UFC since with three beautiful finishes. But first, let’s start with the beginning of his mixed martial arts career.

After a successful amateur run, Jalin Turner opened up his professional career going 2-0 with two first round knockouts. He then dropped his next two, one via TKO in just 11 seconds, and one via split decision.

He then rebounded with back-to-back first round KO victories, totaling just 126 seconds between the two. Turner got TKO’d again in his next fight, this time late in round three, before going on a three fight win streak. 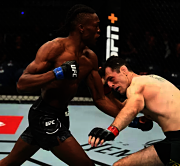 He then made his UFC debut, and was knocked out by Luque. He rebounded with a first round TKO over Callan Potter, a literal perfect striking display, he was on point that night.

His fight with Potter was impressive not only because of his performance, but Potter had twice as many fights as him, and Potter’s a dangerous grappler, a black belt in Brazilian Jiu-Jitsu. Turner passed the test with flying colors.

He’d lose his next fight to Matt Frevola via unanimous decision, an outing he was just out-paced and out-worked in. This brought his record to 8-5, at this point he really can’t afford more losses. There’s no shame in losing to Frevola however, he’s an absolute tank, just no one knows who he is yet. 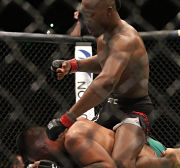 Turner’s turned it around recently however, as he’s started to really come into his own.

He’s now on a two-fight win streak with two second round finishes. He TKO’d Joshua Culibao in February, before submitting (rear naked choke) Brok Weaver this past weekend. This improved his professional record to 10-5.

This was his most impressive performance to date. He hurt Weaver multiple times throughout the fight, and it probably should have been stopped earlier in round two via TKO.

Turner dropped him and walked away, Weaver remained motionless for a good seven or eight seconds, he didn’t respond. Then when the fight wasn’t stopped, he got viciously pounded on, then submitted. 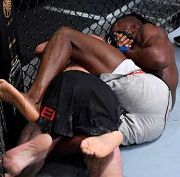 Turner’s range is something that will be a problem for most of his opponents in the future, as it already has been for many of them.

He’s 6’3” with a 77” reach at 155 lbs. His striking is so clean and precise, and he knows how to sting his opponents with his strikes. It’ll be very fun to see what’s next for him.

A fight with Michael Johnson would be a lot of fun to watch. They’re both very similar in styles, they both have very crisp striking, and Johnson actually fought Moises in his last fight. He was doing very well, dominating round one with his striking, before being leg locked early in round two.

Lando Vannata or Marc Diakiese would also make for great match ups with him. They’re both very creative, dangerous, fun to watch strikers, as is Turner. None of these four lightweight talents are ranked, and Turner will need a few more good wins before challenging someone in the top 15.

Turner is still only 25-years-old as well, he’ll continue improving for at least five years to come. Don’t let his record fool you, this kid’s for real, he has a very bright future in this sport.

By Matt Bricker 1 hour ago