Vadim Nemkov shocked the mixed martial arts world at Bellator 244, as he finished now former Bellator Light-Heayvweight Champion Ryan Bader via TKO at 3:02 of round two. After a close round one that Nemkov presumably won, he ended up catching Bader with a beautiful head kick and swarmed him for the finish. 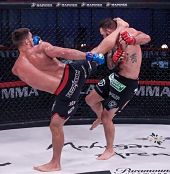 Bader looked a step behind for most of the fight, this is probably due to the fact that he hadn’t fought at 205 lbs in almost three years. Since winning and defending the Bellator Light-Heavyweight Championship, Bader went up to heavyweight and entered the gran prix.

He defeated Muhammad Lawal and Matt Mitrione in order to fight for the title against fellow finalist Fedor Emelianenko. After knocking Emelianenko out in just 35 seconds, Bader was declared the Bellator Heavyweight Champion. His one heavyweight title defense against Cheick Kongo however ended in a no contest due to an eye poke.

This was his first fight back at 205 lbs, and Nemkov showed him up. Bader still has his heavyweight title of course, but surely he didn’t want things to go the way they did on Friday night. Now that Nemkov has the title, it’ll be interesting to see what Bellator does next with him. 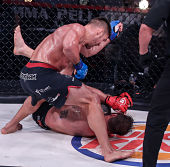 He has a record of 12-2 and has only lost to great fighters in Jiri Prochazka and Karl Albrektsson in his sixth and seventh fights, the most recent of which took place over four years ago.

Vadim Nemkov has also finished all but two of his wins via knockout. Having already gone through Bellator’s top light-heavyweight’s, they may just end up matching him up against promotional newcomer Corey Anderson.

That’d be a great fight, Anderson’s one of the best wrestlers in the sport, but it’d be best for him to have at least one fight before challenging for the title, considering he’s coming off a loss. 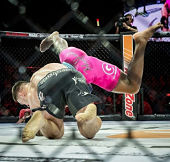 Or maybe they could have him rematch Phil Davis, given how close their first fight was, and also the fact that Davis has gone 2-0 since with two third round TKO victories. Davis is also one of the best wrestlers in the entire sport, he’s never been finished, and his last three losses are all via split decision.

Davis has also fought Ryan Bader, once in the UFC in a three round affair, and once in Bellator as he was defending his title against him. Bader ended up winning both fights via split decision, though they both could’ve easily gone either way.

Imagine if Davis won that last decision against Bader and was still the champion, that’s who we would’ve seen Nemkov face last weekend. They wouldn’t have fought in November 2018 like they did, we would’ve got to see it for the first time on Friday in a five round fight. 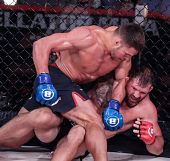 Mousasi has also held the Cage Warriors Middleweight Championship, and though he should be facing Douglas Lima for the vacant 185 lb strap next, he would be a huge name for Nemkov to put on his resume.

Lyoto Machida is another name he could face next. Machida is a former UFC Light-Heavyweight Champion and former UFC middleweight title challenger. It seemed his best days were behind him for a while there, but he’s recently gone 4-1 in his last five. 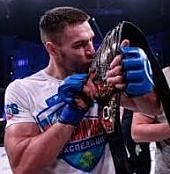 Machida defeated Eryk Anders and Vitor Belfort in his last two UFC fights, then came over to Bellator and defeated Rafael Carvalho and Chael Sonnen, while losing his rematch to Mousasi via split decision in his last fight. However, that Mousasi rematch was at 185 lbs, and his last win was at 205 lbs.

Lastly, he could rematch Bader, given the success Bader’s had in Bellator, but it doesn’t make the most sense. Though Nemkov handed Bader his first Bellator loss, he finished him handily, and he just looked faster and more technical all night.

Nemkov is also a four-time World Combat Sambo Champion from 2014-2019, as well as a bronze medalist the first year he competed, which he began the same year he started his MMA career in 2013.

Now that Vadim Nemkov is the Bellator Light-Heavyweight Champion, what’s next for him?

By Alex Behunin 9 mins ago

By Alex Behunin 1 day ago