Interview with Alaina Dutill above

The pro/am fight card is stacked with a bunch of interesting matchups and MyMMANews will be right in the middle of it.  In a featured women’s amateur flyweight bout, Alaina Dutill (1-1) will welcome Eden Steiber to the cage for her fighting debut. Steiber trains out of Grindhouse MMA and lost her original opponent, Melissa Gardner just a couple of weeks ago.  Dutill saw a post on social media and stepped right up as a replacement after consulting with her head coach, David Harr out of his CFS Academy. The irony lies in that both of Alaina ‘s previous bouts were against Gardner.

MyMMANews grabbed a few minutes with Alaina to check in on her fight week vibes. She tells us….
“I’m in the gym regularly so I’m feeling good and just picked up my cardio even more since we got the fight. I’ll be ready wherever it goes, but I love to stand and strike. Eden is making her debut, so there’s no way to know anything about her. We will just get in there and adjust of we have to.”
Please check out our interview on the link above. Dutill is a very busy young lady who just celebrated her 28th birthday this week. We shall see if she can give herself a victory to cap it off.
I will be cageside on commentary and post-fight interviews with The Big Homie, Justin Haskell and “Korean Thunder” Ryan Kim Cafaro. Eric Kowal will be cage-side with live results and William McKee as usual, will be capturing all of the good stuff from behind the lens. If you can’t make it out to Newtown, PA, you can order the PPV stream via the Starfund App.

Stay right here at MyMMANews as we continue setting the standard on regional combat sports coverage! 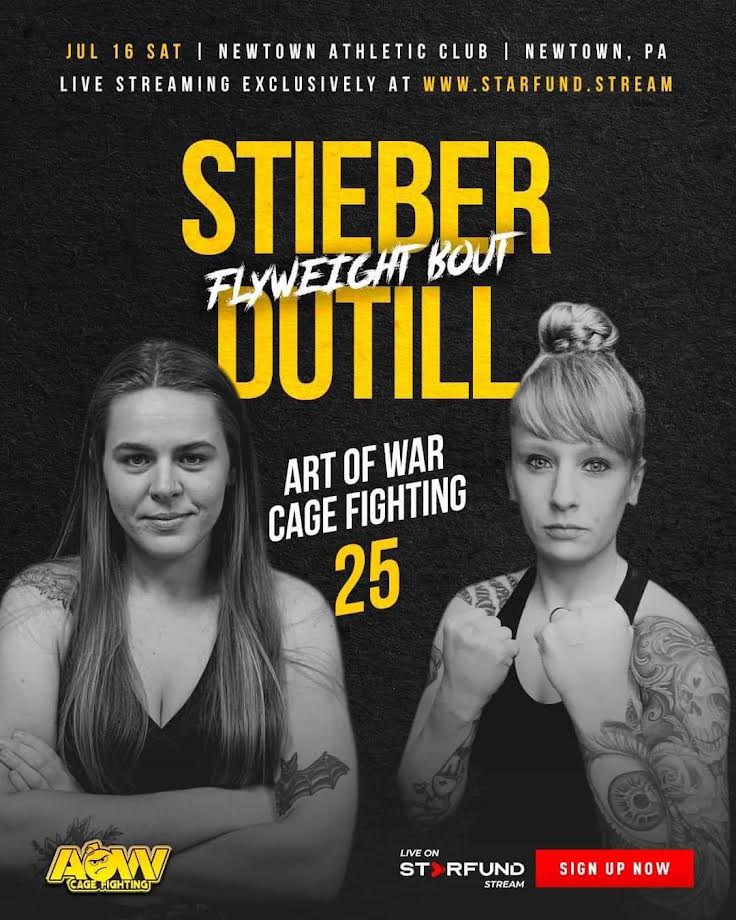