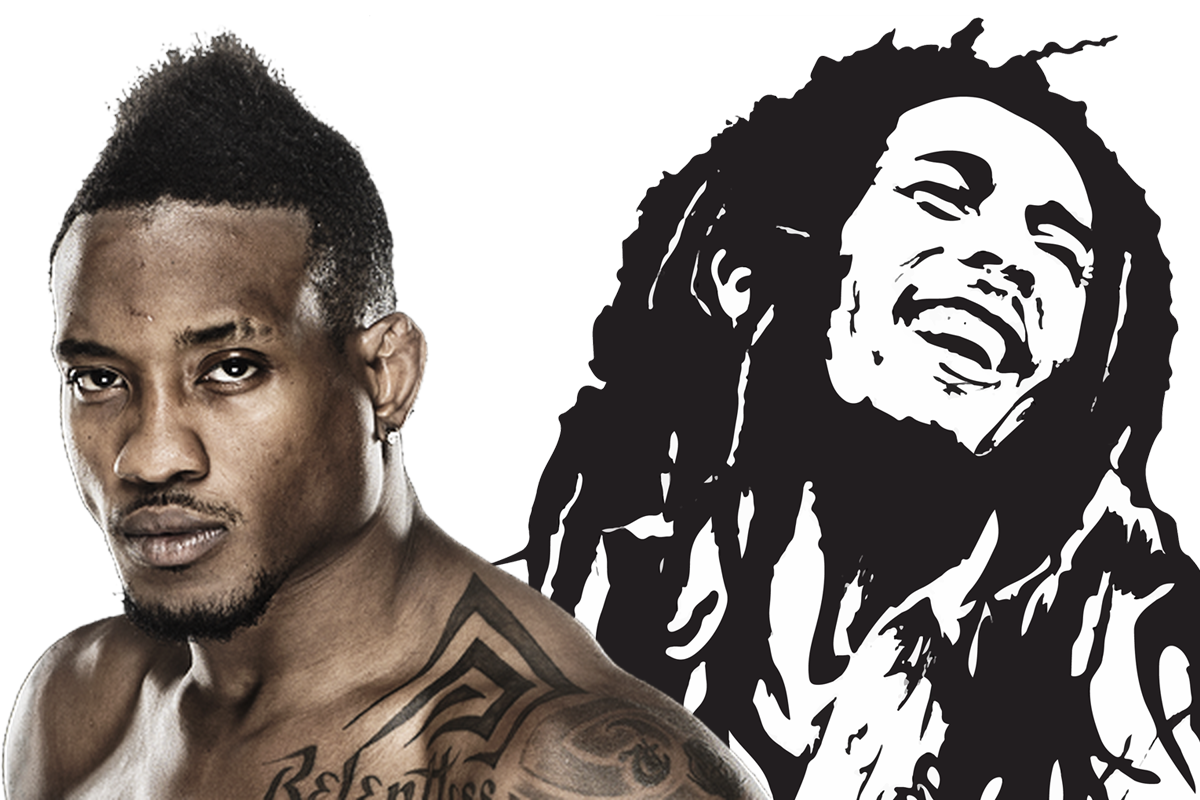 Bubba Jenkins was a longtime staple for the Bellator MMA having first fought for the organization at Bellator 97 in 2013. After 11 fights for Bellator, Jenkins went to Absolute Championship Berkut in 2017. The 30-year old professional mixed martial artist sits down with Tony Reid of MyMMANews.com.

Tony Reid – If you could fight anyone in any weight class who would you choose to pick a fight and why?

Bubba Jenkins – “I would love to fight Bones Jones. It’s one of those ‘what is gonna happen in this one’ kind of fight. He’s the biggest name in MMA so most people would pick him of course. When I was coaching on The Ultimate Fighter show we became close. He is a mentor to me. He is a good friend of mine. He is someone I look up to. To have that fight set up in fantasy world would be amazing. Not only would I want to fight the fight I want to be the first person to see it afterward. I a big fan of him but I am a big fan of the fighter I have become. I would love to see that fight.”

TR – If you could fight anyone outside the world of MMA, who would you choose to pick a fight with?

BJ – “If you asked me this question a few years ago I would say Cael Sanderson due to all the history we had while I was at Penn State. I would want to show him what MMA is all about. It would be difficult because of his ability to wrestle. In fantasy world I would like to get Cael Sanderson in there and beat the hell out of him. But since you are asking me today, since I have no grudge against Sanderson like I used to, I would now say Frank Molinaro would be the person I would love to get in the cage with. He is a wrestler trying to make his way on the Olympic team. I wrestled him in Madison Square Garden in New York. I never liked him as a teammate or as an opponent. He’s just not a good person. I like guys with character and with personality. He’s just not that guy. I would like to give him ten minutes of my mind, ten minutes of my physical abilities and ten minutes of true MMA attitude.”

TR – As a fan who are your favorite fighters to watch?

BJ – “I like Rashad Evans and Bones Jones. I like ‘Big Country’ Roy Nelson. He has that facial hair and he likes to swing for the fences. He tries to take your head off. In Bellator I like watching Liam McGeary fight. I like watching Rampage Jackson fight. I love watching Tito Ortiz. I like watching fighters that came from a wrestling background perform well in MMA.”

TR – Your wrestling background is well documented but you said that you also have a background in street fighting. Is there a street fight story you can share with us that won’t get anybody in too much trouble?

BJ – “I remember going to the basketball courts after a little scuffle in school. Nobody wants to get suspended so a lot of the neighborhood kids met up at the basketball courts. It turned into an all street 15 on 15 brawl that my brother ended up having to help me in. There we a few guys on me and there were a few guys on him. At the end of the day we walked away with the victory. We were losers even though we were winners. We got beat up pretty good, too.”

TR – One of your most memorable wrestling matches was against former Penn State football coach and icon Joe Paterno.

BJ – “I went to shake Joe Paterno’s hand and he hit me with a slide by. He grabbed my hand and pulled…it was an official wrestling move. He knew exactly what he was doing. He was old as hell and did it in slow motion but it was amazing. I was going to shake his hand. I was very timid. Here is the oldest guy on the Penn State campus and if I break him we could really have a problem. Once I got close to him I go to shake his hand and he hits me with the slide by. It was just great to have Joe Paterno try to take me down.”

BJ – “I really pride myself on being really down to earth. No matter where I go or how much money I make I want to pride myself on being reachable and touchable. Doing the autographs, taking pictures, saying hello to everyone. I’m just that type of guy. I grew up in a blue collar community. My family and my mom have always kept me grounded. My support system have always told me to always be the person the people know you to be. I always go back to the old neighborhood and just saying what’s up to the people I know. From Virginia to California, that is something I do for sure.”

BJ – “I would tell myself not to listen to all the haters. It used to pump me up and give me drive. It still does but a lot of times when I lost it was because I was listening to the naysayers. I would say to believe in myself, have confidence and don’t listen to the naysayers. You aren’t as good as people are saying you are and you aren’t as bad as people are saying you are. Keep your lows not too low and keep your highs from getting too high.”

BJ – “I never had a job man. I have been an athlete all my life. If you can say camp counselor or youth coach is a job then it would be that. I love to coach kids and give back. When I show them a move and see them do that move in a match that is a joy that you have to be a coach or a father to see and appreciate. Coaching is something I really love doing. Whether it’s a job or not, I truly enjoy that.”

TR – Best way to get pumped before a fight?

BJ – “Bob Marley, baby. Bob Marley is the best way I get ready for a fight. I like to be relaxed. Some of those old Bob Marley cool songs. I get relaxed and not too into what is going on. I like to think about peace and love because if I go into the fight listening to DMX or something to get me pumped up I will immediately have anxiety and blow my load in the first 30 seconds. I will just rage it out. The more relaxed I am the more it helps me in the fight. Usually just stuff along the Reggae genre gets me ready for a fight.”

BJ – “I used to get a lot of Allen Iverson mixed with Nelly. I don’t know who I look like anymore. People at my family reunion told me I look like a more muscular version of my dad. I can see that. I think I have an original face. It’s whole new look. I go the grit, the grime all that in there. There is a little twinkle in my eye too. I got everything in there!”

TR – Best dinner guests? Three people, past or present, who would they be?

BJ – “The first person I would like to have dinner with is Bob Marley. He is someone who is an idol of mine. We actually share a birthday, too. He is somebody that is very inspirational to me. He always shared and spread a great message. I would like to sit down with Martin Luther King, Jr. as well. He was somebody that I didn’t get to experience in my time. I would like to sit down and listen to him and talk to him about everyday things. If I could do it again I would bring back my father. He died when I was nine. He really got me into wrestling and competing. I would love to bring him back to dinner to talk about what’s going on, his grandson and things like that. So I would say Bob Marley, Martin Luther King, Jr. and Jessie Jenkins, Jr.”

BJ – “I have been through so much in my life and so much in my career that the best lesson I have learned is that you need a good support system. The people around you affect what you are doing, whether it’s good or bad. Whether you believe it or not. If you are hanging with bad people bad things are going to happen. If you are around good people good things happen.”

By 'Beautiful' Bob Meloni 6 days ago