If you have not seen or heard of the Daukaus brothers, you aren’t paying attention to the regional mixed martial arts fight scene in the NJ/PA/NY area.  Chris, a heavyweight, is the second ranked in his weight-class in PA and has been a wrecking machine with five straight wins, including four knockouts in a row to move to 7-2.  He is fresh off of a highlight reel finish at Ring of Combat 65.

His brother, Kyle, remains undefeated at 4-0 and is also second ranked in the PA middleweight division.  Kyle has finished all four of his opponents by submission.  Kyle will now follow his brother’s lead and bring his immense talents to Atlantic City, N.J. and perform for Louis Neglia and Dead Serious Promotions Ring of Combat.  ROC 66 is scheduled for November 16 at the Tropicana Hotel and Casino Resort.  The younger Daukaus will take on fellow middleweight Dustin Long (7-4) in the co-main event of the evening.

Kyle is a very cerebral dude and he fights the same way.  You won’t see him running around wasting energy or screaming trying to pump himself up. He’s very savvy and technical and despite his four submissions wins, can knock anybody out.  He and his brother are both certified Bang Muay-Thai instructors at Martinez BJJ where I stopped up to talk to him and grab this interview.  Please click on the link above to see the full chat.

I will be cageside for Ring of Combat 66 with live results and updates as well as some photos.  Please stay tuned to MyMMANews for all of your MMA needs. 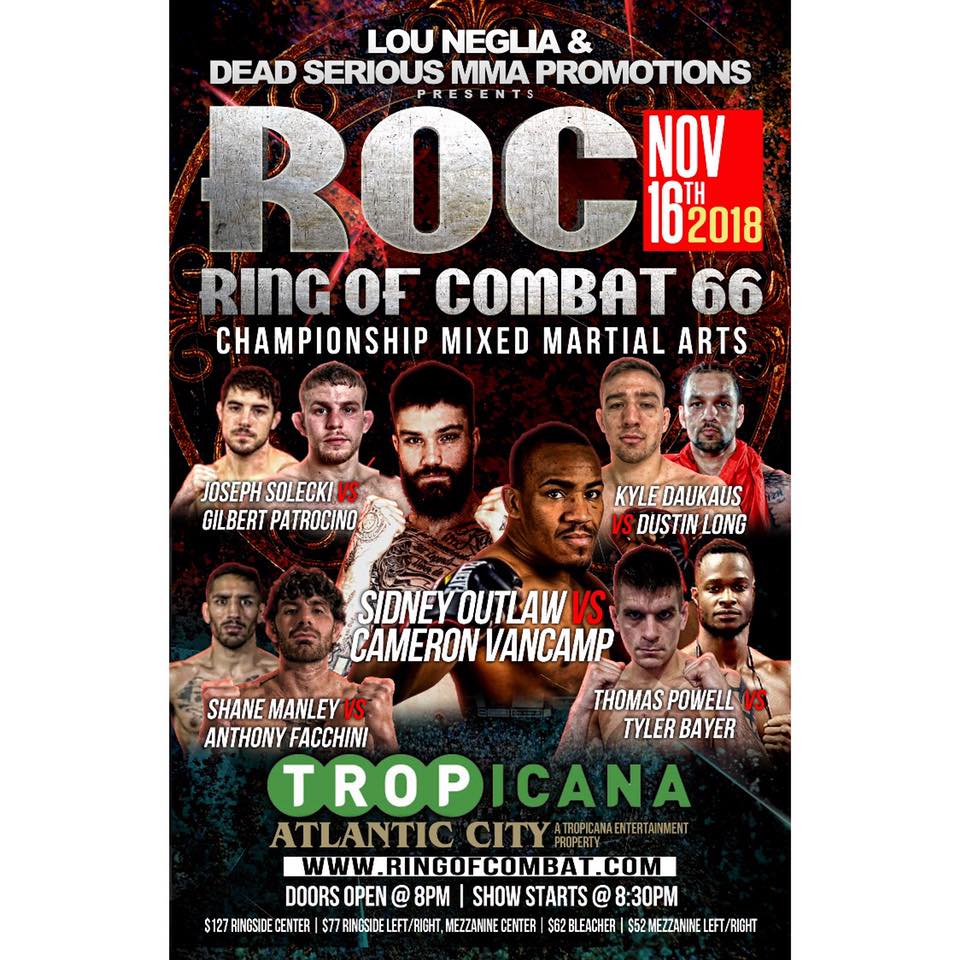 By Dylan Bowker 40 seconds ago