The UFC has been around for a fairly long period – more than 27 years of UFC history. It’s one of the most popular sports worldwide and is renowned for its intense, thrilling action. Many are attracted by the punching, kicking, and combination of slick moves that are not in other similar sports.

Since the inception of the UFC, there have been hundreds of athletes who have come out to fight and compete for titles. There have also been thousands of matchups, and we currently have more than 100 UFC champions. However, only a few of these athletes have made their mark in history and proven themselves as the best at what they do.

A lot of action goes down in the UFC ring. Lovers of MMA and UFC have constantly debated who is the best fighter in the history of the Octagon. When you consider all the soldiers that have graced the ring and the numerous changes that have rocked the sport, it isn’t easy to come to a final decision.

However, some great names have done enough to be called the best fighter in UFC history. In this article, we’ll take a look at some of the biggest names in the history of this sport.

It would be disrespectful to list the best MMA fighters in history without including Anderson Silva. When you consider that he was the UFC Champion for nearly a decade, it’s quite clear why he makes this list. Silva was undoubtedly the greatest MMA fighter in the early 21st century and dominated the UFC MiddleWeight division for seven years. Before he finally lost his title to Chris Weidmann, he has successfully defended it on ten different occasions. Anderson Silva also won 16 straight fights up till that moment.

The Brazilian began his career in 2006 and quickly rose to the top in Japan and the United Kingdom. Silva’s rise to prominence came when he was the right man to defeat the tough Chris Leben. This catapulted him to the top, and he got a shot at the UFC Middleweight title. Well, he won the title from Rich Franklin convincingly before he had spent a year in the division. 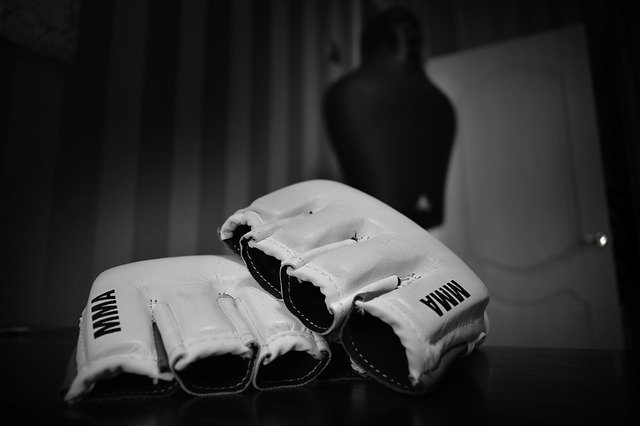 Only a few fighters have been able to boast an unbeaten record in the crazy and frantic world of UFC. It’s difficult enough to stay unbeaten in the promotion, but staying unbeaten even with a title to your name is practically impossible. Well, only a few people have been able to do it, and one of them is Khabib Nurmagomedov.

Starting his career in 2013, it didn’t take long for Khabib’s greatness to shine bright. What makes Khabib Nurmagomedov’s career so crazy is that no one beat him till he hung up his gloves in October 2021. He will forever be remembered in the lightweight division, and no one may be able to fill his shoes. Many would have enjoyed betting on a character like him in any of the fastest payout online casino Australia. Khabib started his UFC journey in 2012 with an impressive 16-0. By the end of 2013, he had already increased his tally to 21-0. Soon, everyone considered being a title contender. Despite some injuries that threatened to derail him, Khabib Nurmagomedov stayed at the top till his last victory.

When you read the stories about Georges St. Pierre and Khabib Nurmagomedov, you’ll wonder if anyone could top their records. The man with a better UFC history than the other notable names on this list is Georges ‘Rush’ St. Pierre. Without any doubt, St. Pierre is the best MMA fighter in the history of the UFC. Rush started his welterweight career picked up 20 straight victories.

Notable names that fell to Georges St. Pierre include Frank Trigg, BJ Penn, Jason ‘Mayhem’ Miller, and Sean Sherk. In a revenge matchup, he beat Hughes to claim the UFC Welterweight title. Since that time, he has dominated the division and has defeated many world-class fighters to stake his claim as the best fighter in history. The best thing about Georges’s St. Pierre is that when he gets knocked down, he always comes back tougher.

And that’s all on the best MMA fighters in UFC history. UFC is a highly competitive competition with tough fighters in every division. These men have been able to stand tall and stake their claim as the best in whatever ring they competed. Each soldier is different and surrounded by other circumstances. But despite their different backgrounds nationalities of fighting styles, they are renowned for excellence.