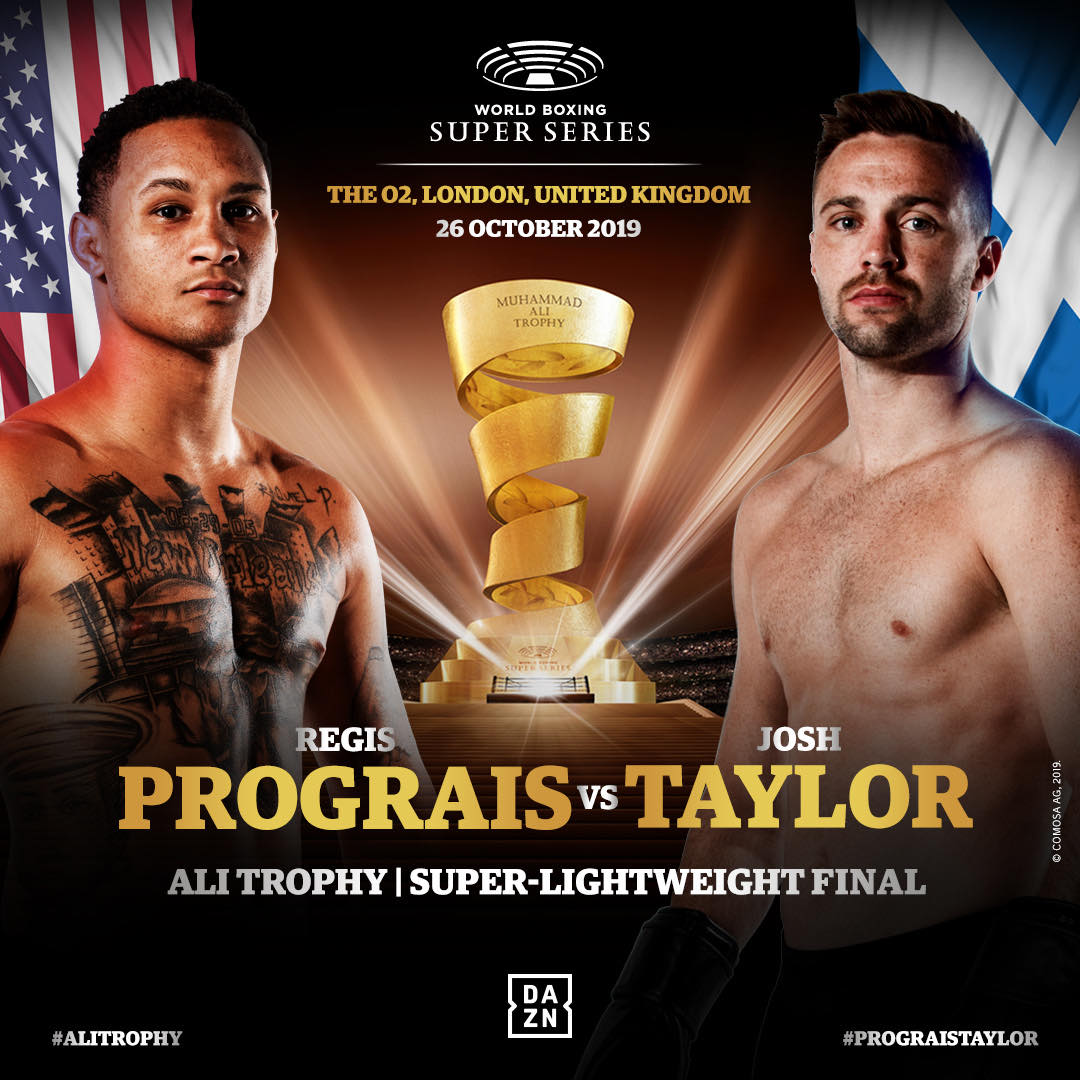 The World Boxing Super Series is coming to the finale for the super lightweight division. Two contestants, Regis Prograis and Josh Taylor, have battled some of the best the division has to offer in a Grand Prix style tournament and are now fighting for the Muhammad Ali Trophy. Prograis-Taylor features two undefeated fighters who will be throwing down at The O2 arena in London on October 26th.

This is the World Boxing Super Series’ second season. Kalle Sauerland, president of the WBSS, said, “There is an incredible vibe around this fight. From the fans and from the camps. I think both Prograis and Taylor are desperately trying to get that upper hand mentally which I’m sure will build up to a very intense face-to-face at the weigh in.”

The Best Against The Best

As mentioned earlier, both fighters are two of the best the division has to offer. “The fans are getting two undefeated world champions who have fought their way through other world champions to fight for the Ali trophy. So it’s truly the best versus best. Prograis-Taylor is the caviar of boxing.

As for what fans can expect, Sauerland believes it will be a tightly contested bout. “It’s a 50-50 fight between the number one and two in the division. It’s one of those fights that’s got ‘Fight of the Year’ written all over it. It’s going to be fireworks, that’s for sure. But who and how he’s going to win is impossible to say, it is that close.”

Both Taylor and Prograis have styles perfect for an exciting fight. “They are both punchers and huge personalities but there are differences. Josh is a fighter who likes to stand up and fight and go for someone whereas Prograis so far in the tournament has picked his shots from the outside jumping in and out and he’s very slick at doing that.”

The O2 arena is a legendary boxing arena. Having this giant fight in the arena will be an insane experience. “The O2 is an amazing venue for boxing. My first fight promoted at The O2 was Kessler0Froch II and I remember the noise at the ring and walks and during the fight. It was second to none. Prograis-Taylor has the same potential to lift the roof. The unification of two undefeated world champions for a trophy in Muhammad Ali’s honor is not something you’ll have a chance to witness every other day.”

You will be able to watch Prograis-Taylor on DAZN as well as all of the other WBSS series finals.

By Ryan Sprague 2 days ago

By Pat Donohue 2 days ago

By Mary Hartman 2 days ago

Fury and Wilder both expected to put on weight in rematch

Boxing to See This Month – February 2020: Garcia vs Vargas Card

By Matt Bricker 1 week ago