We’ve chronicled the horrible stories coming out of Iran and it’s mistreatment of their citizens, and as we’ve spotlighted, it’s athletes. Since last September, we’ve gone over several horrid cases of the regimes murder of its athletes. Several athletes and activists from the United for Navid movement, including Sardar Pashaei, have sent letters to the International Olympic Committee begging for notice and action.

In a letter sent on the fifth of March, representatives from United for Navid have reached out to the IOC asking for action on the Iran National Olympic Committee for the crimes against humanity perpetrated by their government.

“Many athletes have been murdered, tortured, beaten arrested and denied access to competition and sport,” the letter said.

Adding on, Sardar Pashaei said to United for Navid, “The IOC must immediately take action and open an investigation. There is a grave fear of retribution for those that come forward, a very real fear not just for individual safety but for the safety of their families. Human rights are athlete rights, and athletes need the IOC to uphold the Olympic Charter and protect the Iranian athletes.” He continues, “Navid Afkari’s death will not be in vain, we need immediate action to ensure these horrific actions stop immediately.

The section of the Olympic Charter Sardar Pashaei is referring to is Article 27 which says National Olympic Committees are to act against any violence or discrimination in sport, and the Iran Olympic Committee has turned a blind eye.

Check out the full release below: 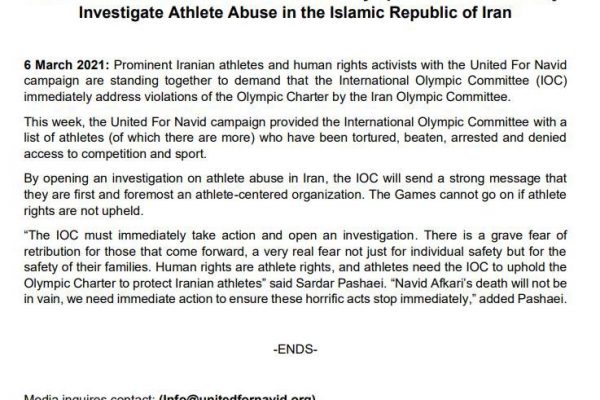 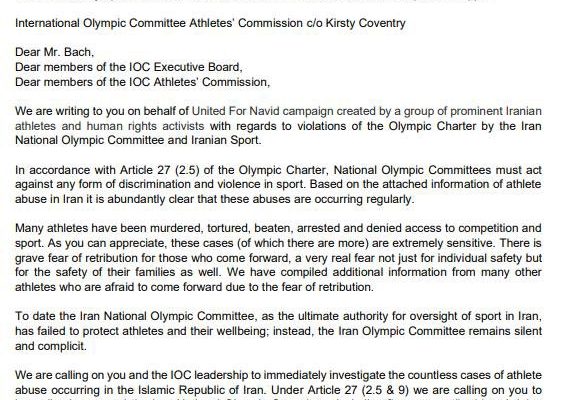 Sardar Pashaei And The Iran Issue

Sardar Pashaei referred to the murder of Navid Afkari in his statement. The Olympic gold medalist has been at the forefront of speaking out for his countrymen.

Earlier, My MMA News covered the conspiracy behind Majid Jamali Fashi and the alleged assassination of a “nuclear scientist.” All of this coverage started out with the murder of the aforementioned Afkari. Follow our coverage below and stay posted to My MMA News for all the latest news surrounding the crimes against humanity in Iran.

The Most Anticipated MMA Fights in 2022